I had problems hovering cities around the worldmap while riding, and i wished there would be some kind of world manager window listing all globally known locations with some sort of filter (by production, by garrison e.t.c.), a info window for locations (that stays open!) would be great too and a locate button in both of these menus to fast locate the city on the worldmap. I know something very similar already exists within the encyclopedia. But the encyclopedia isn't very easy to find/open and it doesn't seem to really fit inside a encyclopedia because it's constantly changing information.

Settlements, Heroes, Kingdoms and Clans need thier own managers/lists directly accessible from the overworld map. And the filters should be above the list not on the left. The Eventlog needs to be more centered and bigger too.
Troops and Concepts fit well inside the encyclopedia. But the encyclopedia needs to be directly accessible from the overworld too.

Those changes would drastically improve the flow and the overall game experience. 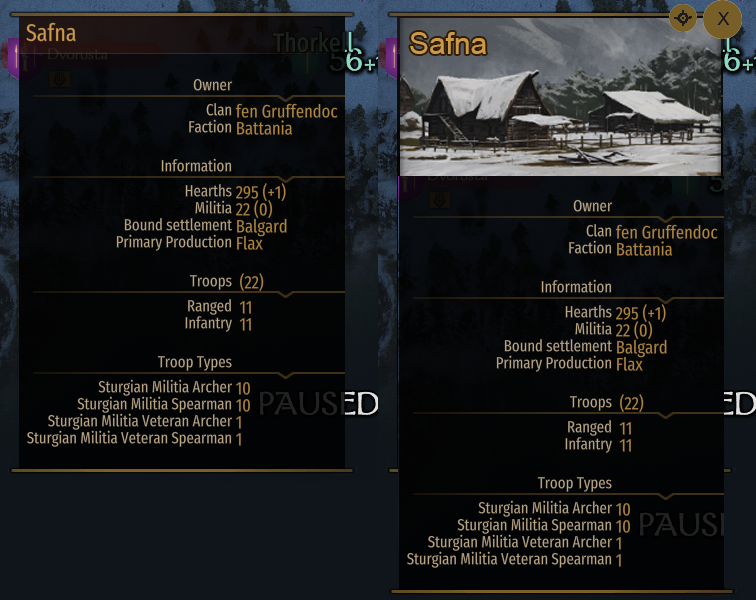 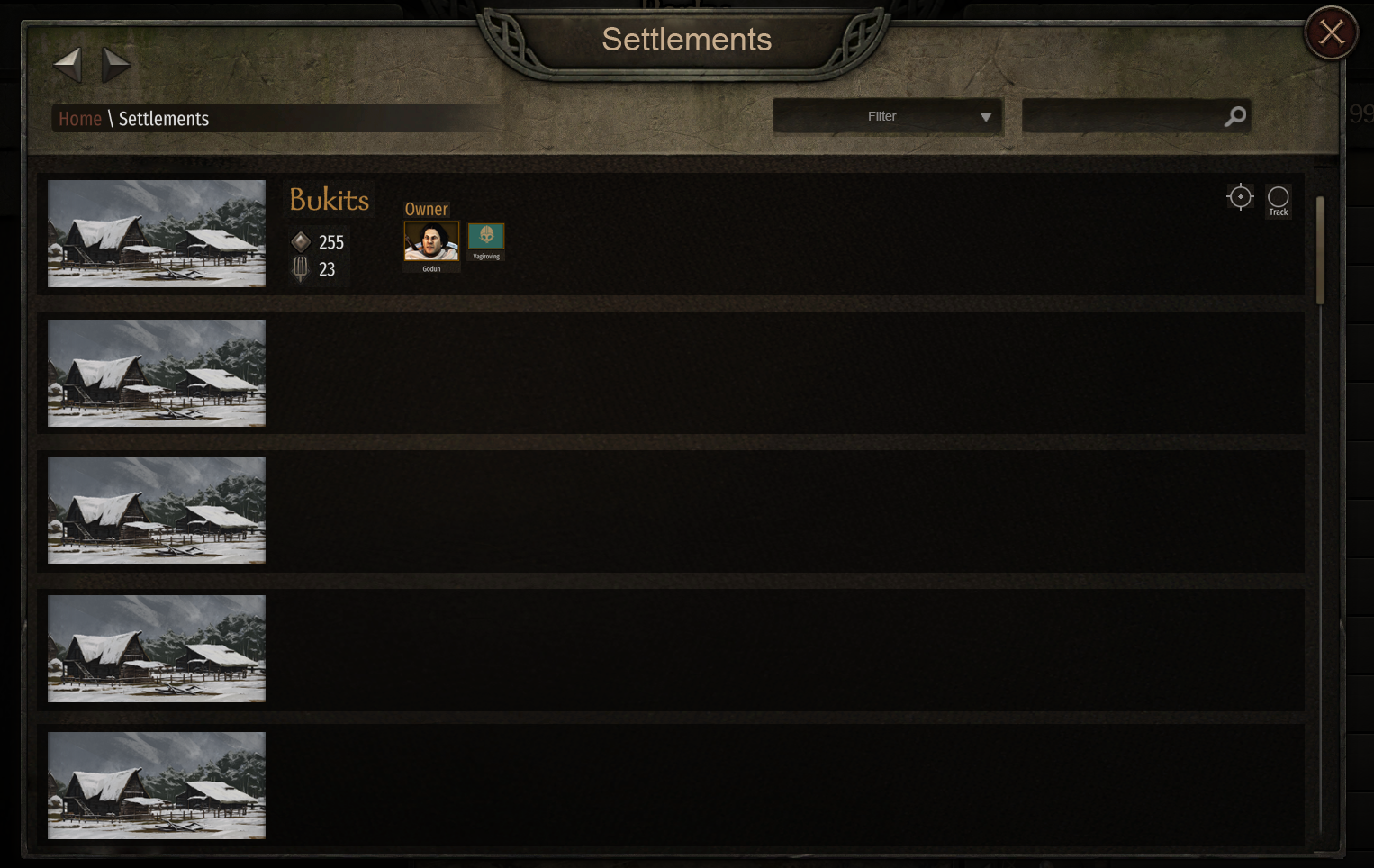 And something similar for Heroes, Kingdoms and Clans.
The idea behind the Settlement Manager was that i could set lets say "Filter: Production Clay" and it would list me all clay producing villages.
After that i could click the locate button and just travel to the city. Would make trading much easier.

I really like this idea, i think it deserved a place in the curated threads.

I love this idea too I find my self using too much time in encyclopedia and pls the ability to hide / show city names or filter them by categories like kingdom/clan/Size/culture/goods
You must log in or register to reply here.

Resolved Was granted unrestricted access to settlement functions after sneaking in

Friday at 7:45 AM
MArdA TaleWorlds