Summary: Whenever I enter a bandit hideout, there are two of me. The clone is not commandable and remains at spawn (but bandits can attack him). This bug may have been caused by being knocked out in a prison break earlier; it only started occurring after my first (unsuccessful) prison break.

How to Reproduce: Load the save I uploaded, attack the bandit hideout, notice the 2/2 player-characters when choosing characters to enter hideout, and also turn around after spawning to see cloned character on the battle map.

Have you used cheats and if so which: No 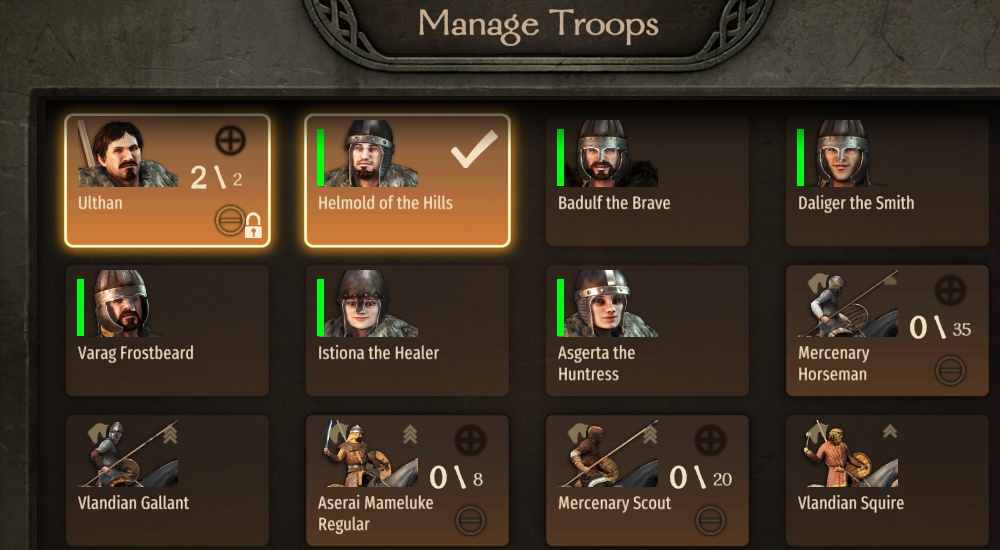 It's from failing prison breaks (in neutral fiefs), getting captured will get rid of it.

We are aware of this issue. Developers are working towards a fix at the moment. Thanks for reporting.

I've been informed that this bug is fixed and will be sent to the game with further patches. Thanks for reporting and sorry for any inconvenience!
You must log in or register to reply here.

Resolved [1.6.2] Issue with setting the role of characters in the party

Resolved Text issue - name of clan does not appear in news