Duke of York and Albany's Maritime Regiment of Foot

The Duke of York and Albany's Maritime Regiment of Foot - MRF​

The 'first official' unit of English Naval Infantry, originally called the Duke of York and Albany's Maritime Regiment of Foot and soon becoming known as the Admiral's Regiment,
was formed on Tuesday, 28 October 1664, with an initial strength of 1,200 infantrymen recruited from the Trained Bands of London as part of the mobilisation for the Second Anglo-Dutch War.​ 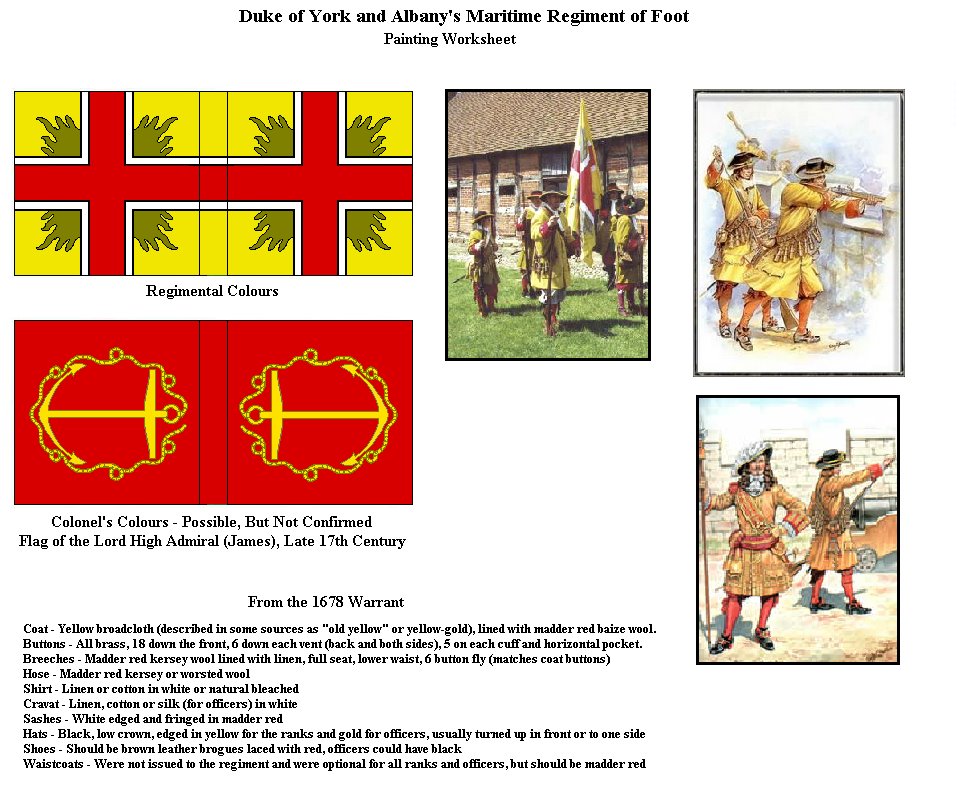 A marine of the Regiment, 2nd Anglo-Dutch War​ What can we offer you?​

A mature gaming community from all walks of life - We follow a non discriminatory recruitment policy, which means so long as you demonstrate a willingness to comply with regimental rules, and show enthusiasm for personal development you're guaranteed to be accepted, regardless of nationality or religious views.

Chance for promotion - MRF (Maritime Regiment of Foot) is a relatively new regiment within the community, and there is plenty of room for expansion, and a chance to earn yourself a position of responsibility along the way. Promotions will be given on a basis of demand, deserving merits, personal skills and regimental population, -NOT- as a cheap reward for prolonged service.

Socialisation - We believe in getting to know every member of the regiment, and will never enforce permission to talk during battles unless absolutely necessary. We offer a great, interconnected gaming community outside of The Deluge over a range of mods and games.

Yes, I'm aware of the setting. But seeing as historical battles are arranged, set in 1683, I assumed it wouldn't matter all that much.

This 'kind folk's' attitude is one reason why the Deluge community is struggling...

This 'kind folk's' attitude is one reason why the Deluge community is struggling...
Click to expand...