New Ships are seen at the east coast of Britannia!
Hundreds and Thousands of new angle settlers are on the way to Britannia to conquer Briton Land and they are led by Eappa the one eyed, the twin brother of Cyning Eafa Cuthwulfing.

He have heard rumors of the great achievements of his Brother in Britannia and now he want to see this with his own eyes
and he want to help him conquer the rest of the Briton Land so he sent a message to Eafa, that he offer will his sword
into his vassalage and he called the warriors of his tribe to take up arms, to become famous and rich in the Lands of Britannia.

"Warriors of the Angles, I'm sure you heard about my brother Eafa, a few years ago he set sail with Beron to conwuer new Land at the Isle of Britannia and he becomes a King himself! He have many good warriors who fights with him and the situation for the Britons is very bad, so no is the perfect time to advance over the last Lands of the Britons! Everyone who is man enough to try the dangerous jouney above the sea to support my brother in his war, shall now go with me to get a new and better home in the rich land of the briton dogs, take your families with you and tomorrow we will set sail, to vbecome famous and rich! to became legends!" 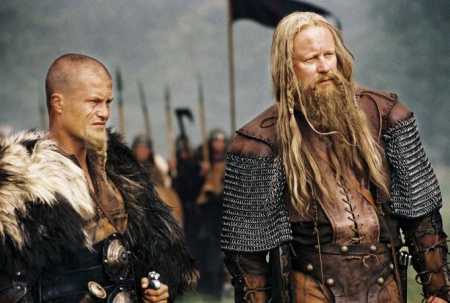 Many Warriors and their families followed his call to arms and now his Armada of fierce and well trained warriors is on the way to the shores of Britannia to slaughter Britons and get rich in their lands!

A pity that these men live and breath on this earth but I guess my Romans shall enjoy killing fresh meat.
You must log in or register to reply here.

Improving cities and the property