With a better UI in the diplomacy screen, we could have all basics informations we need on 1 screen.

This is paint job, don't be rude I'm not any designer
This is to show an idea of what I imagine 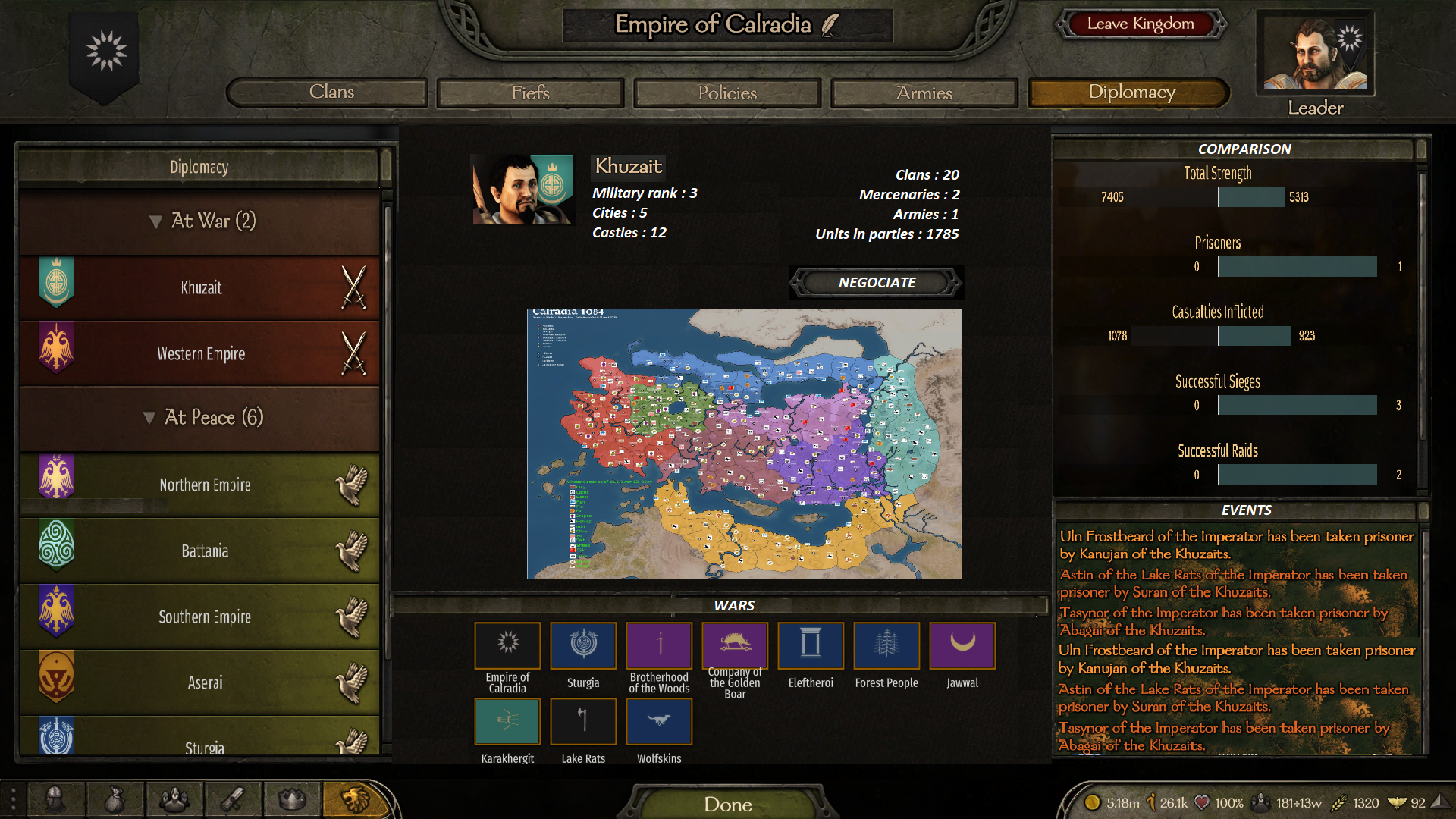 On the left : faction lists. Minor factions should probably be added a way or another with their own informations.

On the right : the actual comparison and all the log with the name of this faction.
Adding something like "2 days ago" right next the events could be great to understand what the AI is doing, where he was etc... still without going on many screen in the encyclopedy. We could also imagine add the siege/raid informations to have everything that happen (Khuzait take Poros from Nothern Empire i.e)

I really think something like that could be cool and greatly improve the "strategy"/Diplomacy UI.

Hope you'll enjoy because the actual readibility of such informations is really a bad/complicated point.

I would also add more information in fief menu. F.e., at least, info on whether a certain fief is besieged or no.

I would also add more information in fief menu. F.e., at least, info on whether a certain fief is besieged or no.

Yea that could be great too.

In this suggestion I forgot to add another thing I was thinking of...
In the logbook, it could be VERY usefull to have links to the encyclopedy o to the map in addition to the time when events happenned.

So that, when you read that "Astin of the Lake Rats has been taken prisonner", you can click on the name "Astin the Lake Rats" and see in the encyclopedy his last known position. Same for settlements... "Poros is beseige" / "Alosia is raided by..." => link to the encyclopedy so you can track Poros or Alosia (or direct link to the map in case of fiefs).

That could bring many strategy in the game without changing anything.
Actually it's too complicated, informations are everywhere and you don't (have time to) see them.

No one else interrested ?
Up needed because if suggestions don't have the minimum answer/view it's not seen by devs...

I also forget to say that according to me, if I'm one the khuzait diplomacy screen... The territories holded by khuzait should be colored on the map... While everything else should be grey.

This map is the only one I could find and I don't know how to add filtres... This is just to have an idea of what that window should be.