Last week, we had a look at the politics, history and personalities of the three imperial factions. Now we'll see how they'll be represented in-game.

Callum , will we get a new gameplay video ?

Imperial cataphracts are also designed for opportunistic attacks that benefit from being timed more carefully than the Vlandian steamroller. We've given them two-handed kontos lances - a slight anachronism, as these are more late ancient than early medieval weapons, but we think it will add interesting variety. Without the shield, a frontal charge by cataphracts might more easily be disrupted by missile fire, but if the enemy doesn't have supporting missile troops, then the extra reach of the kontos can be devastating.
Click to expand...

Sounds great, I like that these quite similar units will play differently.
Also: Yay, Varangians!

Game play video or maybe put lots of hidden images in the blog we have to find we'll be of your back for ages.

Nice to see multiple (not only 2) minor factions mentioned.

Now that we have the time reference for each faction, we also know they are all over the place. So at least there won't be much of a point on discussions about it anymore

who in the tumult after Arenicos' death have formed a mercenary outfit.
Click to expand...

Now I want to join them, kill the leader and take his place, and work as a mercenary, GOT style.

Don the purple robe, or trample it into the dust under the hooves of your horse: that is your choice
Click to expand...

For next weeks blog, I would like to know if the engine is completely finished or if changes are still being made to it.

Also a little confused on the minor factions. So each Imperial faction will have one? And which ones belong to who? Varangians for the Empress Rhagaea I assume, but which minor faction is for Lucon and the general dude Garios? Also which one controls which section? north, south, west

I'm interested in how all this lore about faction/subfaction origins and loyalties will be divulged to the player within the game itself.

Presumably we aren't going to have to trawl through pages of ancient forum posts to remind ourselves?

Wow !! It's all there and as well represented as we desired. I'm so proud i guessed right about varangian guard and horse archer mercenaries but there will be acrites also !!!

Good blog,Good Blog but a gameplay video won't hurt , I mean it can even be multiplayer by the devs or something , Please we need something fresh .

As in all the realms of Calradia, regional variation throughout the empire will be shown largely through minor factions. Imperial border areas tend to be rougher and more chaotic than the heartland, and in the game are represented by frontiersmen. Though fiercely loyal to the empire, they adopt many of the ways of the warrior-tribes they face, from weaponry to a preference for blood feud over courts of law. The Watchers, in the northern hill country, represent the Akritai, the famous Byzantine borderers of Anatolia. In the south and east, colonies of fugitives and free-spirited wanderers have learned to live and ride like the steppe peoples they fight, forming the Eleftheroi. These are based on the Cossacks -- Third Rome rather than Second, admittedly but probably not much different than those who guarded the Byzantines' Black Sea frontiers. And of course we have a faction based on the Varangians, the fearsome Nord guardsmen of the Emperor, who in the tumult after Arenicos' death have formed a mercenary outfit.
Click to expand...

I've been thinking about making a thread about this. Border areas of the Empire having been influenced by the neighboring cultures. A similar system regarding minor factions came to my mind, for example Aserai/desert influence in the Southern Empire being represented by a minor faction resembling Ghassanids.

Many thanks! I've been waiting for this blog for so long and finally read it. The Empire is beautiful, I really like how the game looks! Excuse my bad English, I'm writing through an interpreter.

If you are going to try and do the highlights, get it right: "Improvements to the morale calculations, such as a shock effect from taking down a large amount of troops at once, can make tactics such as flank charges more effective". That's an important distinction; killing or wounding a lot of soldiers in one go will have a greater effect on enemy morale than if the same number died over a longer period of the battle. It's a change from Warband and useful for players to know, since it should be important in battle.

I love the screenshots btw.

I hope you show more about light cavalry. I wonder if AI can make envelope maneuvers and feigned retreats. 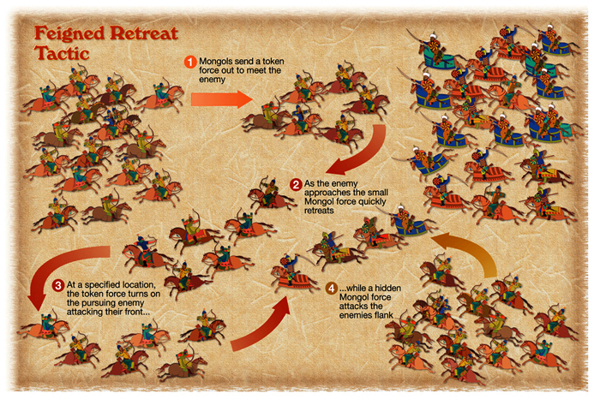 What is the origin of Emperor's bodyguard? Maybe Vaegirs? Vaegirs Guard?

Not bad but I was hoping we'd be told how you gain power in the empire... I guess we kinda were but this was not what I was expecting by that.
You must log in or register to reply here.