Out of curiosity, does the play HAVE to be the leading commander if game decides this, or can they decide to hand it over to the next highest and then pick a unit to command instead?

Conversely, if the player has the highest rank and is assigned as the commander, then they will be given total control over the entire army during the battle. In this case, the player is still shown the menu but can’t change anything and just has to proceed after reviewing the information
Click to expand...

So we won't be able to choose which lords or companions lead which troops?

Sounds excellent. I especially like that nobles go for prestige, rather than tactical viability (may still coincide, of course).

Is it also possible for the player's rank to be so low, for example as a mercenary, that they can't choose a commanding role at all and have to fight as a common fighter?

It's not clear to me. Battle orders = Sergeant mode? An undercover freelancer?
I would have to see it in action...I want to like it; however it is not well explained...or I have not understood it well...

Interesting. I would have expected the overall commander to choose which commander gets what, and then lose/gain a tiny bit of relation with each lord if you give them something unbecoming of their status. I still have a lot of questions. Such as how command actually works. So when you are commander what do your subcommanders actually do? When an AI lord is the overall commander, do the other AI subs have their own free will such as the player to control their formation, or is the player the only one?

So it means that when you bring an army to a battle of your lord/faction your troops are dispatch trough the different units. Who decide how many and which units there is ? Maybe your companions can be chose as units leader but by the AI. The system is interesting cause it show well the fact that every lord were responding to a call to arms of the "ost" this also makes sense to regroup all your archers your cavalary infantry etc... so this system is quite good i think ? On a gameplay side it will be much easier and effective to just command at archers than command 5 cavalry 10 archers and 10 infantry like in warband while trying to follow what the other lord is doing.

This I like!
It's nice to see the status of the player and AI lords reflected during battle. Also the progression, it is nice to gain more influence and because of that see your presence has more weight during campaigns (And off course the common sense to put all cavalry, infantry, and ranged units together instead of all spread out all over the place)
This is a good thing to have in the game, Does this system also mean the AI lords are more interested on gaining your support for a campaign if you are sufficiently influential? By that I mean that they are actively seeking the player if they plan a campaign, or send a runner or something. The latter is already the case in WB, but it would be nice to have AI lords 'refuse' to go on campaign if you are not joining for example. And does the commander of the army give orders? 'reinforce flank X, charge weakness in enemy line at position Y, when commanding cavalry for example

I hope it's also possible to rise through the ranks if you chose to start the game as a 'peasant', is there any information about that? I might have missed it in previous blogs, but if it is a subject not discussed yet I hope it will be in the future, that would make the game perfect in terms of progression and character growth during a play through in my opinion.

Conversely, if the player has the highest rank and is assigned as the commander, then they will be given total control over the entire army during the battle. In this case, the player is still shown the menu but can’t change anything and just has to proceed after reviewing the information.
Click to expand...

Just a question too : is it still possible to command only your soldiers on a battlefield like in warband (not only a certain kind of troops, but your archers along with your infanterie...) ?
If I happen to loose my whole unit of archers because of a foolish lord, I'm going to be sooo mad

It's interesting you want to develop a command - chain system, but i believe it would be rather superficial without mechanics. Will lords give feedback according to your performance? I know it's hard for AI to measure but i can see simple ways to measure it like amount of damage dealt by your troops. Some other things would be if your troops did escape or if your troops caused some enemy troops to escape. Your leadership skill would matter here. These scores can show if you were a successful sergeant or not; and good performances can increase your commander rank and skills like tactics & strategy.

Edit: And also, i think commander mechanic makes treason in battles pretty possible and interesting. As a player imagine a big lord of yours betrays you on the heat of battle and does not attack enemy or attack to you directly. It would be pretty interesting. You can consider it

I usually have a group in my armies in Warband called "Fodder", which consists of raw recruits and peasants. It would have been nice to have been able to assign the role of leading this group to some rival clan leader whom I wouldn't mind not surviving the battle! But I guess if they're a high rank, they're unlikely to choose that one. Ah well.

Still, I guess as Commander you can still send one detachment on a suicide charge in order to try and get rid of its leader...
But then, if they end up surviving and getting lots of kills with their men, they'll earn a big bunch of prestige/influence/renown/whateveryoucallit?

It sounds like a good system, anyway. Interesting possibilities.
I like that you can choose to go in as a simple warrior without command responsibilities, too.

I notice in the first screenshot that there are two "Cavalry" groups. How is that determined? How are the groups determined in general?

vicwiz007 said:
When an AI lord is the overall commander, do the other AI subs have their own free will such as the player to control their formation, or is the player the only one?
Click to expand...

Think about in the heat of battle the player being abandoned by subcommanders. Wouldn't that be a sight.

Do we need companions to have leaders to our units ? In our own army. If no companion only one unit with every troops in it ?

Me after reading the blog: 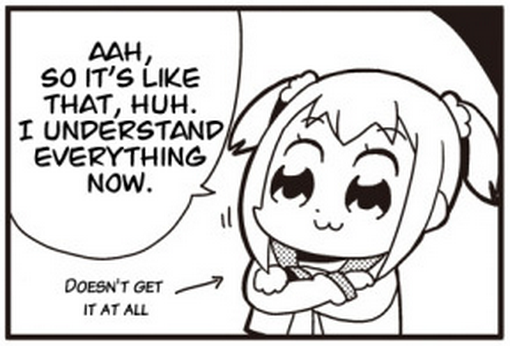 Something that is not clear to me is, if an NPC or the player has the rank of Marshal should he pass directly to command the battle?

In case we have a mercenary contract like in the native, I think it would be better if we could keep control of our units

It's not clear to me. Battle orders = Sergeant mode? An undercover freelancer?
I would have to see it in action...I want to like it; however it is not well explained...or I have not understood it well...
Click to expand...

Yeah, I’m pretty sure this is what we saw in the sergeant gameplay. If the player is not commanding as a whole, they become a sergeant.

Callum_Taleworlds, this week I promise to be a good boy if you come to clarify a couple of doubts that have arisen between fellow users on the subject that concerns us ...

Terco_Viejo said:
It's not clear to me. Battle orders = Sergeant mode? An undercover freelancer?
I would have to see it in action...I want to like it; however it is not well explained...or I have not understood it well...
Click to expand...

Was it not similar with warband? When you joined battles with multiple lords you pressed 0 (all of you, listen) and than 3 (charge) and only some of troops listened (unless you had greater renown or sth). Now you officialy get to command specific branch of realm's forces. Seems legit. Hope it's fun as well.

Even if this just ends up being a mana farm essentially, I like the idea of being able to control a smaller part in a larger battle. It's a lot of fun to (occasionally) fight alongside the AI in total war or an RTS even when the AI itself sucks. Still, I have a couple of concerns:

1. If the AI can control your troops how do you disincentivise the player from just dropping off their soldiers off prior to the battle so they don't get wrecked by uncontrollable decisions?
2. Will the player ever be in a position where they can control the entire army, or at the very least more than one troop type?
3. Does this apply during sieges?
You must log in or register to reply here.
Share:
Facebook Twitter Reddit Pinterest Tumblr WhatsApp Email Link