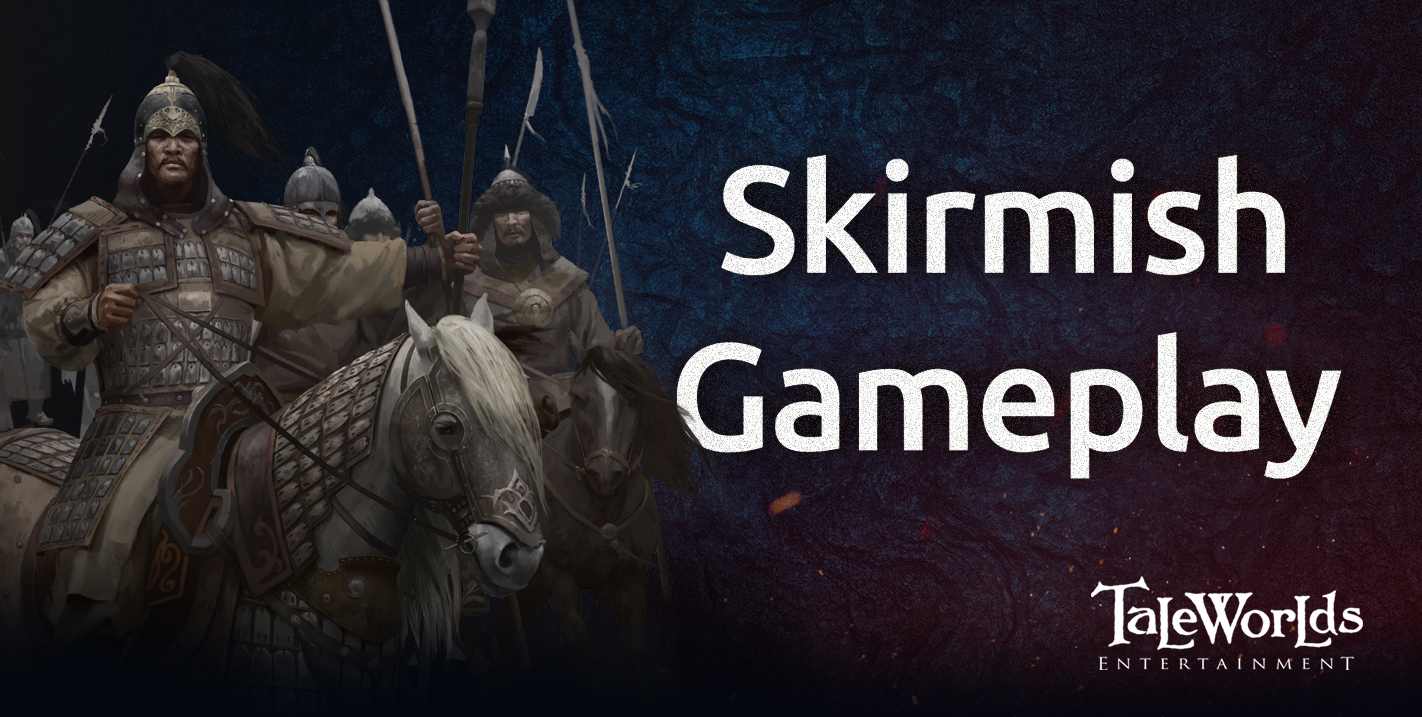 As you know, Bannerlord’s closed beta is well underway! Throughout the beta, we have been introducing new content while working alongside our community to gather feedback, find and fix bugs, polish technical aspects of the game, etc.

This is the next generation of Mount & Blade gameplay.

Thank you for the gameplay natural, not edit.

This is the next generation of Mount & Blade gameplay.

How are the feedbacks from players? I know it's a weird question but are you satisfied with current feedback

HUMMAN said:
How are the feedbacks from players? I know it's a weird question but are you satisfied with current feedback
Click to expand...

We clearly still have a lot of work to do, but the feedback we have received so far is making that work a lot easier.

I was glad to know that you're feeling better first and foremost, and this gameplay video's way more than enough to make up for the absence of last week's blog. It's good to see some raw, unedited footage.

Nice comeback in the match and to the forum.

I think it looks really good. Shields seem to no longer have the invisible hitbox which would block arrows. I would like the option to toggle that arrow tracer however.

The only bugs I noticed were visual and audio. Bodies would twitch/get stuck and of course the usual clipping, and the arrows which were hitting objects around the player were making no impact noises.

So yeah... Looks really smooth, everything looks like it has much more weight to it.

I hope you are all good now, Callum!

So the "bunch of clones on the field" issue some where expressing here in the forum is a non-issue IMO after i watched the video. So now we can move on.

Looks like you are playing on console, aiming with a bow gave it away with its janky and snappy movement, or am i mistaken? Maybe its just a PC gamepad.

Also it just occurred to me now, i hope Bannerlord wasnt delayed this far because of console optimisation, vast majority of M&B gamers are PC players, and they will all buy the game becuse it has such loyal PC community,  so that would be a devastating bussiness decision in my opinion. . .

There's a lot to say about this video but I'm going to start by saying that the movement and movement animations look really smooth.
Way better than I was expecting.

One thing for balance, as far as i see two flags are removed at the middle of the game randomly. I think it's done random, as a player i dont like such gambles to take in the game. Especially if the game wants to go competitive. For this,
-team leaders may nominate which flag to delete in an order(team who's in lead selects first etc.) thus 2 flags are gone at the middle of the game to increase focus in the last battle.
-An algorithm obvious to players decides which flags are removed(total points gained by the flags, flag farest to mean distance of players to flag etc.)
And overall i believe with your great engine, like done in half life, game mods made by the community will became new games like Counter-Strike or Team Fortress licensed by TW. It's kind of natural selection by people, trial and error with creativity always bring the best. There is a great demand for medieval combat i'm sure it can happen Great Footage!

Feeling a lot better, thanks for asking!

Excellent to have some raw footage of the Beta finally! This is exactly what we want alongside the status up date on the progress of the closed beta open beta and single player. Bravo!
Welcome back to the land of the living Callum

Are units passing into each other?The enemy shield enters the man's hull?The immunity limit can be slightly increased maybe

Never really cared for multiplayer but this does look fun.

Clipping should be fixed first and foremost, that shield with javelin bag clipping is just awfull . . . helmets with armor also ugly but not as much.

One thing I really don't like is how your damage/kill log is placed right on top of your character. 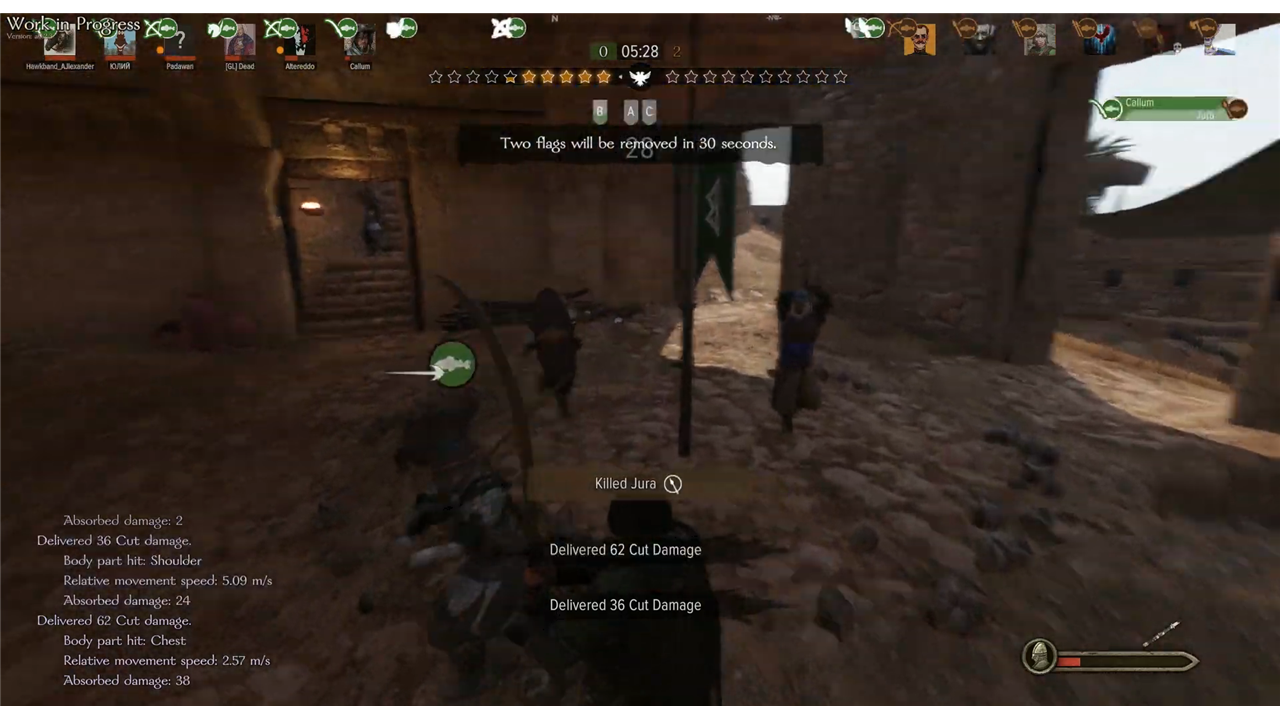 Please let us turn this off. There's already a damage log at the bottom left and a kill log at the top right. I don't need the same thing cluttering up the screen exactly where it shouldn't.

Noudelle said:
One thing I really don't like is how your damage/kill log is placed right on top of your character.