Summary: When a Quest is given and the User sends a Companion to deal with it, and the Quest giver dies before completion, the Companion (alongside any sent troops) do not return. I have had this happen twice in this run.
How to Reproduce: Find a Quest giver on the brink of death and then send a companion to deal with their issue. When they die, note how the companion (and any sent troops) doesn't return and has to be dismissed from service
Have you used cheats and if so which: nope
Scene Name (if related):
Media (Screenshots & Video): 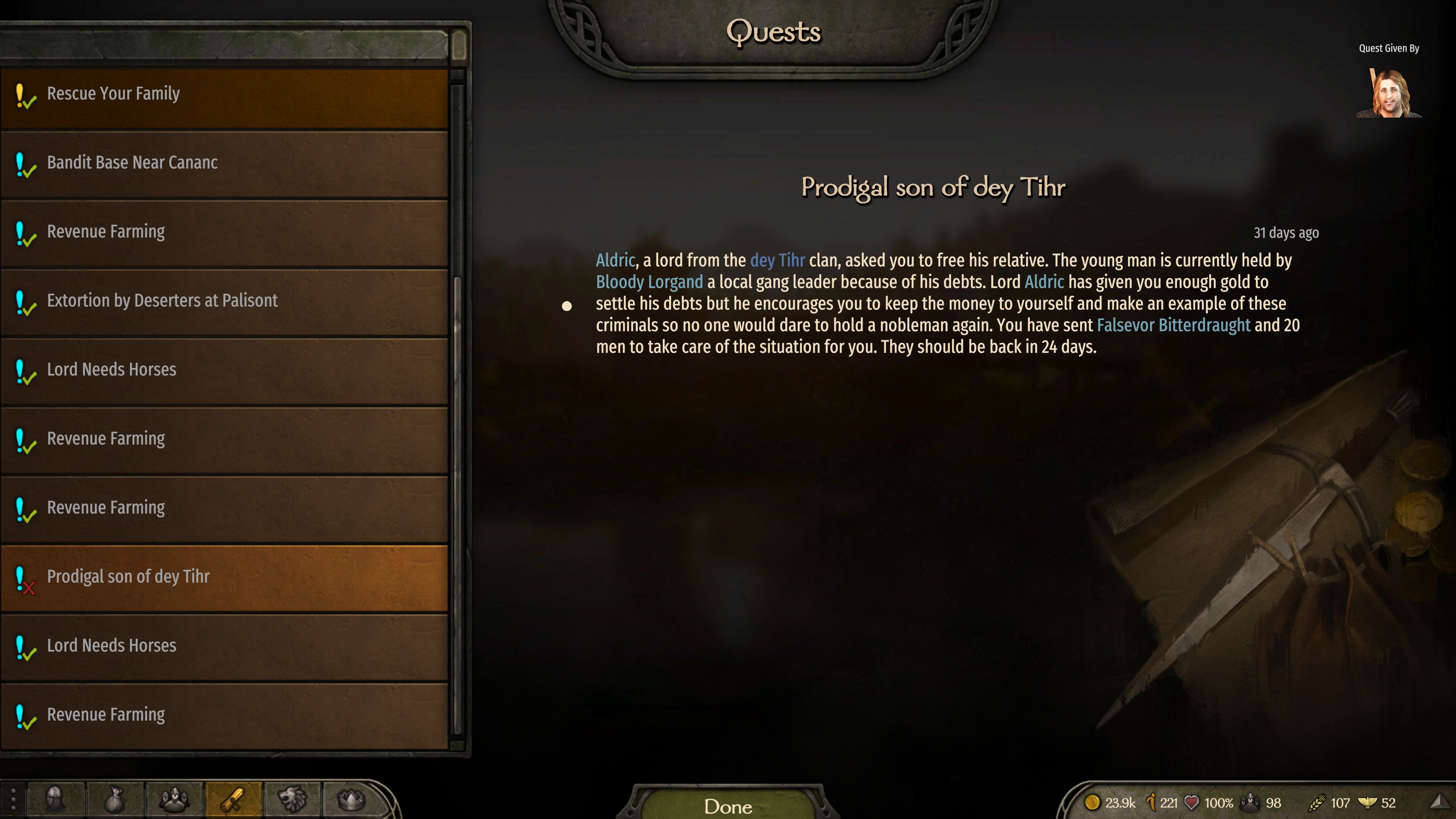 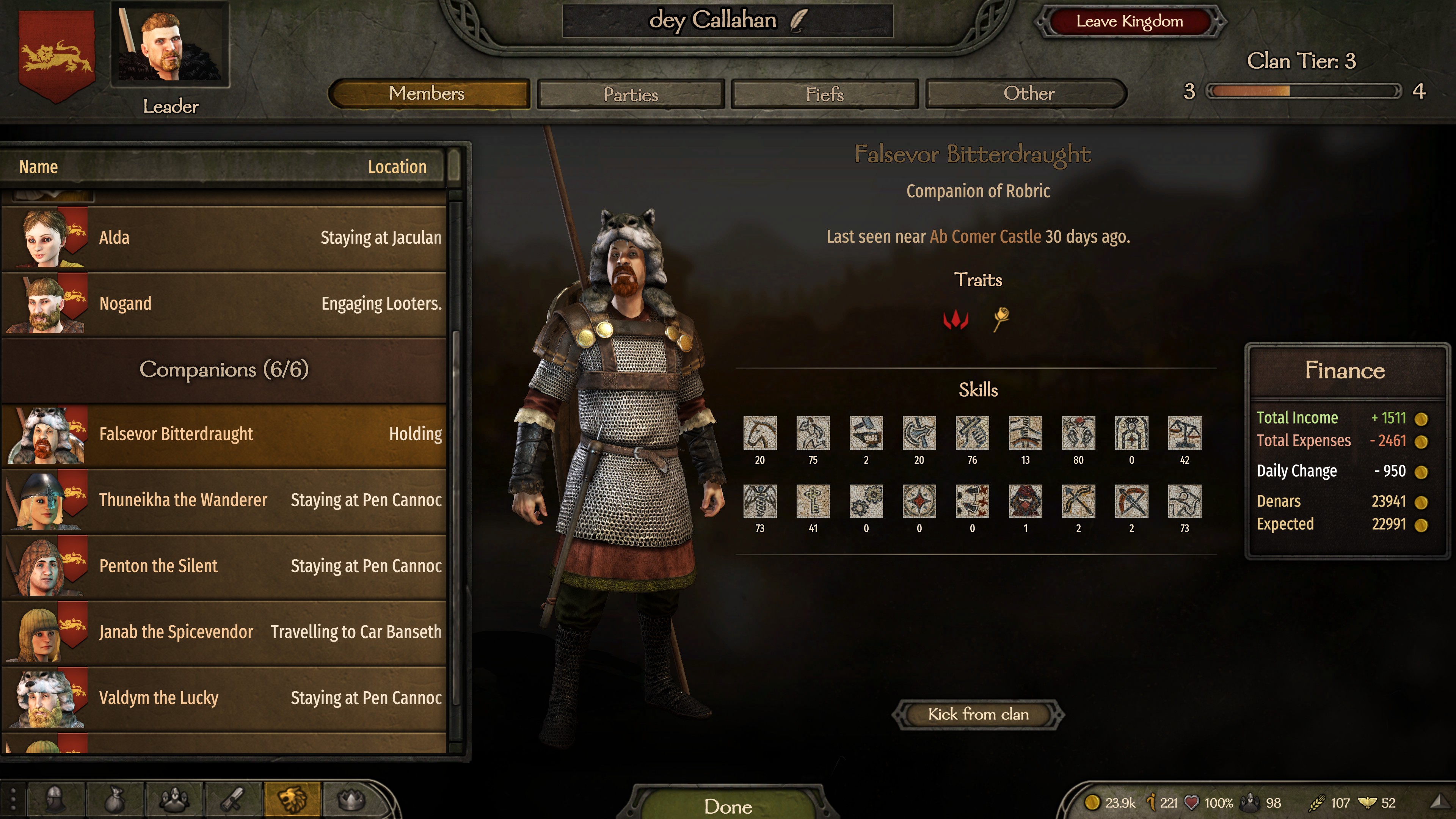 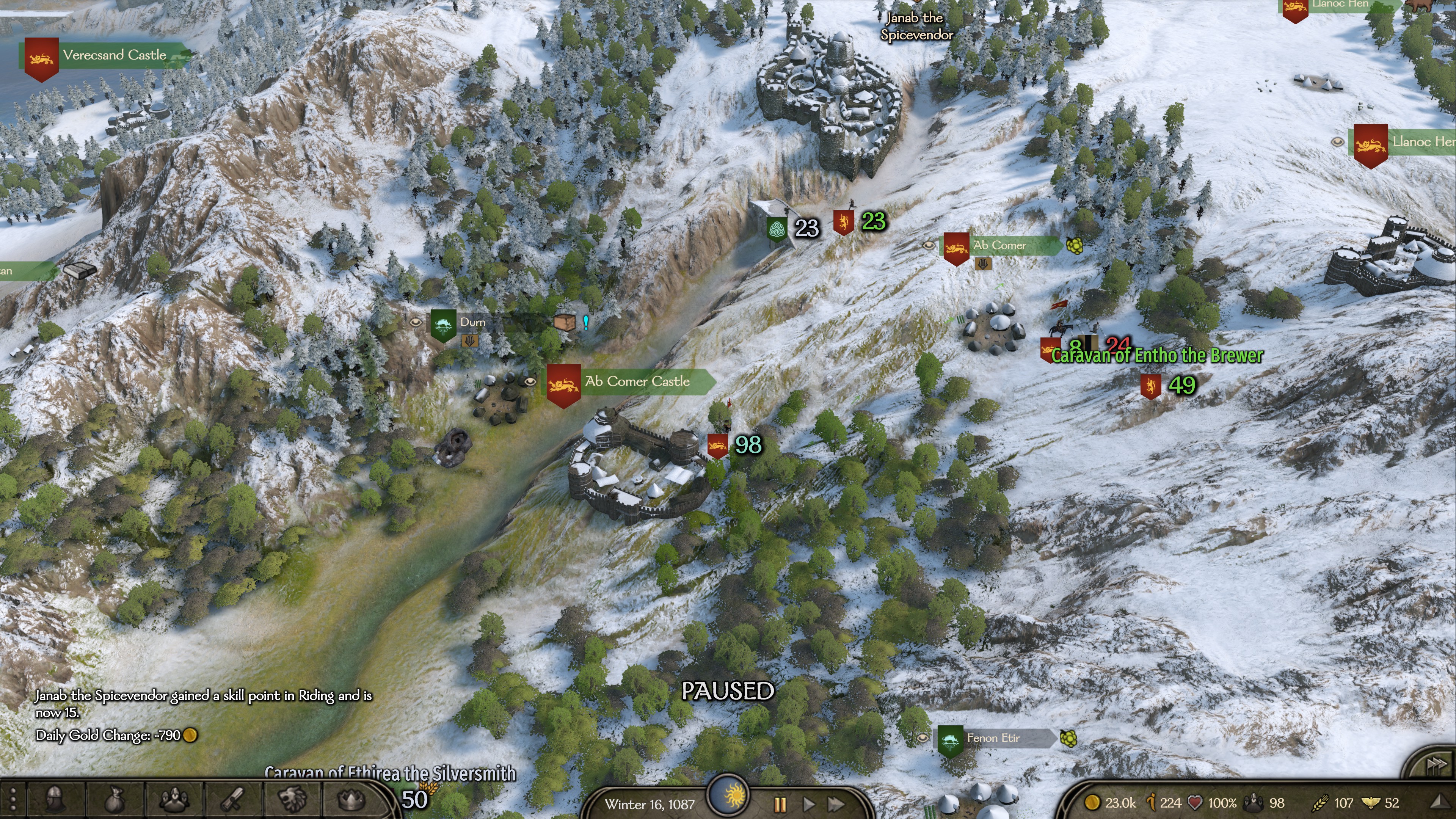 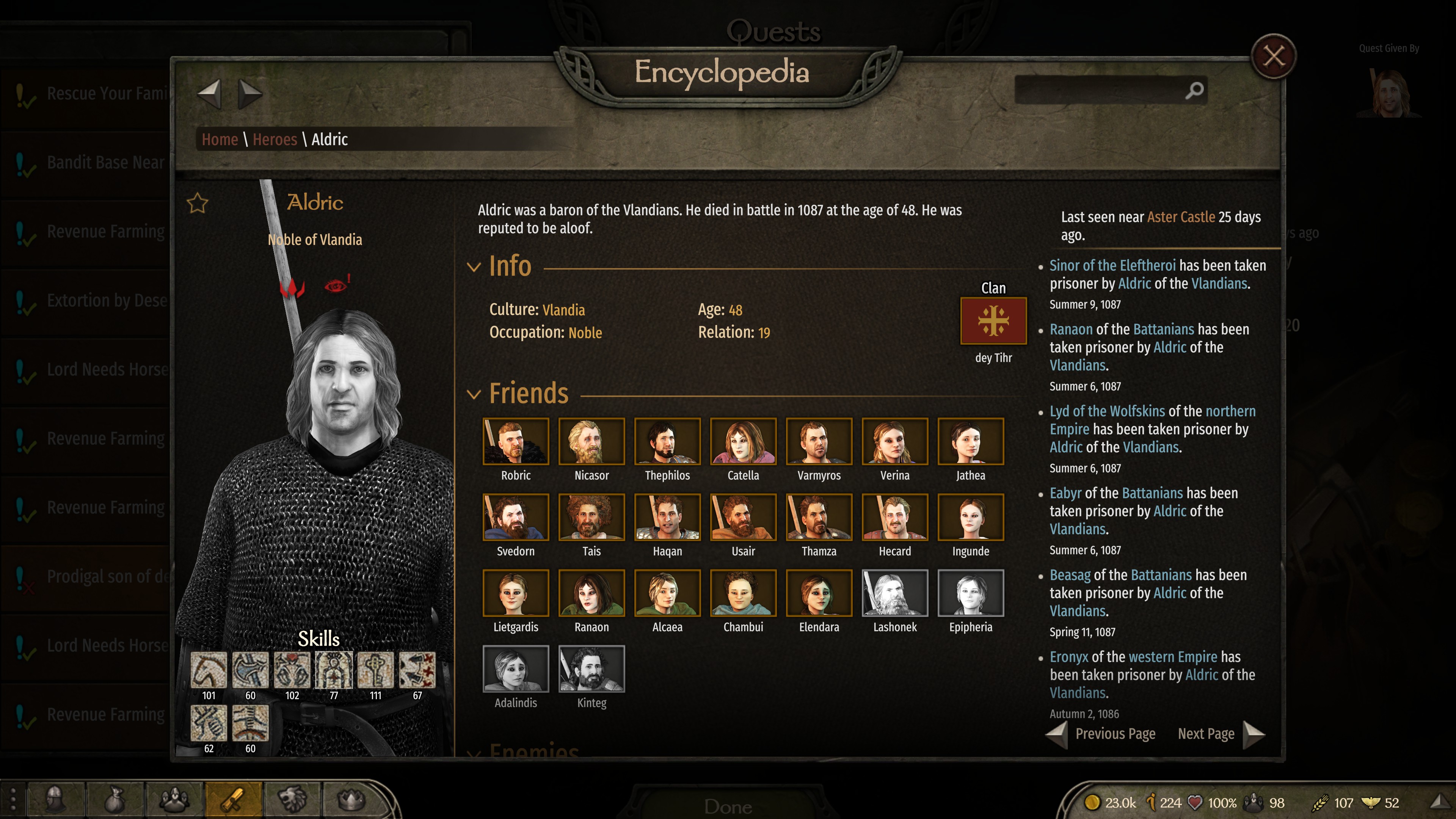 It shouldn't be this way, but I think you can get him back by simply assigning him as governor of a town or castle. I was able to get my companion back after he was caught by an enemy party. I couldn't find him in any of the towns that the encyclopedia said he was last seen at. I managed to get him back with all of his gear intact, because I believe companions loser their gear if you dismiss them.

Do you have a save file of session that you experienced this issue? With your save file, we can reproduce the issue much easier and faster. For more information regarding how to send us your save files, you can check this thread out. You can find your save file here: C:\Users\username\Documents\Mount and Blade II Bannerlord\Game Saves. You can send your save files to us via the ticketing system on the website. To send us a ticket, please visit the www.taleworlds.com site and login to your forum account from the top right. Click to "My Account" and then click to "My Open Tickets". You can create a ticket there and include the save file and as well as the forum link of this thread. You can find more info about how to upload files to us with the new ticketing system here. Thanks for reporting and sorry for any inconvenience!

Ticket opened! Added the save files.

What happens if you try to set him as governor or creates a party with him? Even if this works, it´s only a workaround to keep your companion though.

Hello, i have forwarded the save files to the devs. Thank you for your time.

Hey, i have been informed that this issue is fixed and the fix will be applied to the game with furhter patches. Thank you for reporting it in and sorry for any inconvenience.
You must log in or register to reply here.