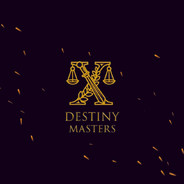 
§ 3 Tournament Format [NOT FINALIZED YET]

Group Stage
(1) The participating teams shall be randomized into 4/8 groups of 4/5 teams each.
(2) The randomization shall be done live on a stream to be specified.
(3) BEAST 6 standings shall be used for the seeding of the group, if available and fitting. The final seeding might be changed by the Administration.
(4) The group stage shall last two weeks.
(5) The teams shall play round robin and two sets per match. Teams displayed on the left start as Team 1, teams displayed on the right start as Team 2. After the first set, the factions and spawns are swapped.
(6) Winner of a match is who has the higher number of won sets, if that is tied, higher number of rounds. If a team can win both sets, it gets a map point, which shall be the first determining factor.
(7) The two best teams of each group shall qualify for the knockout stage as specified below.

Knock Out Stage
(1) The participating teams again will be randomized with the highest placed team of a group playing vs a runner up team of another group.
(2) The Knock Out Stage shall be played on two maps with two sets each.
(3) The team displayed on the left of the bracket shall start on the first Map as Team 1, with the spawns then switching. The team displayed on the right of the bracket shall start as Team 1 on the second map, with the spawns switching after this set.
(4) Winner is the team with the higher number of sets. If these are tied, winner shall be the team with the higher number of rounds.
(5) In case of a tie, a tie breaker must be played.

(1) Maps and factions will be determined in advance throughout the tournament except for the finals using a random number generator.
[NOT FINALIZED YET] (2) For the finals/promotion matches, teams will determine the maps and the factions during a pick event. Each team in the finals will be designated as Team A and Team B. Team A is assigned: 1 and Team B is assigned: 2. At the begining of picking and ban event, random number generator will be used to determine the winner of the order. The winner will also decide what map will be first played on, after which they will then pick their faction. (They have 5 minutes to discuss) After the first team has selected their faction, the team that lost the in random number generator will be allowed to select which faction they would like to play in response. (They also have 5 minutes to discuss) At the end of this game, the factions will be swapped and another game will be played on the same map. After the map has been played on twice and both teams have played both factions, the team that initially lost in the random number generator will select a new map and their faction of choice, and the team who initially won in the random number generator will then be able to select their faction in response.
Once the first team selects a map, that same map cannot be selected for the second game.
Once your team selects a faction during the first pick, your team cannot select that faction again against the same team during the picking.
(3) A list of the maps and factions for this tournament can be found in Appendix A and B.

(1) Players must play with the name they are signed up under in the team roster.
(2) The team must wear the team tag (through the clan system) that is used in the roster thread.
(3) Team tags doesn't have to be unique.

§ 13 Match Format [NOT FINALIZED YET]

All times given by Tournament Administration will be in BST.

Now that the siege servers work. Taleworlds should enable to TK on those.

Can you please enable removal of Order of Battle and set teams with numbers like it was before?

Want to remove some 'crafted weapons' from game.