By the way feel absolutely free to use the new signature, made possible by the new forums (but you will have to insert the picture and the link to the thread yourself, sorry). It is a detail from a 1794 colourised etching by Francis and Philip Heger, depicting today's Jungmann Square in Prague. This copy is located in the Austrian National Library. The rightmost structure is the Desfours palace, since then remodeled (a floor added) in the 1850s (as Porges palace). Going left, Thun-Salm palace, extra floor added in some 1860s, replaced by art deco Palace Adria in the early 1920s. Corner house with little tower is the House At the Golden Reichsapple (or less literally, At the Imperial Orb), which later subsumed the house on the further left, both since replaced by constructivist Palace Reunione Adriatica in the 1930s. Further left is the Franciscan monastery, leftmost is unknown baroque structure (replaced in 1900s by a neo-renaissance(?) tenement house). The trees form the beginning of the New Alley Avenue, since then Ferdinand Avenue and National Avenue.

Also, thanks for the SP/Musket era tags!

Radetzky said:
Also, thanks for the SP/Musket era tags!
Click to expand...

You can add/edit them now by yourself if you think another setting is better. I only wouldn't do that now since the list with prefixes is still getting changed these days. I also noted that you make a good use of the tag function ^^

And Days of Yore has been mentioned in an upcoming BL mods Youtube video! Thanks to @Rimiro for pointing it out.
9:28

Here are some relevant economic data for the 1780 start, as well as for the periodic outside influence on price levels (too early to speculate to what extent BL will make that possible).

Datafiles of Historical Prices and Wages

One other actually impeccable source is from the already aforementioned chronicle of the village literatus Vavák. In a 1793 entry he listed the price and wage evolution of 1750-1760-1780-1793 period and for actually quite a wide range of items. 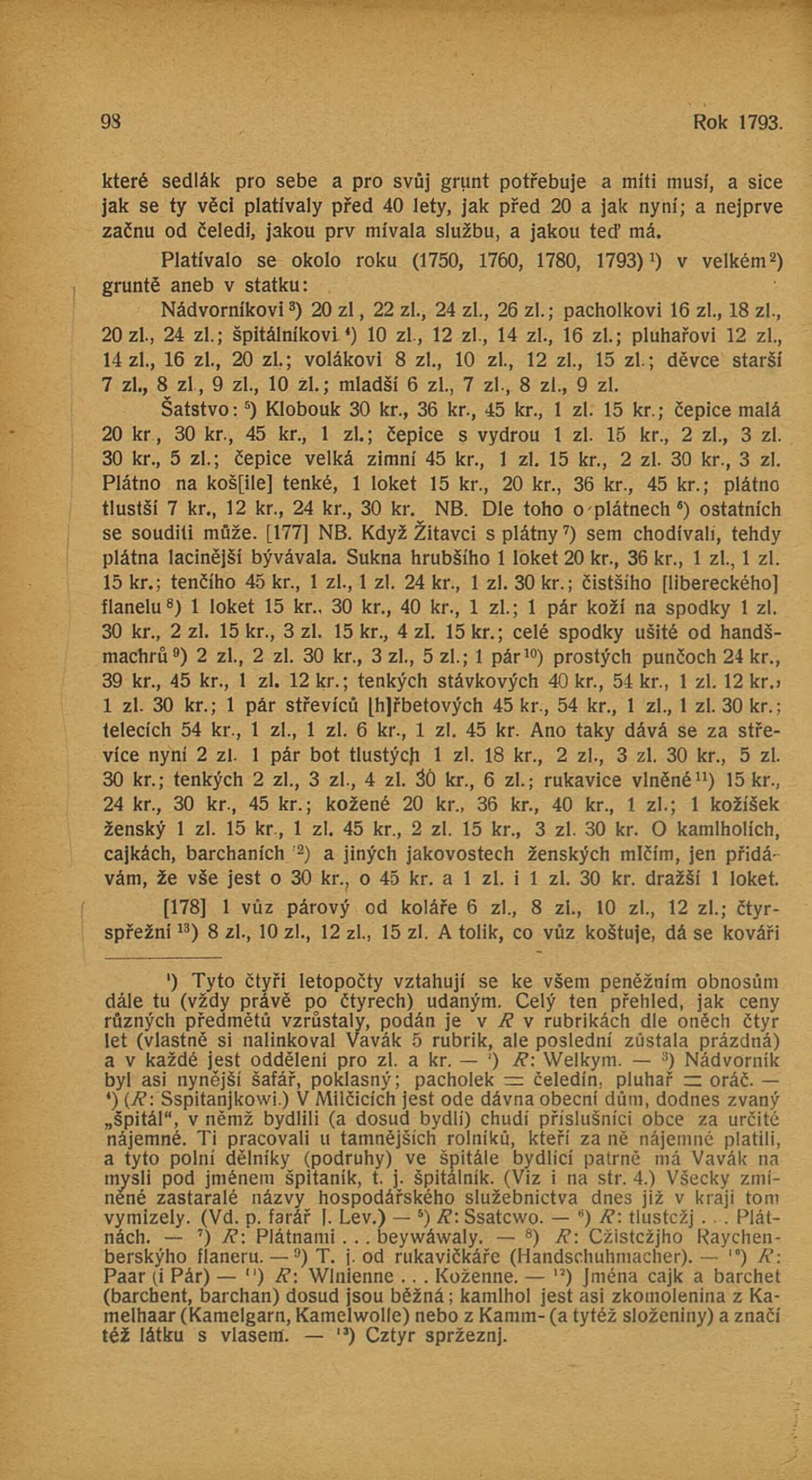 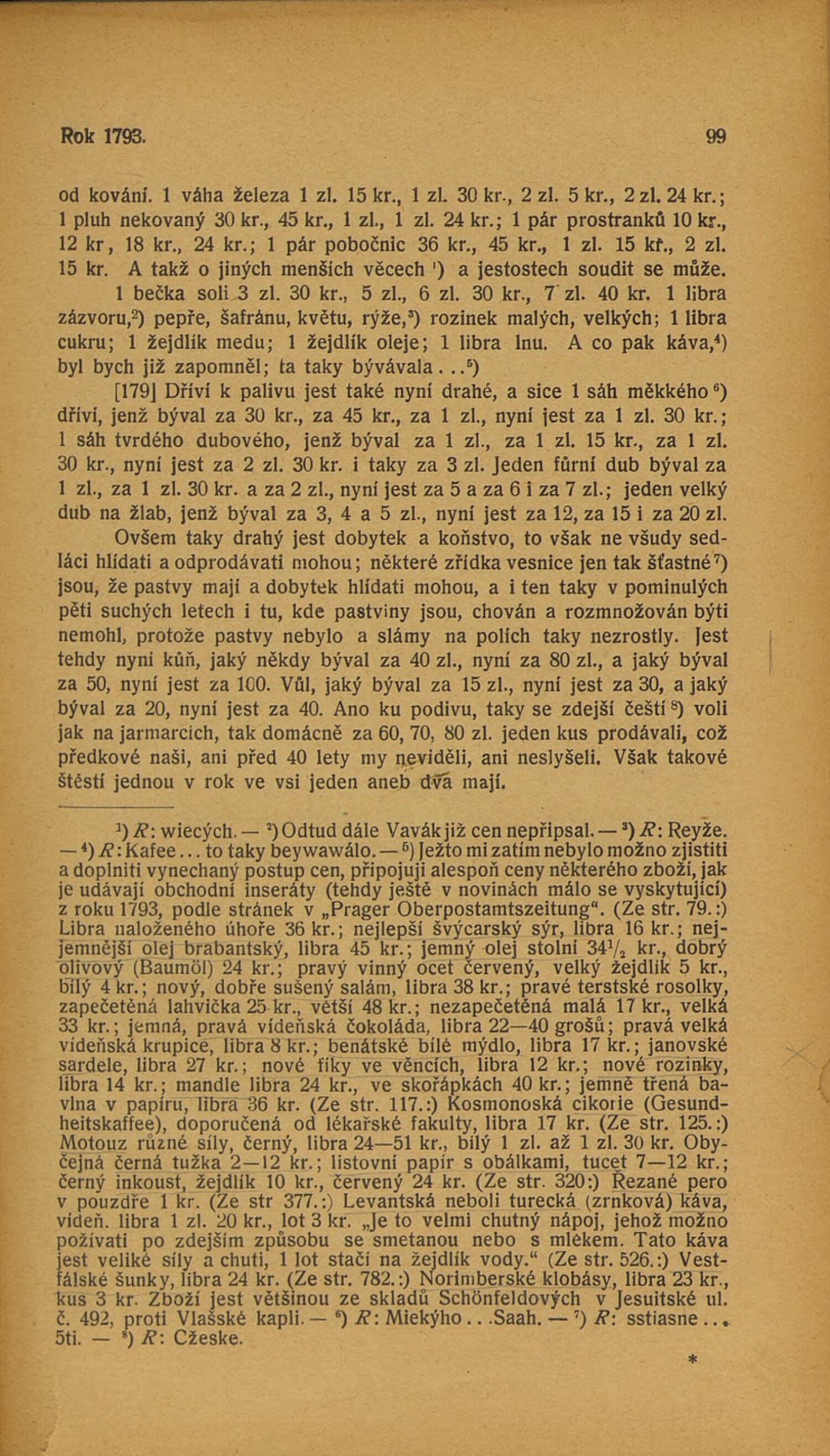 Because of interest regarding this mod at PDX forums, I helped myself with an illustrative map, which I might as well share here as well.

Early impression of the whole included area - couple of cross-border places (which is also an ersatz-Slovakia solution, because creating a pre-Czechoslovakia is a fair bit of hassle and so far found no fans from the other relevant half) and Vienna being singular off-campaign map scenes

Early impression of an example of one actual campaign map (being the rectangle, alternatively even the smaller rectangle within it), with connected off-campaign-map visitable locations.

REALLY interesting idea, it's so unique! Look forward to following the progres once the tools are out
Also, do you hav a discordserver for the mod at the moment?

Yes, we do have a fresh Discord server, thanks to Ido: https://discord.gg/4mTEMTv

Gaze into the thoughts of a Czech farmer in 1793, in an excerpt that in all likelihood has never had a chance to reach the English speaking audience:


Wet and rainy weather began in mid July, such that the rye and wheat, already cut, began to grow. Because of this the spiritual shepherds allowed bunching and bringing together of the grains on July 21, the ninth Sunday after Holy Ghost. Who had a lot, he began to do so; who had few, he let it be. Then until the end of harvest there was beautiful weather. Chiefly: This year’s yields are bigger than average, but not to the extent of last year – much smaller, especially in the granary and the grain’s kernel size. Wheat is most common for hay; rye, barley and oats are average, of flax there is more, hemp not much, fruit almost nothing, if there is something at some places, then only for someone and not for all.

Spring colds and frosts were the murderers of the fruit; also last year’s caterpillars took part in this catastrophe. As such fruit is sold dearer than last year: 4 small pears or apples for 1 Kreutzer, larger for 2. Raw plums were sold for 10, 12 and 15; around Saint Wenceslas (September 28th) they were for 25 and 30.

So that I would add something about the high prices of all sorts, also for my descendants, I will write down some items. Especially those ones, which the farmer needs for himself and for his farm. As such I will mark down how these items were priced 40 years ago, 20 years ago and now; first I will start from farm hands.

NB: One can judge the prices of other sorts of linen from this. When Zittau linen merchants were coming here, then the linen had been cheaper.

I will be quiet about all sort of ladies items like camelhair, “cajk” (cotton textile imitating woolen one) fustian, only adding that everything is more expensive per ell for: 30 Kreutzer, 45 Kreutzer and 1 Gulden or even 1 Gulden 30

And the same amount of money is given to the smith for his labour as well.

And likewise can other items be judged.

-Pound of ginger, pepper, saffron, mace, rice, little and big raisins, pound of sugar, tankard of honey, tankard of oil, pound of flax. And what about coffee, I would forget, it also had been… (Vavák just forgot to include any sort of prices in this list, they are added in the footnotes by the 1915 editor)

Fuel wood is also expensive, as such:

But also cattle and horses are expensive. Not all farmers can keep an eye out and sell though. Some villages are happy to have pastures and cattle. In the last five dry years even there where there are pastures, cattle couldn’t be grazed and reproduced because there was no graze nor hay on the fields. As such a horse than once was for 40 Gulden is now for 80. Such that was for 50 Gulden, is now for a 100. Ox for 15 is now for 30, one for 20 is now 40. Yes, surprisingly the local Czech oxen on yearly markets as well as domestically are sold for 60, 70, 80 Gulden a piece. This is something our forefathers, nor we ourselves 40 years ago, how nor seen nor heard. Well such luck have one or two folks from village in a year.

Luck is not kind on everyone, more is of those, who are grinded by poverty

Not every sir goes in a fur, many are also poor

Every farmer doesn’t have everything, he is often poorer than a beggar

All doesn’t serve to everyone, everyone doesn’t yearn for the harp

Like this it happens and will happen after us

When much folk meets, always some of them is from Třešť (pun on being crazy)

-Kosmonosy chicory (recommended by the Faculty of Medicine) per pound: 17 Kreutzer

"A very tasty beverage, which can per local custom be drunk with cream or milk. This coffe is of great strength and taste, 1 loth is sufficient for a tankard of water."