Csatádi said:
Polished landscapes cannot be used without permission. The author, gutek_fiutek was online last time in 2012, so no hope to get a permission. It's a pity.
Click to expand...

ehh...
Perhaps there are some good vaniila or mods multiplayer maps for wfas that we can use? 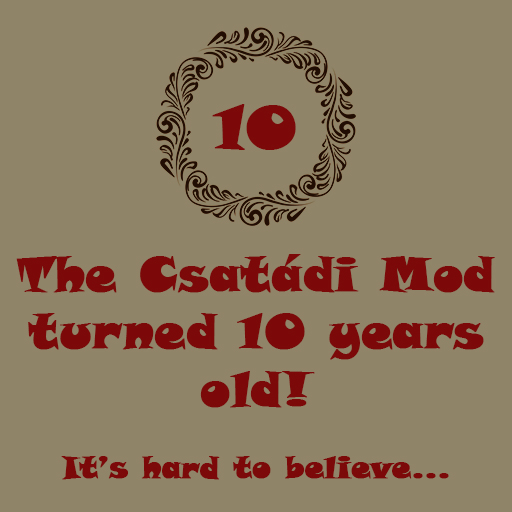 Also, Polished Landscapes OSP has been used countless amount of times after 2012, so I guess it would not be a problem if it was used another time. There has been a silent agreement with relation to usage of abandoned files (with their creators leaving the scene without saying a word about the files' fate), so as long as the download links are working, the files may be freely used.

I've been playing recently and I as much as I love it, I have some suggestions.

I think you should make lifeguard pikemen the default pikemen for sweden. They have spectacular colors and just look great. The colors of Sweden. Mind you I know by this point the colors of Gustavus Adolphus, the yellow with blue, were not exactly the mid century fashion or how the army looked. I'm suggesting that the lifeguard pikemen become Swedish pikemen instead and form more of a core of their army. I'd love to see an unarmored version of them as well as armored.

I would love to see the German pikemen with baggy pants restored as mercenaries somehow. Baggy pants still did not entirely go out of fashion at this point, though hongrelines and justacorps were generally replacing them, especially in armies.

I'd love to see some more outfits or special outfits used for mercenary halberdiers. The cloth they wear makes sense, but in a way a lot of said outfit repeats on a lot of troops. It looks a little bit bland. You could restore the old German pikemen (and musketeers) as mercenaries and give them the baggy look, for example.

I think Scots should also be available as mercenaries in taverns.

I would also like to point out that there is something in your mod that has affected the weather system, and compared to vanilla or HoH that I also played alongside your mod, there is a lot of beautiful weather and lightning specific to WFAS that somehow just got removed. I could show you screenshots of what I mean. I'm a little lazy to upload them right now.

Now I'm not sure if there's anything you could do about this, but I finished the black mace quest and I'm the permanent marshal of cossacks hetmanate. Factions seldom declare war and the AI for the most part refuses large engagements. Everything is very slow, as are the declarations of war. Lords seldom offer a "provoke war" quest with a kingdom, and I'm barely seeing nations marshal their armies. The commonwealth is exhausted from the war on all sides and it musters very little troops per each lord, meanwhile the cossacks have grown "fat". The lords don't exactly know how to engage in field battles even if they could join in and turn the tide of battle, they would rather run away. They only usually ever engage if the tide greatly favors one army over another. Autoresolve greatly favors the defenders no matter how large of a cossack army I have behind myself (and boy, is it large) and its difficult to win more than one fortress that way. I have to go around conquering fortresses personally, which, to be frank, due to the AI issues and everything, in the cases of most forts, is rather boring in this game. Especially when the odds are so unequal and clearly favor the attackers. I think the autoresolve is something to be looked at.

I do not remember if I ever had large battles (300 men per side engaging) unless I had intervened and caught the AI while the friendly and enemy AI was in my zone of influence. Usually, two marshalled armies will not engage each other fully. One lord will get ganged up on, some will join in, and the rest will scatter and flee. This is probably outside of your control but its tiresome when all I want to do is have big, decisive battles. A lot of the factions are passive a lot of the time and they seldom marshal armies after a while.

Also, the food tends to run out way too quickly lategame with 130 soldiers. It instantly leads to disease and troops dying, and its usually not sold (at least not in desirable quantities) outside of villages. It isn't really a feature at this point, just an annoyance. I think you should increase the size of the foods in stock, or decrease the amount the armies consume. I also think fiefs, even a single village, give way, way too much gold. Once a player gets a single fief he can bathe in gold.

That's it for now, I think. Enjoying your mod greatly, but I realized that after completing the main quest (with few memorable battles to show for it) i am discouraged from continuing on because of the aforementioned issues. I got to that point yet I haven't enjoyed many decisive, large battles.

EDIT: I'd also like to say that its far easier to resolve rebellions and persuade lords than in vanilla, even with low persuasion. I think this is something to be looked at as well. If you could add some better renown gains for certain quests that would be nice too. Since one cannot become a mercenary, grinding renown to 200 can be a bit of a chore.

@Veledentella
Sorry, the Polished Landscapes mod explicitly tells it cannot be used freely. I respect their decision regardless what others do.

@YourStepDad
The baggy trousers won't return, except you prove it they were using them in 1655. Good luck!
There won't be AI changes, except you or anyone make improvements and send me the better scripts.

Hello
Can anyone tell me how to modify troops recruitment in cities based on commanders?
Also how to change composition of Scouts/Patrols/forager parties etc?

Thanks for answer but that not help me at all.
I have no idea how I can even bite it.
Nothing that I can do with Notepad++ or Morgh editor?

Thanks
Much appreciated
Can I use it to modify your mod?(for private use only)?
What I want to do is to change composition of scout/patrol/forager parties. As it look really silly for them to consist elite units - like Hussar Companions in case of PLC. PLC patrols/etc should at best have some Mailed Cavalry, maybe Reiters with bulk being Light Cavalry and Dragoons. Same for other factions really. It really look silly especially when some of their lords can barely field few elite units.
Last edited: Nov 8, 2021

I was able to change composition of patrols thanks to your help.
Anyway I noticed some bugs:
>Ramun the Slave trader offer high price for prisoners but you actually get only normal price for them.
>polish Volunteer(light cav unit) unit have upgraded version but can't be upgraded actually

I don't share the mod system.
Thanks for the tips. Ramun is a cheater, that's for sure.

Even for personal use only?

Sarissofoi said:
Even for personal use only?
Click to expand...

A few years ago I gave the files for a guy for personal use only, they ended up on the net immediately.

How recruitment for lords and towns/castles work?
I noticed three reinforced party types per faction that grant some recruits to factions(like in Warband).
Then there are also in scripts units spawning in bulk(some for specific Lords or Fortresses).
Do lords recruit troops from Garrison commanders like player do?
Have any information about it?

I looked at the lord recruitment code literally years ago. I think they don't use garrisons, but it doesn't matter at all in the player's perspective.
I modded only the 'bulk recruitment' script.

I'd like to report that in your mod, the polish storyline does not work. Burning Vasilkov and getting the relations up to +10 does not trigger "What news of Poland?" option in the dialogue.

I've lost hours of playtime trying to figure this out.

Also, the Polish lords will not offer a quest to deliver a steed to their lord upon being asked, whereas other factions, or at least the muscovites and the Cossacks, will.

It seems you are the first person trying this in the last one and a half year.
Thanks for the feedback.
You must log in or register to reply here.

In Progress Strange logic in the sale of workshops and the choice of production.

BL Coding Can't modify native troops, but can rename them and add new ones?