Resolved Creepy face(s) used as a banner for some towns, as well as the Banu Atij, Mestricaros, and Phalentes Clan

Summary: I was within my own kingdom I had started recently in the north when I got a quest to raid a conspiracy caravan coming from Husn Fulq to Ortongard and moved over to the city which crashed my game. I then waited till the next day and continued my campaign to find that the town Danustica, the castle Odrysa Castle, and the villages of Erebulos, Tegresos, Caira, Odrysa and Polisia have changed their banners to that of a creepy white face. I then checked the faction who owned the land (Southern Empire) in the encyclopedia and discovered the clan Mestricaros had the same banner. I then looked around the map and found the clan's Banu Atig and Phalentes clan also were afflicted with a green face and blue face as their banners as well as their holdings.
Phalentes clan- Epinosa Castle and the village of Pons and Epinosa.
Banu Atig clan- Qasira and the village of Abghan and Ezbet Nahul
How to Reproduce: (uncertain)
Get the Disrupt supply lines quest from Arzagos (Husn Fulq to Ortongard)
Move map to Husn Fulq
Crash
Turn on game
Click continue campaign
(No Dump File sent sadly)
Mods Used
Character Manager- https://www.nexusmods.com/mountandblade2bannerlord/mods/2382?tab=files&file_id=19961
Have you used cheats and if so which:
Console Commands
campaign.add_attribute_points_to_hero
campaign.add_gold_to_hero
campaign.add_focus_points_to_hero
campaign.give_xp_to_main_party
campaign.give_troops
campaign.give_troops_xp
Scene Name (if related):
Media (Screenshots & Video): 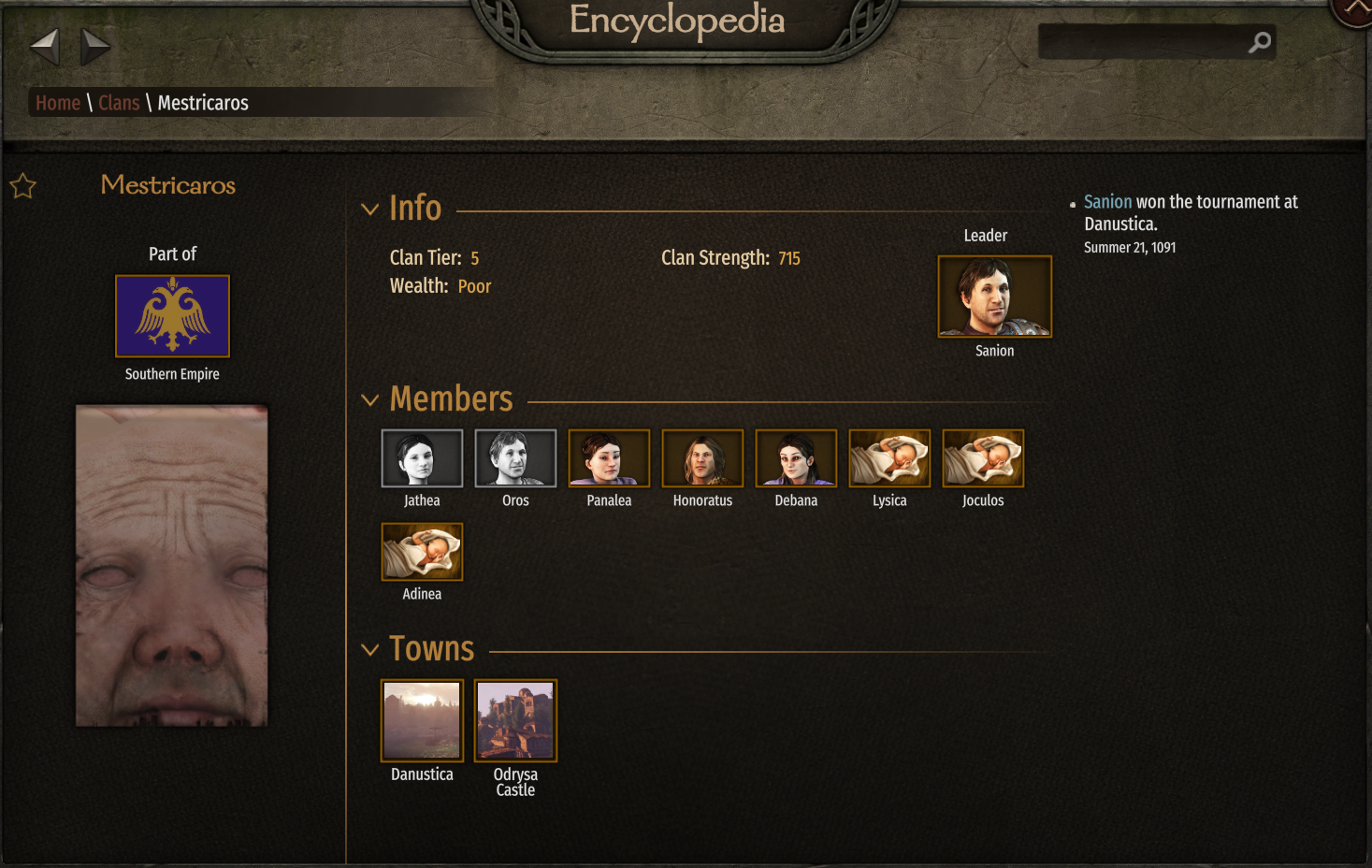 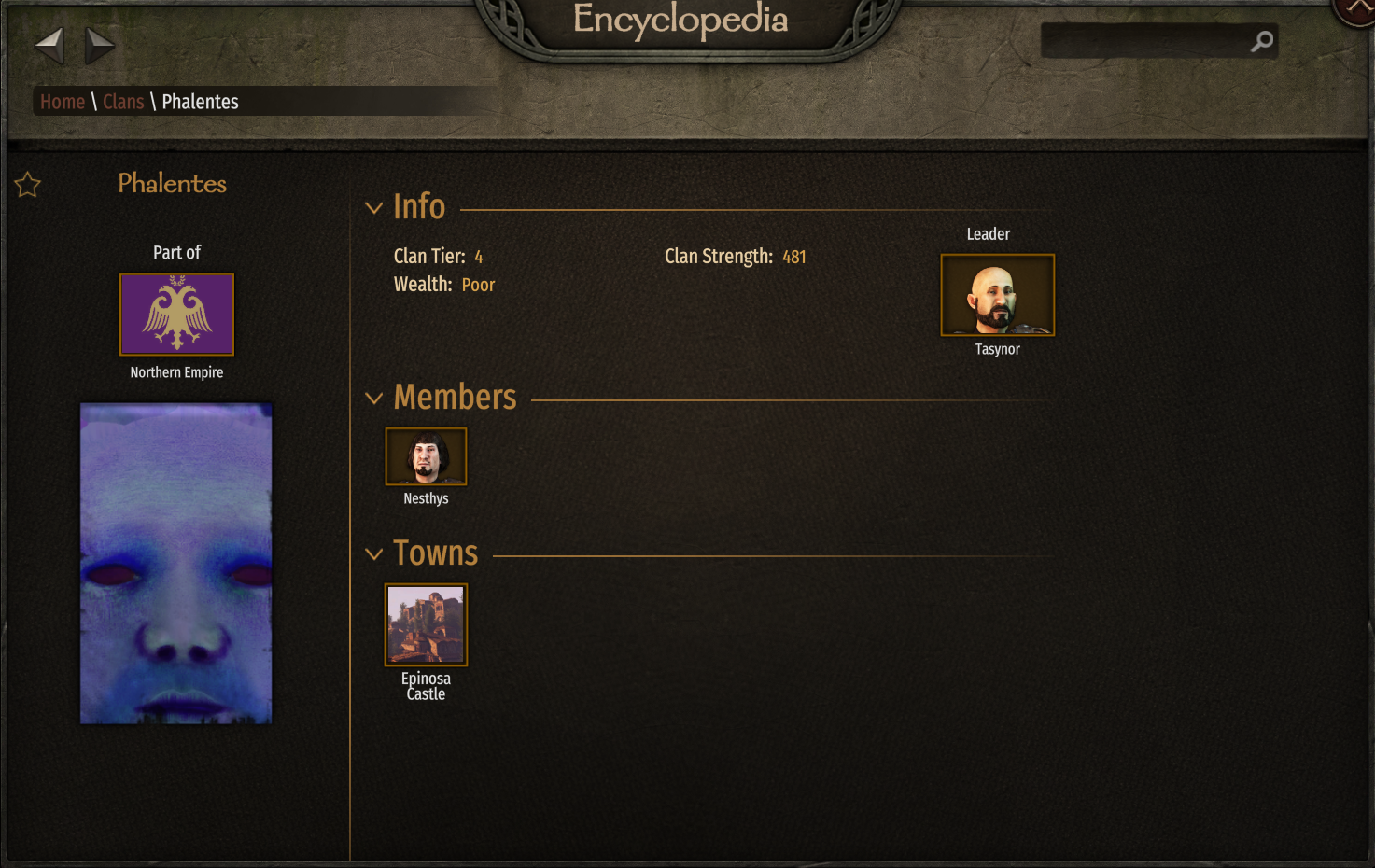 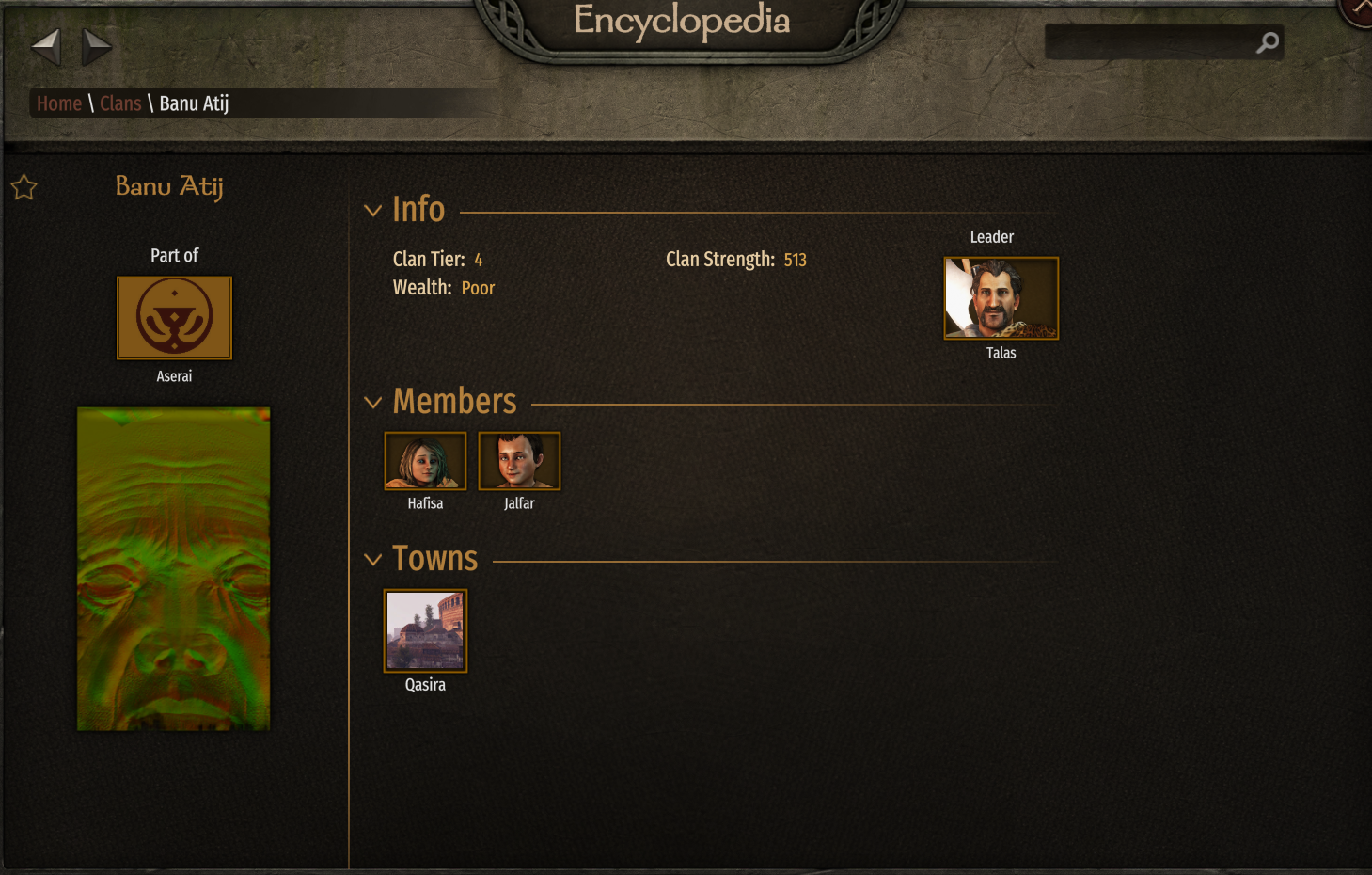 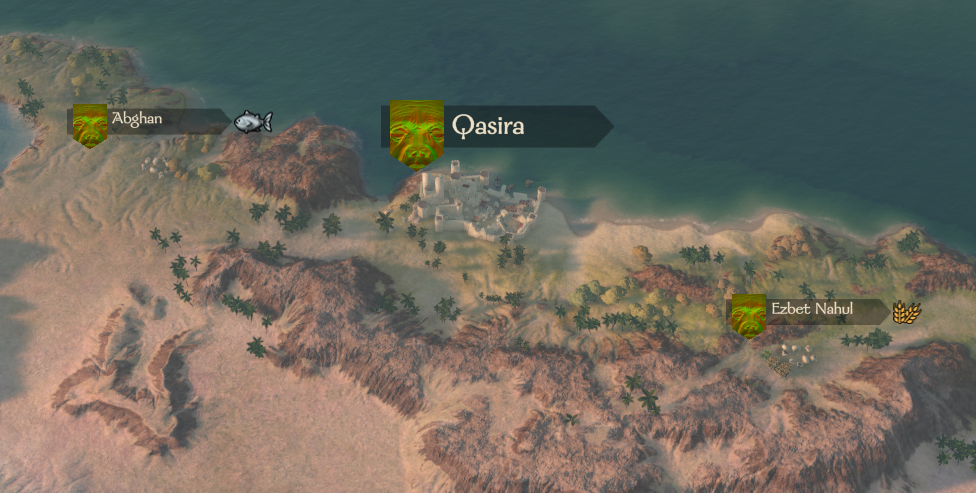 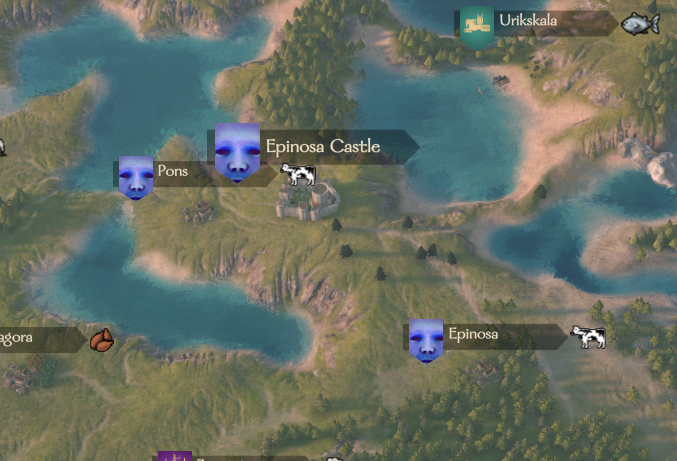 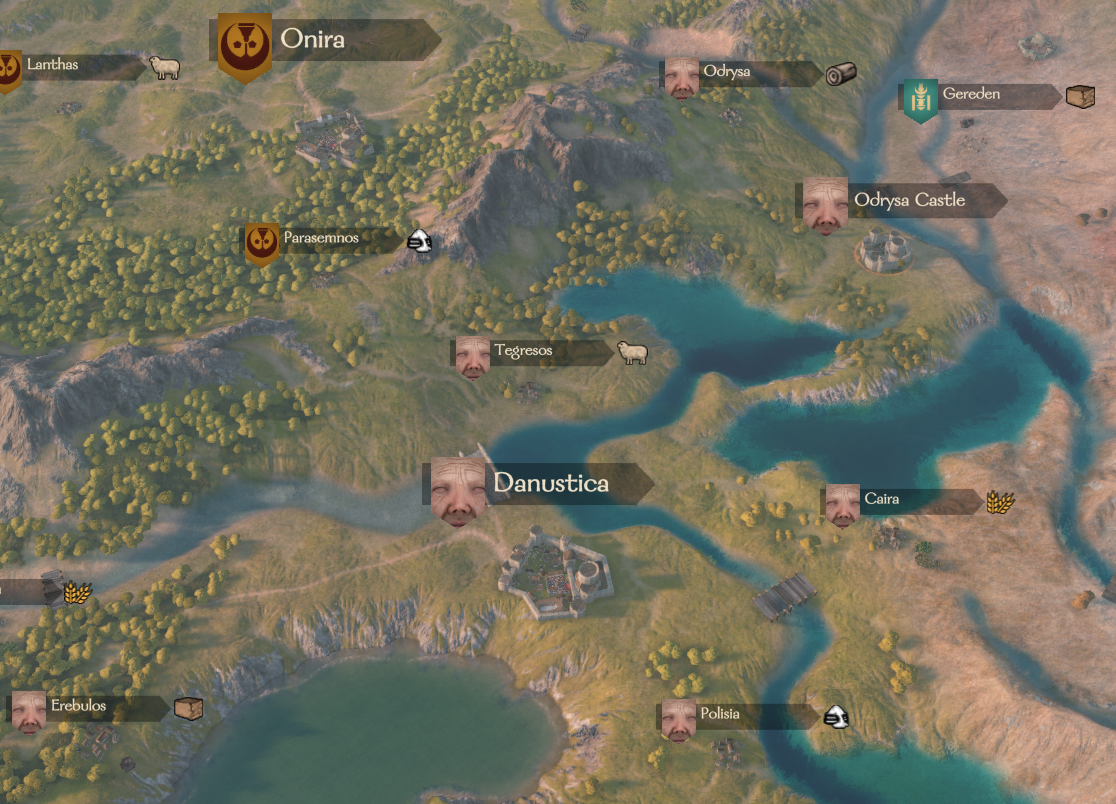 Update- The Blue Face Clan and The Green Face Clan has disappeared and reverted to their original colors, however, The White Face Clan has moved from the south and have surrounded my kingdom, taking the banners of whom I'm at war with- 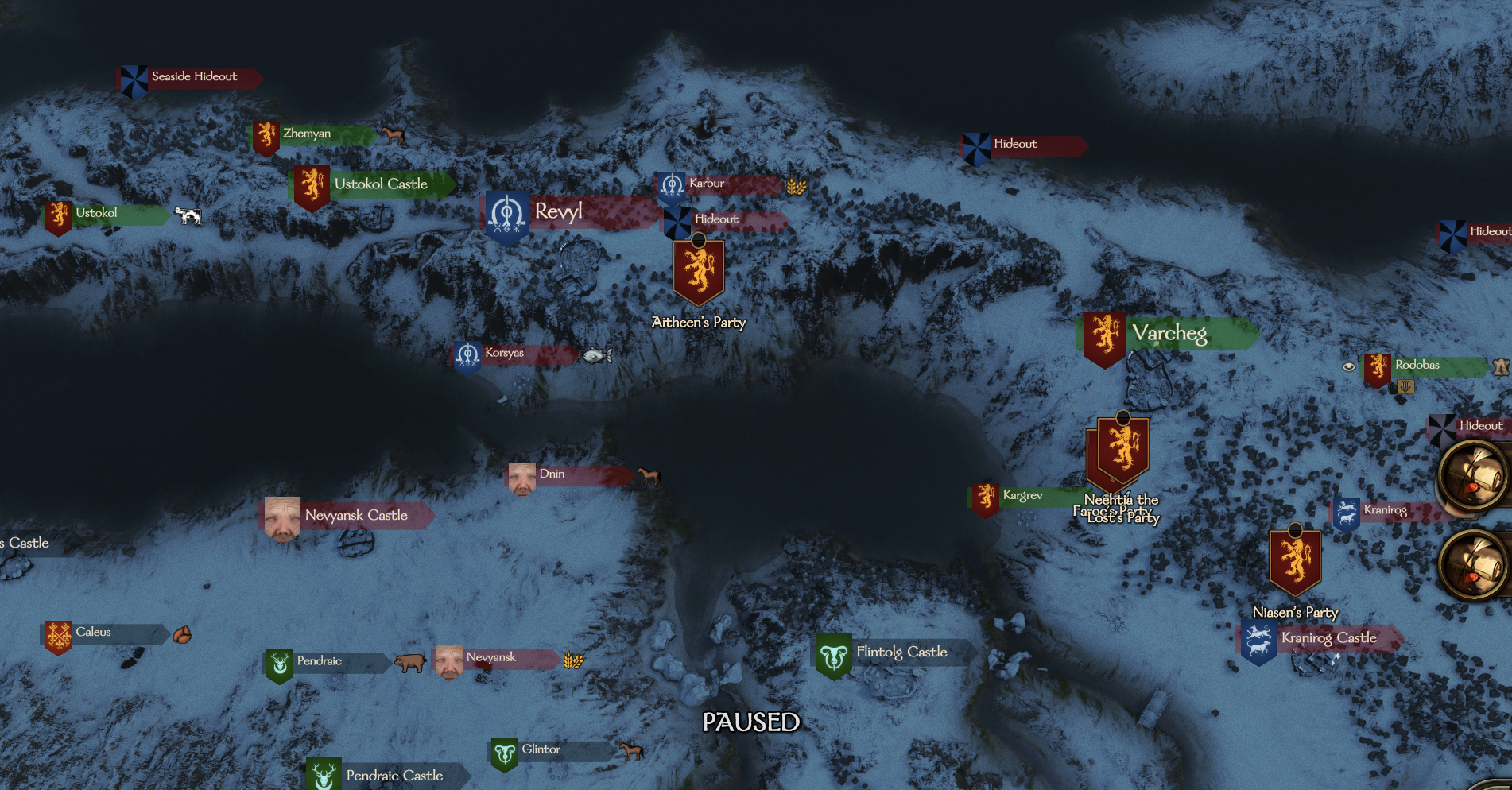 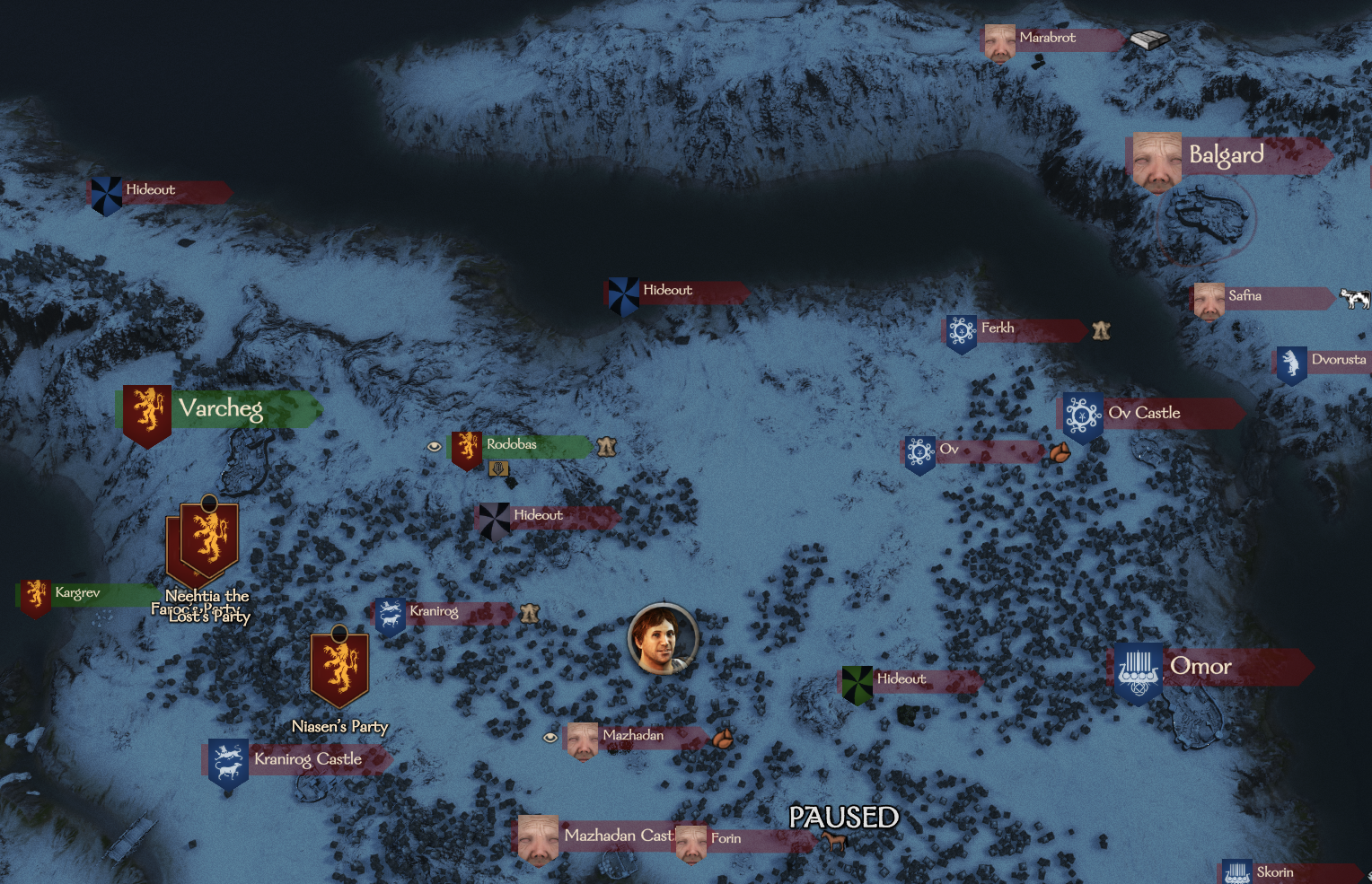 Hello, we don't offer support for the modded games. Please let us know if you can reproduce the issue without mods.

Removed the mod from modules folder and the faces were removed
You must log in or register to reply here.

Resolved Text issue - name of clan does not appear in news