Resolved crash on the "TaleWorlds" logo

Resume:The game is installed via steam. When I launch the game (not the launcher, but the game itself), it loads. After that, the video (intro) begins with the company logo. Regardless of whether to skip this intro or watch until the end, the game crashes. A window will appear asking you to send information about the error. This happens all the time. I reinstalled the game several times, checked the integrity of the files, updated the Windows components, as well as the framework. I didn't install any mods. Also, I tried running various beta versions, but it was unsuccessful.
Have you used cheats and if so which ones: no
Name of the scene (if related): the "TaleWorlds" logo"
Media (Screenshots and videos):
Computer Specs:
OS:Windows 10 Pro
GPU:NVIDIA GeForce GTX 960
GPU Driver Version:27.21.14.6089
GPU:Intel (R) Core (TM) i5-6500 CPU @ 3.20 GHz, 3201 MHz
RAM:8.00 GB
Motherboard:H170-PRO
Storage device (HDD/SSD):2GB HDD(The game is stored on it) and 256 GB SSD 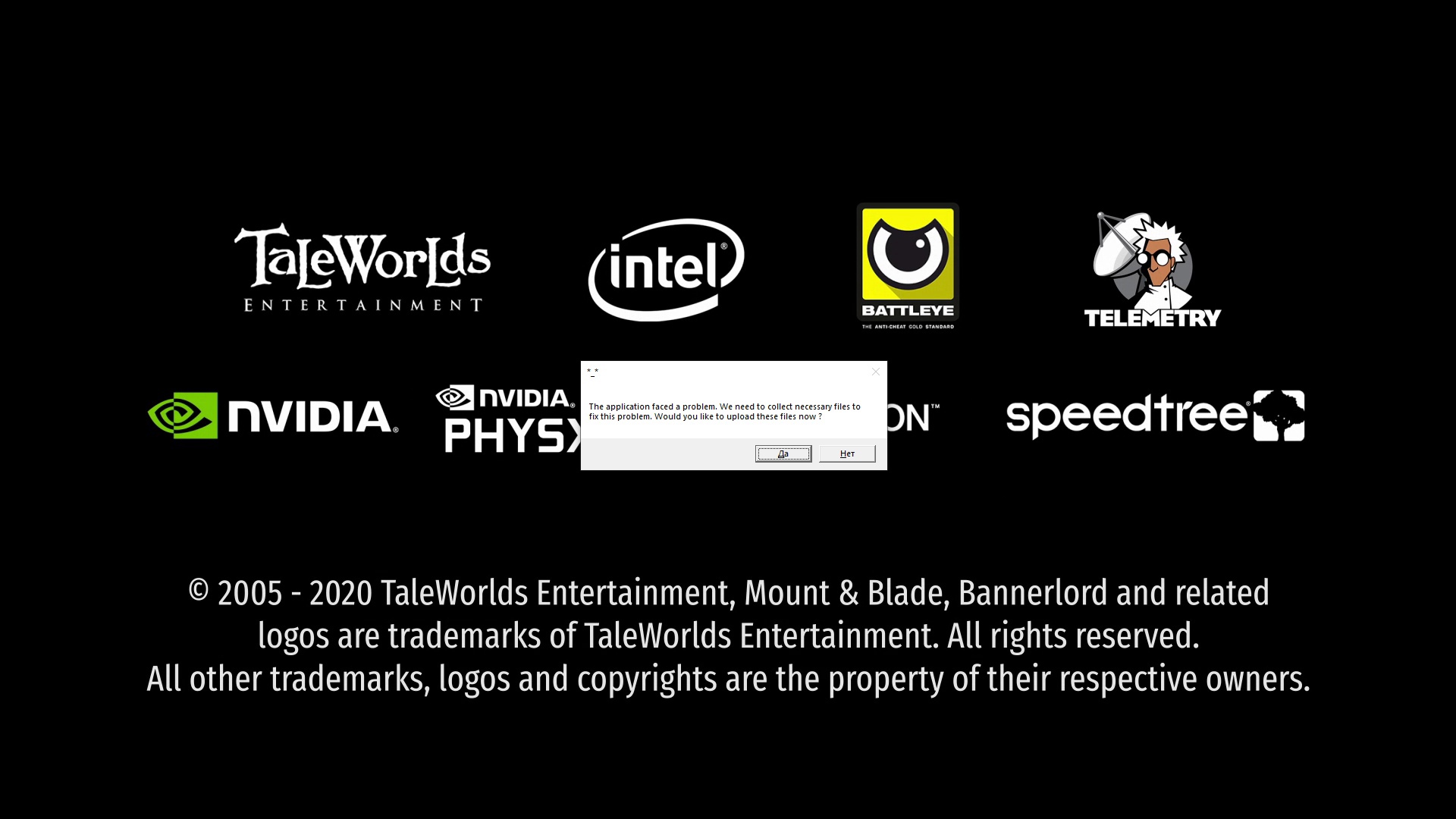 Could you try this?

A certain fix for crashing after the TaleWorlds Video​

If you are experiencing a crash after the intro video, you can try the workaround below to fix it:

Thank you very much! It helped.

Glad to help! Have fun playing!
You must log in or register to reply here.