Here you can post suggestions and ideas for The Red Wars and then debate why your ideas are better than the ones of your fellow players.
You can also share feedback and criticism regarding the mod and its content. 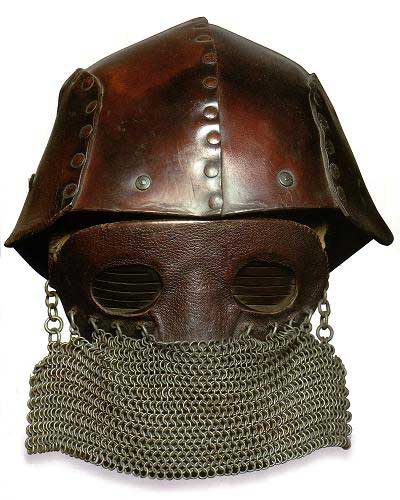 5-7 variations of battlefield per terrain and 2-4 per forest because M&B random generated battlefields are bumpy and boring, plus completely unfit for the period.

I will play some more, maybe some more things will pop up. Great work so far!

EDIT:
3. being able to see the current ammo in your weapon
4. Being able to reload even though your gun is not empty

I suggested this in the old thread, but it might be time for the tournie stuff to be reworked to fit the modern day setting.

Organised boxing Fallout 2 style, as well as more cruder no rules underground fights with all kinds of nasty melee weapons could replace the Medieval stuff from vanilla.

Also, hunting and possibly gambling features would be nice. We could also do some proper twenties era-esqe suits and fedoera for the Balion Gangster in all of us.

Is it possible to make street to street fighting scenes with buildings you can enter and you shoot across the street to kill the enemy?

My little bug and flaw report -
1. 'nades dont explode
2. No helvetian armour in stores
3. There should be option for AR's as sub-auto

And the tsar... Made me laugh. If you dont know what im saying, its putin.
Also, if youre gonna finish all single-player features in 1.6, im allowing you to start making mp.

Political ideology like a faith game mechanic was discussed in the old thread, but what about implementing peasant revolts? Or revolutions you could start?

Like the potential for a opposing political ideology to take root in villages and bam... Revolt. If said revolution were to succeed either they'd join the faction of their aligned beliefs (IE, if a Swazi village decided to become Commies... They'd join the Vaegirs) or become independent... Or, if you started it, it'd be yours.


Then you'd also need some form of propaganda mechanic paired with how much you're liked by said village.

I don't know much voodoo modding would be involved, but that'd be legit.

The ability to drive different types of vehicles instead of horses, and while you drive to have an AI shoot on the back of your car, as an example, it would be a cool feature.

Better and more fitting gear for sneaking into towns would be nice. Possibly a small pistol and a knife in lieu of a stick and throwing knives since fighting guys with machine guns and rifles off with a stick is near impossible.

As new features, I suggest a few additions:

Also, something more important: changing the recruitment system.
Like in Native, recruits' type is fixed to the village. It doesn't make sense in a modern setting, as the uniform, weapons, and combat efficiency should be related to the recruiter, not to the birthplace. So, how to fix this?
First, at character creation, you choose your own "culture" (one of the playable factions - it also grants a small starting relation bonus with this faction). You can have the option to change it in the camp menu.
When you enter a village, the message would give the choice to hire recruit as troops of the mercenaries unit tree or as troops of your culture.
You could be able to recruit troops this way from villages belong to an enemy faction. It would be under "hostile action" and have some negative consequences: decrease in relations with the village, decrease in your army's morale, and a probability that your forced recruits leave your army the first night (like when you recruit troops in your prisoners).
To still be able to recruit soldiers from any faction, you could allow to hire deserters (cf above), and also add small parties of random major factions' troops appearing in taverns like any other mercenaries.

When the Mount and Blade first released, we thought Khergits were Turkish-Mongolian combined but you made them like China  .

Khergit still are a Mongolia equivalent, but an equivalent of the 1920s Mongolia, which was a communist state allied with USSR.

Might be a very good idea to remove the Holocaust themed banners yeah. I'm still in the 'parody swastika' camp side of things. You don't want actual Nazi's playing and enjoying your mod now.

Add flowers into the swastika

Creating a WW2 Germany-inspired faction wearing Nazi uniforms and wielding Nazi banners is one thing. Putting banners on which you wrote the words written on Auschwitz' entrance is definitively more tasteless.
I don't request to remove all the Swastikas and Nazi-related art, just the explicit Holocaust references.

I really wouldn't mention you have a thread in that horrible place here, sort of something best kept to yourself. Lets try and not encourage those scumbags though.

I've seen the newer banners and I approve.


cody2224 said:
Add flowers into the swastika
Click to expand...

Multi barrel weaponry could be mad and cool as ****

I love how everyone gets all pissy at Swastikas and stuff from WW2, makes me laugh.

I agree with removing the auswitz phrase, it really is in poor taste and unnecessary.  But we plan to keep everything else as is. If this mods use of nazis seriously offends you, I'd recommend leaving this sub board, deleting the mod from your computer,  and never speaking of it again.

Prisoner Lock Mechanic for Ransom All