And I'm just waiting for all the women, kids and cucks to be vaccinated before I take my shot.

Women? It's not a sinking ship.

I think the end of that list unpacks the baggage pretty handily on its own.

The arm soreness only lasted for a day, am feeling less tired today too even though I stayed up stupidly late playing the Bannerlord last night. Woo.

We might have killed off a flu clade (group) 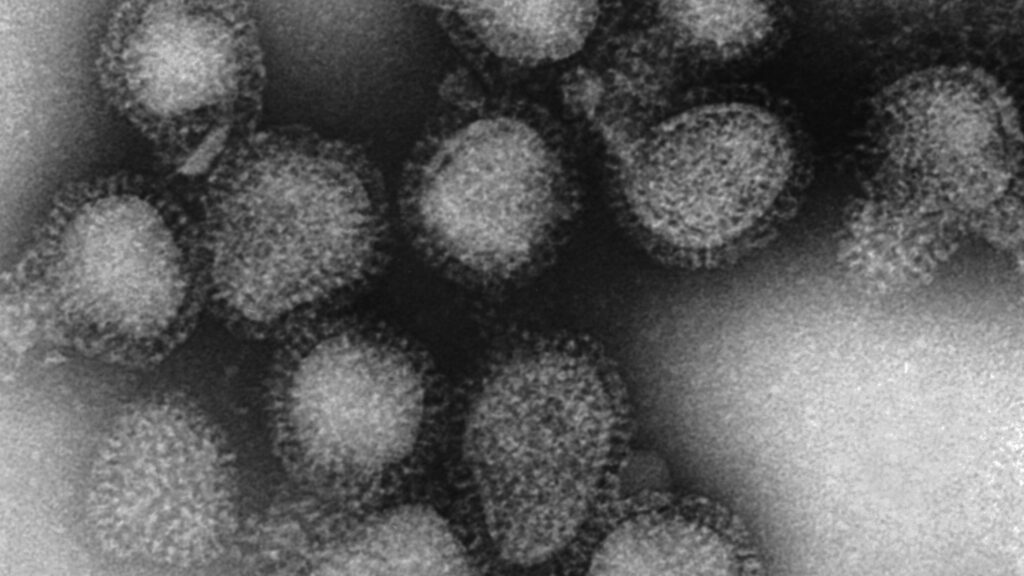 If the global pool of flu viruses has shrunk as much as it seems, it would make the twice-a-year selection of viruses to be included in vaccines for the Northern and Southern hemispheres much easier.

... it appears that one of the H3N2 clades may have disappeared — gone extinct.
The same phenomenon may also have occurred with one of the two lineages of influenza B viruses, known as B/Yamagata.
Click to expand...

Although, I think it's too optimistic. Once international travel picks up, it will pop up again, like the Kashmir musk deer (thought extinct).

I'm picturing the Dubai airport, passengers unboarding after a 12 hour flight, heading for their dystopian golden cages in a desert wasteland. But whoah, wait a minute, is that a Kashmir musk deer? Where did that little rascal come from, I thought he was extinct!

Robert Malone is not THE inventor of mRNA, although it is absolutely adorable that he plasters that everywhere . So that was a load of crap, I am going to go ahead and assume that the rest of the material that you shared is about as honest and do something more productive with my time. Thank you though.

There's a reason it was removed. No need to bring it here.
[Replied to a post with misinformation/lies now removed] 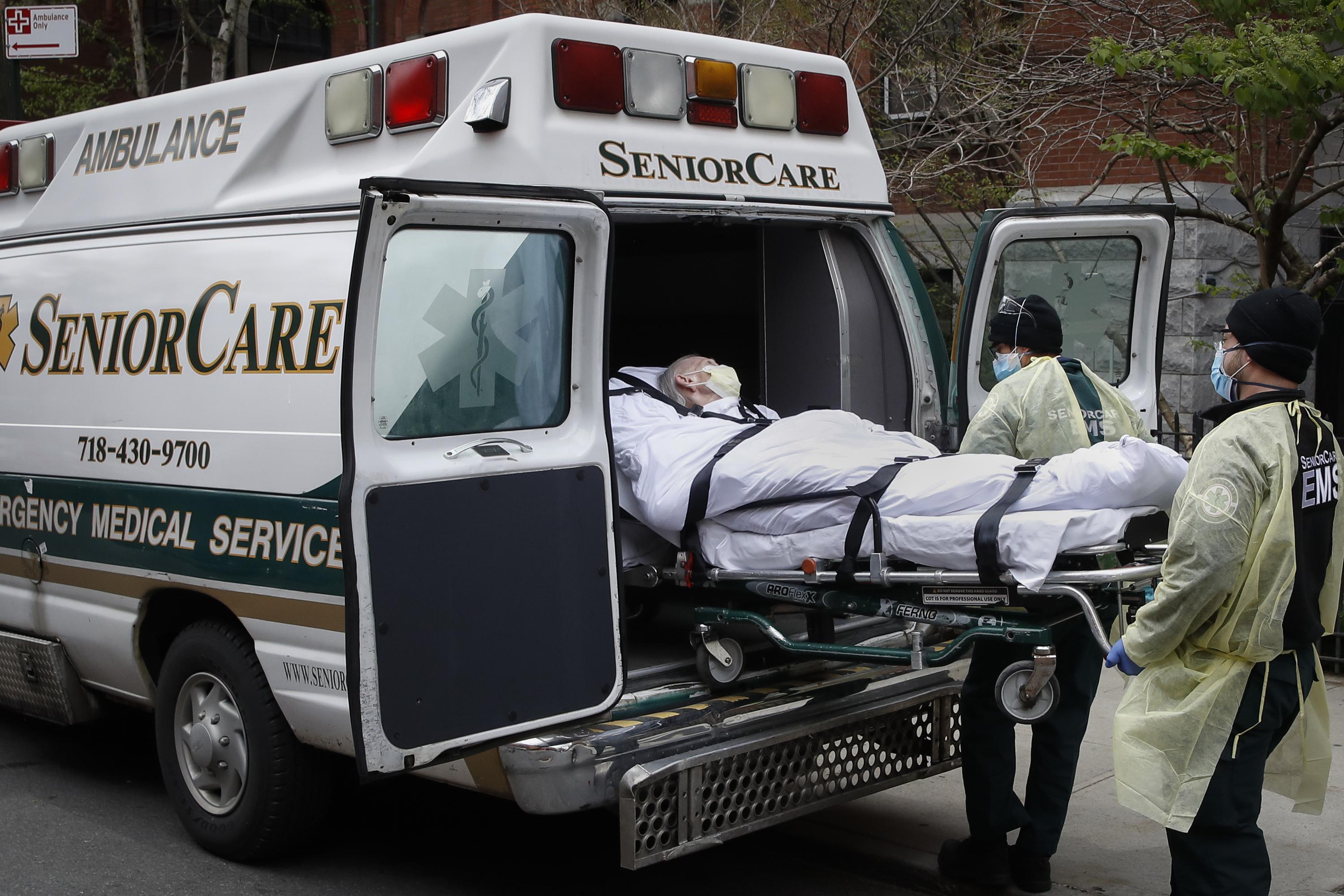 WASHINGTON (AP) — Deaths among Medicare patients in nursing homes soared by 32% last year, with two devastating spikes eight months apart, a government watchdog reported Tuesday in the most comprehensive look yet at the ravages of COVID-19 among its most vulnerable victims.

The report from the inspector general of the Department of Health and Human Services found that about 4 in 10 Medicare recipients in nursing homes had or likely had COVID-19 in 2020, and that deaths overall jumped by 169,291 from the previous year, before the coronavirus appeared.
Click to expand...

eddiemccandless said:
Robert Malone is not THE inventor of mRNA, although it is absolutely adorable that he plasters that everywhere . So that was a load of crap, I am going to go ahead and assume that the rest of the material that you shared is about as honest and do something more productive with my time. Thank you though.
Click to expand...

Perhaps he was not THE (single) inventor but was surely involved in the first works of this technology.

I'm not going to waste any more time trying to debate here, information is at the tip of everyone's fingers.

Lusitani 5th Empire said:
I'm not going to waste any more time trying to debate here, information is at the tip of everyone's fingers.
Click to expand...

And so are pseudoscience, misinformation and all kind of nonsense, and it is sometimes not easy to distinguish between the two. In this case however it was extremely easy, so there is that.

I completely forgot about this thread and its joys, because apparently when you block someone, you can't see the threads he started.
The assault on Science(tm) continues. I hoped it would dwindle down a bit after the vaccinations proved their practical value.
I noticed that the conspiracy folks are a bit calmer and accepting of vaccines, except for the occasional "but it will make you infertile in the long run".

MadVader said:
... "but it will make you infertile in the long run".
Click to expand...

Lusitani 5th Empire said:
For those who didn't get to see it, I posted a link to a video removed from youtube which is available on *****ute, called
"How to save the world, in three easy steps"
Moderators removed the post, understandable. I do agree that some statements made in that video can be said to be misinformation, specially on Steve Kirsch part.
Click to expand...

I'm glad you at least see some misinformation. So you might be open to critical views.
I watched 5 mins. and Weinstein starts out by telling a lie, with Kirsch then going completely off the rails!

The data suggests that Ivermectin is something like a 100% effective at preventing people from contracting covid when taken properly.
Click to expand...

There are only few studies on Ivermectin on covid-19. Some show potential benefits, others none.
The EMA advises against it and it has not been approved. We need much better studies before anyone should try using it.
(A prophylactic drug that 60% of the time works every time, might be a first in the history of drugs).

Kirsch goes on to say:

"One could argue that if everyone just took Ivermectin for a month, worldwide, we could end the pandemic"
Click to expand...

I hope you see why such a video has to be removed for public safety. It is hyperbolic nonsense like that, that spreads misunderstandings.

Imagine you're an engineer building a house, and hundreds of people are shouting at you to use styrofoam instead of bricks because they've heard it's stronger, and bricks are dangerous if you drop them.
I'm a nurse in infectious diseases, and we're working hard to treat people with this new disease, while learning how it works. Stop telling us to use styrofoam.

I do not understand how anyone could fall for something this over the top. Robert Malone is clearly misrepresenting his role in the creation of the mRNA vaccine. He was author in one early paper with preliminary results on mice, and was one of many to provide a small contribution to the actual vaccines. And yet all his social media has the self proclaimed and self serving "inventor of mRNA vaccine" tag. It's even on his Google Scholar (in case anyone was not aware, you choose the keywords to describe your research there, so it can be whatever the author of the profile wants it to be).

If that is not a clear, giant red flag that the man is perfectly fine with misleading you for his personal gain I don't know what else is. Just that should be enough to tell you that this material was not compiled in good faith.

Second dose done, this time around arm hurts like a ***** right off the bat. Dude taking my temperature was a treasure, "36.1, congrats, you're alive".

I didn't have any side effects from the second BioNTech dose, thankfully.
Dunno if it was a different needle or if the incredibly charming med student that gave it to me did something different from the fella that gave me the first dose, but the actual injection hurt like a *****. However, no bruise this time, arm hurt for half a day tops and it really was a more like a case of mildly sore muscles after a workout, and also didn't have the feeling of a slight case of the sniffles again like with the first dose.
Well, I did sleep like a brick again. Not the 15 hours after the first dose, but still a good 11.

Feeling much better on the next day, had AstraZeneca. Not even a fever like I had the first time. And injection was painful this time around for me too, previously I felt nothing.

According to the WHO that actually should not be an issue (they mention two studies, one with Pfizer and one with Astrazeneca). In general the variants are really not that great at evading the vaccines so far, and the protection is still good, if you have done all the doses.
You must log in or register to reply here.