companions should come back to u when escape captivity

I have to say a bit shocked, kept my mouth shut for awhile. People know I am not a fan of TW's communication which is terrible and their patches lately(content + length) have been a joke. 1.7.0 - 1.7.2, 3 months, 1.7.2 to now 2 months but is going after a dev really constructive at this point. We just have to realize this is what we are getting and live with it. Going back and forth with Duh accomplishes nothing. I'm sure they will push release to Q3 as I predicted 5 months ago. Let's just take a step back, wait for the release. At this point I have realized we won't ever get what we really want and let mods do the job. "Let's be happy with what we have, not unhappy with what we don't have!!!!!" Flesson19 2022 ™

Agreed, this makes it clear that there is nothing more to expect from TW but "we discuss it internally" to never hear about whatever topic ever again.

They could have just closed the forum about 1,5 years ago, we would have the exact same game as we have now, but a lot of paying customers (and hardcore fans) wouldn´t have wasted hours for writing thoughful feedback and suggestions.

My philosophy all along!
Let's have a stable vanilla and then let each one of us add the nuts, the sprinkles, the chocolate sauce, the organic strawberries and whatnot...

Big F for our most blunted brother

At this point I'm thinking MostBlunted should change his forum handle to MostMuted. 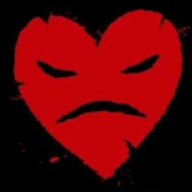 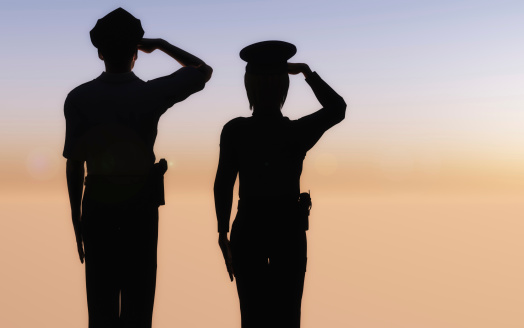 AngryPanCake said:
My philosophy all along!
Let's have a stable vanilla and then let each one of us add the nuts, the sprinkles, the chocolate sauce, the organic strawberries and whatnot...

thank you kindly, I appreciate it ?

Duh_TaleWorlds said:
Some tweaks were made on this quite some time ago. I presume it's still not satisfactory to you, but I would need more specific feedback to engage with (probably there is a thread or ten on this, maybe you could link me the one you find most valid currently).
Click to expand...

five bucks said:
As promised, here is a thread about autocalc https://forums.taleworlds.com/index...ie-less-in-autocalc-simulated-battles.451576/
Click to expand...

I did notice the same pattern in simulated battles, where a few higher tiers always get wounded/killed against seemingly much weaker enemies.
Thank goodness it's always just a couple elites and not a whole bunch. But still, It's annoying as sh!t...
I wonder if everything is tied to the armor values everyone is complaining about?

Duh_TaleWorlds said:
Depends I guess. Me just being annoyed / frustrated with some of the responses isn't a good enough reason to slap people and lose our free range, grass-fed, organic, gluten-free forum certification. I can just tell people when I feel that way and they can take it into account. Or take a break. Of course, personal insults & harassment do get a pretty quick boot.
Click to expand...

I think I would be the perfect example of this. Quite a few devs know that I get very frustrated but things, communication my biggest. But I don't think I ever take it to the level of making it peroneal or try to attack people. Everyone gets frustrated, we do along with the devs. Duh said it right "take a break" that is what I did from the beta branch 2 months ago and have hardly posted or tested anything. I felt my voice wasn't valued enough by TW which right or wrong is how I felt so stepped away and as much as I hate the fact that TW won't listen to simple things, taking it to a personal level accomplishes nothing. We are all people and should be treated as such. I love the game and deep down wanted to help TW really make the game better and promote it to the community after they lost 40% of their player base (which still shocks me they allowed that to happen) and was flatly rejected so there is no use banging my head against the wall over things I can't control, so made the logical step....a step back and concentrate on what I can and that is my channel and subscribers. I really wish they could have listened but my hands are tied in the matter so why dwell on it. Just move on and have fun

I don't think companions should return to service after you have escaped or been released from prison or capture, In most cases they return to the Inn circuit which change according too time spent in game over months and years, as with most NPC characters they will change location over time as they move around the map, well they used to in the first two games Mount Blade & Warband i gather it would be the same case for Bannerlord, i haven't played much because i thought the game still required more work and they changed the skill system somewhat from the way it worked in the first games and i'm just not fussed on the new setup, i just wanted to see the game put into a better engine that handled better models & game mechanics, from the old games there were 20 companions 10 you could use full time together because they got along morale wise, you could not have 20 and keep them together because sooner or later personalities got in the way and they would fight till one left your service, at most including your wife when you marry and any siblings or faction leaders your party would not increase hero's to more then 14 or 15 unless you had changed some mechanic in the world mod you were playing which would increase the amount of companion hero characters you could sustain, based on level and income you had gathered which can be generated many ways, i rarely used an actual army in the old game i prefer just to travel with companions for ages while i built up reputation & honor winning tournaments across the map, they move around to the bigger cities, i would also do quests and such to raise local loyalties with villages & towns so when i did finally create an army and start my own faction i would just have tons of lords and villages & towns just join my faction, the best way to win in old games was to sway all factions to join you as your the better leader without massive wars but through cunning diplomacy & winning tournaments gaining favor of heaps of court ladies before marriage, you'll need court ladies in every faction to bribe lords onto your side so remember that before you get married, you need high rep with them to bribe the lords that hate you later because you may have porked his daughter or killed his son somewhere down the line, you may have just beat them silly over several tournaments and need to repair some factional loyalty.
You must log in or register to reply here.

Some general feedback about the game as a whole