[BUGS] - A place to report bugs to prevent duplicate posts

Please add map rotation as that will fix bug. In the guarding caravan quest you get from cities, the caravan usually gets attacked right outside the city. The problem is that on some cities the battle is unselectable because the city is blocking and cant be gotten around.

Had that bug. Verify steam files solved it instantly.

I also have the same siege ai bug as Leoowars, but in Ortysia; same cause

Quest at Glinotr (defend the village against raiders), it gives 0 days to complete the quest and drops immediately if you click to wait in the village, and after loading save game, the game crashes.

Bug Description: Family Feud Quest, if you exit to main menu while in dialogue with the one desiring revenge and then later load a save from before it breaks all dialogue from across the game from what I can tell.
How to Reproduce it: as stated above
How Often the Bug Occurs: All times I load in
Quest Name: Family Feud
Potential Fix: Turned off game and turned back on allowed me to progress

Bug Description: Quest ask me about the wrong quest after speaking again with him (He was asking for 2 units of leather but if I want to finish the Quest he asks me if I killed the looter parties).
I only can answer that haven't killed them right now, then I can't do anything to go out of the conversation.
How To Reproduce The Bug: Don't know sorry
How Often The Bug Occurs: First Time
Quest Name: Overpriced Raw Materials at Marunath
NPC Name: Urien the Chandler
Save Playtime(How long you've played that save/What day you're on): 17h / Day 129 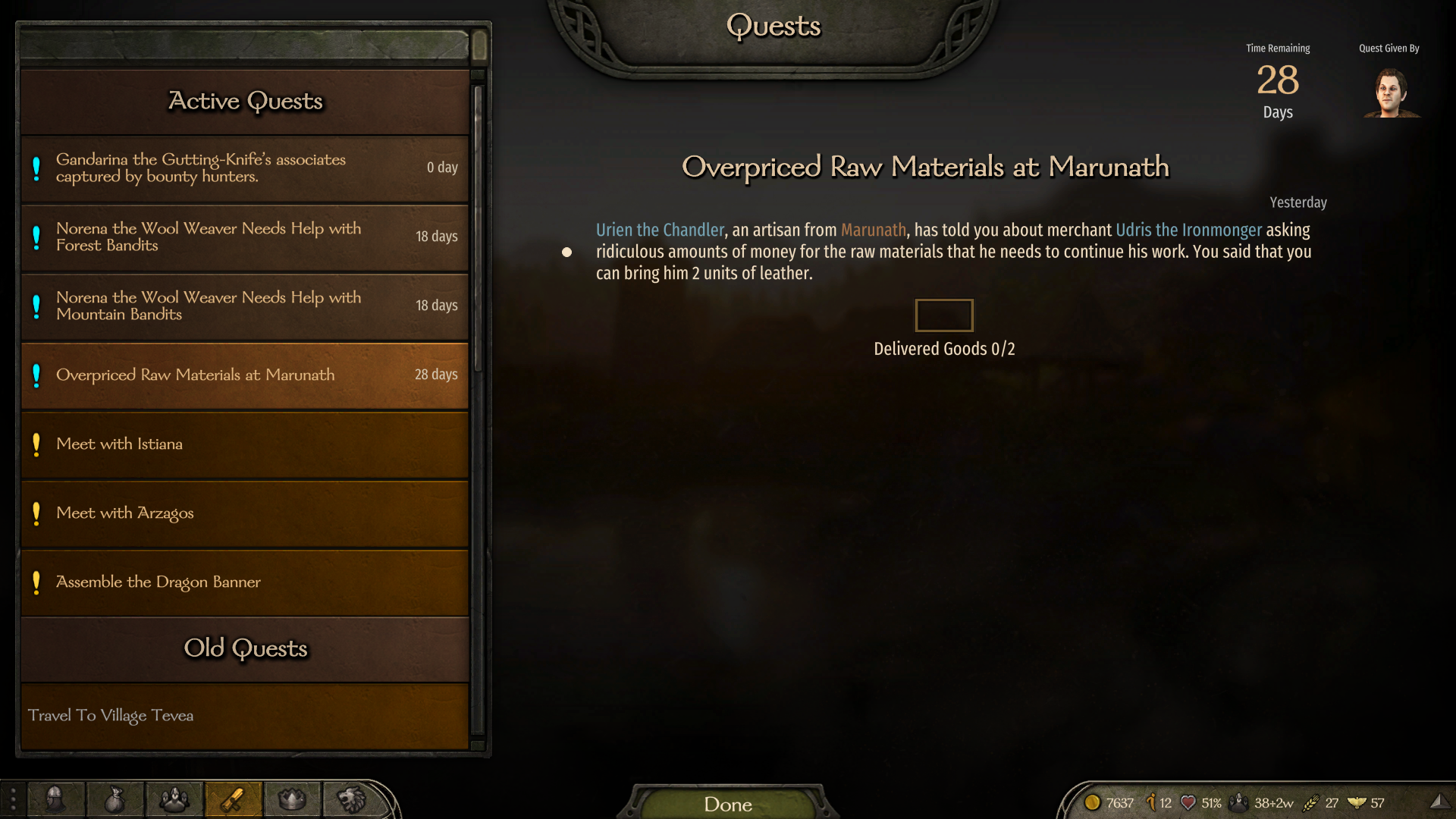 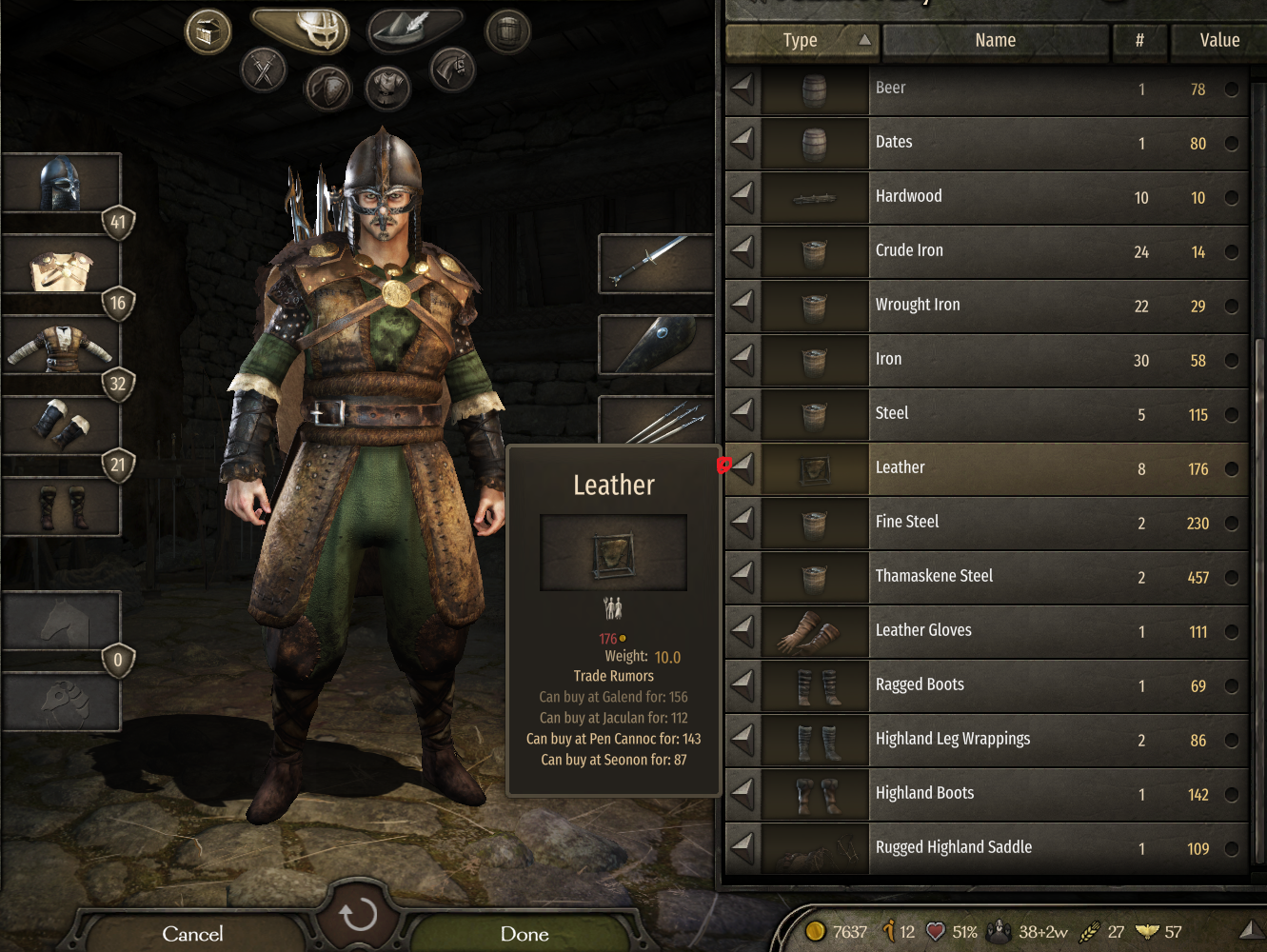 (I have enough Leather) 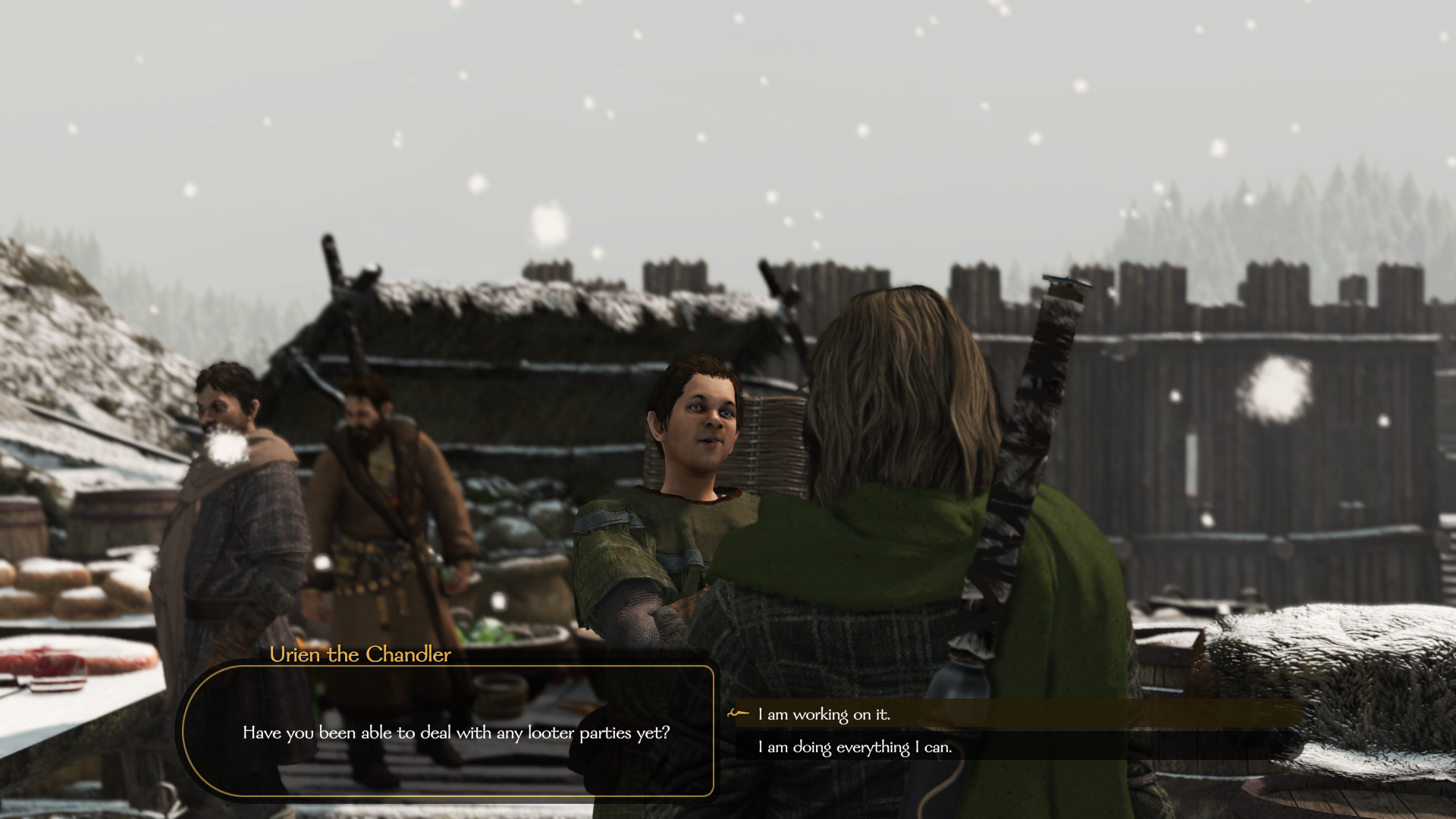 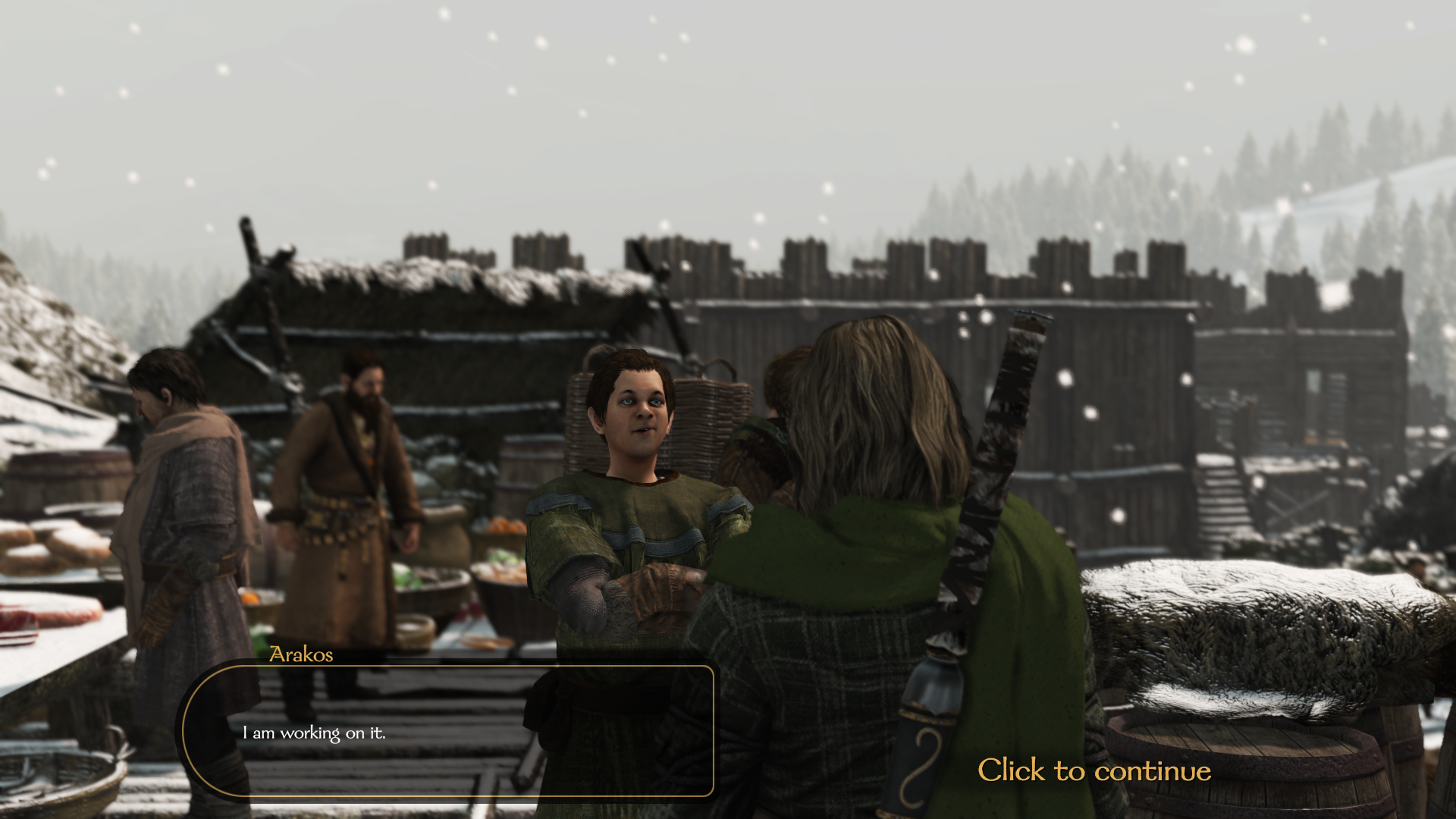 ("I am working on it!" Can't get out of the Conversation, only turning cam works)

Bug Description: The Arena doesn't award weapon experience. One of the simplest-yet-balanced methods of improving weapon proficiency in Warband was playing in the practice arena. Since the practice arena no longer provides any experience it's virtually useless. This occurs in both tournaments and practice battles.
How To Reproduce The Bug:
Participate in the Arena, either in a tournament or practice match.
How Often The Bug Occurs: In perpetuity.

Bug Description: Sword blades recede into handles.
How To Reproduce The Bug: Unfortunately, I have absolutely no idea what caused it or when it happened. I only noticed while checking my equipment closely. For the first image, this sword was NOT like this for a long time, then suddenly became so. The weapon's stats were also affected, it actually did become a shorter sword in the numbers too. For the second image, it was created with the bug as it was a tournament sword. The second image is not actually mine, but it illustrates the bug.
Save Playtime(How long you've played that save/What day you're on): Around day 160 now, but it happened at some point before that.
Screenshot(s):

Can also be seen (better) on a tournament weapon here:

This effect is replicated on the 3D model as well as the preview image, and again: it DOES affect the weapon's stats.

Didn't happen before for weeks in-game until it started one day. Now it's impossible to go inside.
Last edited: Apr 1, 2020

Bug Description: CTD when laying a siege, after building equipment to scale wall/break door - clicking Attack or Send Troops
How To Reproduce The Bug: I tried leaving saving multiple times etc. all same ctd result
How Often The Bug Occurs: In perpetuity.

The wood workshop is extremely unbalanced. Building it in a prosperous city, close to the hardwood yields profits from 1k to 15k per day. In comparison, caravans make 1k per day tops. It was easier to become a millionaire than to become a vassal.

Sometimes, I can't add perks to my skills. I add them again and again and they keep on disappearing immediately after clicking "Done".

Leveling up is too slow. I've become a multi-millionaire, created my kingdom with 3 towns, won a dozen battles, yet still, none of my skills is above 60.

While sieging a city I was attacked. After convinced him to join my faction I was stuck in the siege unable to move or attack while the rest of the world kept going.

Bug Description: game freezes when asking about unifying empire quest to the woman who gives you the quest I forgot her name. and settlements don't get counted when i take them from empire culture.
How To Reproduce The Bug: Ask the woman "about the task you gave me" while the said quest is active the game freezes but doesnt crash.
How Often The Bug Occurs: every time
Quest Name: Unifying the empire
NPC Name: Istiana
Save Playtime(How long you've played that save/What day you're on): 21 hours 120 days
Screenshot(s):
Video(s):
Computer Specs(Only needed for performance/graphics/stability related bugs/issues):