Bugged out revolt quest. pls help my wife is stuck :(

Got a quest called "Himil's Revolt" which involved stopping a party on the campaign map which would gather more support as time went by, filling up a bar from 1-20. I engaged with it at level 2, with about seventy tier 3-6 Khuzait troops, and got completely smacked down by about 50 horse archers, failing the quest. What's worse, my wife got captured and is listed as a prisoner in the clan menu, last seen at Chaikand. She isn't at Chaikand, dungeon or keep, talking to the original lord doesn't yeild anything, and Monchug's barter menu doesn't give me the option to release her. So yeah, if anyone has a fix that would be great, it's an ironman run so I can't just savescum it. TLDR its a really dumb quest. 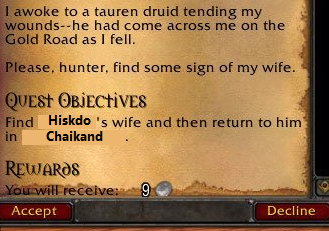 That's next level dedication to a joke xD

You have to WAIT. Either you will get message that you can pay to have her released (on the right side of map screen) or a message that she escaped. You then have to wait until the clan list says she is STAYING at a fief, if it says she's HOLDING you won't be able to actually find her. If you wait for weeks and week and none of that happens then you need to make a bug report in the tech support section.

Does she have a step brother by any chance? Maybe he could help
You must log in or register to reply here.