Summary:
I've encountered an issue chain with the conspiracy commander unit. When you get the destroy raiders quest and beat the 4th party, then you can't take anyone as prisoners, except from the conspiracy commander. Then later on you can actually recruit him to your party and he will fight for you on horseback among the infantry unit.
I'm not sure if it's an issue that you can actually take him as a prisoner, while the others you can't. Or that you can recruit him after that. But I'm sure that if he is on horseback, then he should be grouped with the other cavalry units, instead of as an infantry unit.

How to Reproduce:
1. Finish the Destroy Raiders quest
2. Capture the Conspiracy Commander unit instead of killing him
3. Take him as a prisoner
4. Recruit him
5. Take him to battle with your other units, where you have infantry and cavalry units in separated groups

Have you used cheats and if so which:
Used mod: Keep own fief: https://www.nexusmods.com/mountandblade2bannerlord/mods/1132
shouldn't affect it tho

Media (Screenshots & Video):
This is a picture showing that I already have him recruited from the same recurring quest: 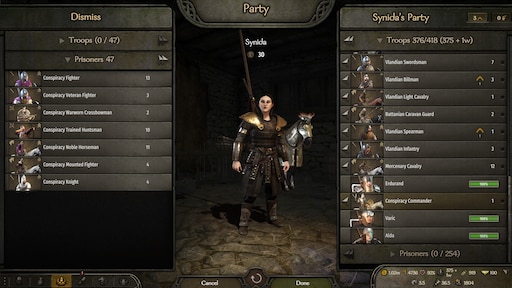 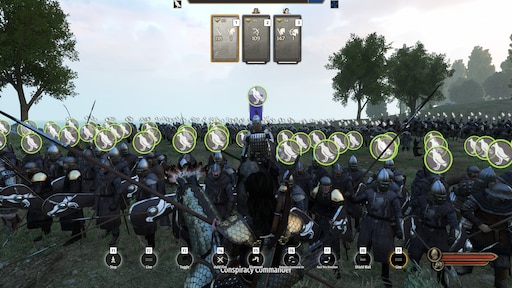 I've been informed that this bug is fixed and the fix will be sent to the game with future patches. Thanks for reporting and sorry for any inconvenience!
You must log in or register to reply here.

Resolved Camera spinning out of control