Look, I understand. You wanted to set the game in early 11th century or whatever. Problem is that the gear variety and design is **** for that age. It's either super heavy armour for the Sarranids (I dont remember the name nor do I care, too long to remember) or the medium ish armour for the European based Kingdoms. Warband was cool because it also had cool armours and weapons. With Bannerlord, everything is a huge improvement (despite huge fps loss in sieges) except for the ****ty gear.

Now, before people start claiming they wanted to make the game based in early medieval age. Well, let me tell you something. Trebuchets for one, weren't a thing in Europe until early 1200s... next? The castles. Their constructions, their design and layout is far too advanced for early medieval age. The cool **** we seeing rn is actually late medieval, or somewhere close to that age. So stop with the BS
Also, they showed concept art of crusader helms in one of their concept arts. Not in the game tho smh

...eh, maybe they wanted to leave room for future expansions/DLC?

I take it you too think it's lame to lead an army of cavemen? Cause damn they look ragtag as hell compared to the other iterations of M&B.

Jhaerik said:
I take it you too think it's lame to lead an army of cavemen? Cause damn they look ragtag as hell compared to the other iterations of M&B.
Click to expand...

You know, it could be entertaining if they had some mammoths for us to circle...

Jhaerik said:
I take it you too think it's lame to lead an army of cavemen? Cause damn they look ragtag as hell compared to the other iterations of M&B.
Click to expand...

Do that if you want to, the gear is already there. But knights and ****? All you have in the game are measly footmen...

oh god I hope they don't make equipment DLC. that would be so disappointing.

I just miss what some other posters are talking about, equipment quality. Rusty, bent, normal, masterwork. dat shi' wuz ttttttite

I too find the armors and equipemnt unnapealing. Almost everything is leather (despite leather being trash. Gambeson was way better.)

Uh oh we got a mordhaus fan

Yeah, feels like an equipment downgrade in comparison to Warband. 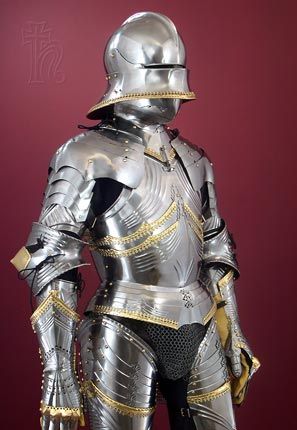 Just wait for mods why would they add historically inaccurate gear to the game they are purposefully trying to make historically accurate.

bobjosh77 said:
Just wait for mods why would they add historically inaccurate gear to the game they are purposefully trying to make historically accurate.
Click to expand...

It's not very accurate to begin with.
But hey, I can live with mods addig all the good stuff, as long as the devs fix the core.

this is just your opinion man, I like the era of lamellar and scale. If you want late medieval, wait for mods

We don't need to bring in anachronistic armours. It's very easy to design similar looking yet different armours from the time period Bannerlord is inspired by. But I absolutely agree that there's -> currently <- a big lack of good looking armour pieces, even with the 'unlocked' ""multiplayer"" equipment that is otherwise missing from the single player.

I think plate greaves, gloves and shoulder plate pauldrons could be perfect for Vlandia.
The devs can easily make an alternative version of the red cape shoulder armor then there would already be some cool looking shoulder armor for Vlandian knights.

bobjosh77 said:
Just wait for mods why would they add historically inaccurate gear to the game they are purposefully trying to make historically accurate.
Click to expand...

Why do people give this excuse non stop. The game isnt historically accurate. Its loosely based on early Medieval age. Trebuchets and castles that we have in the game are at least mid medieval age.

Which late medieval castles are you referring to? The Empire's castles and settlements are Byzantine in design.

The game is set more to a pseudo late dark ages more than anything. So in that regard... the choice of equipment available makes perfect sense.

Wont happen in vanilla. Setting is early medieval age, late medieval things like trebuchet are added for gameplay value, but there wont be full plate armors

but you know, there will be mods, tons of mods

My sincere expectations to Bannerlord
2