How to Reproduce:
Not sure. I was charging on my horse towards looters and they threw rocks at me. I'm not sure if it was the rocks or a hand-held weapon that knocked the horse out, but as soon as the horse went down, as I was falling forward toward the ground, a bunch of black spots appeared, covering the looters and my character. I was knocked out and went into free camera mode. I turned the camera away towards the sky and the problem went away. I turned the camera back towards the battle and I could see everything fine. I've been playing all day and this just happened. But now that it's happened once, it's happening again and again. As soon as the looters throw rocks, black spots show up. I tried riding my horse away and looking towards the sky but it's not fixing. After the battle, everything looks normal again. At the beginning everything looks fine, right up until the rocks start getting thrown. I'll try restarting the game. 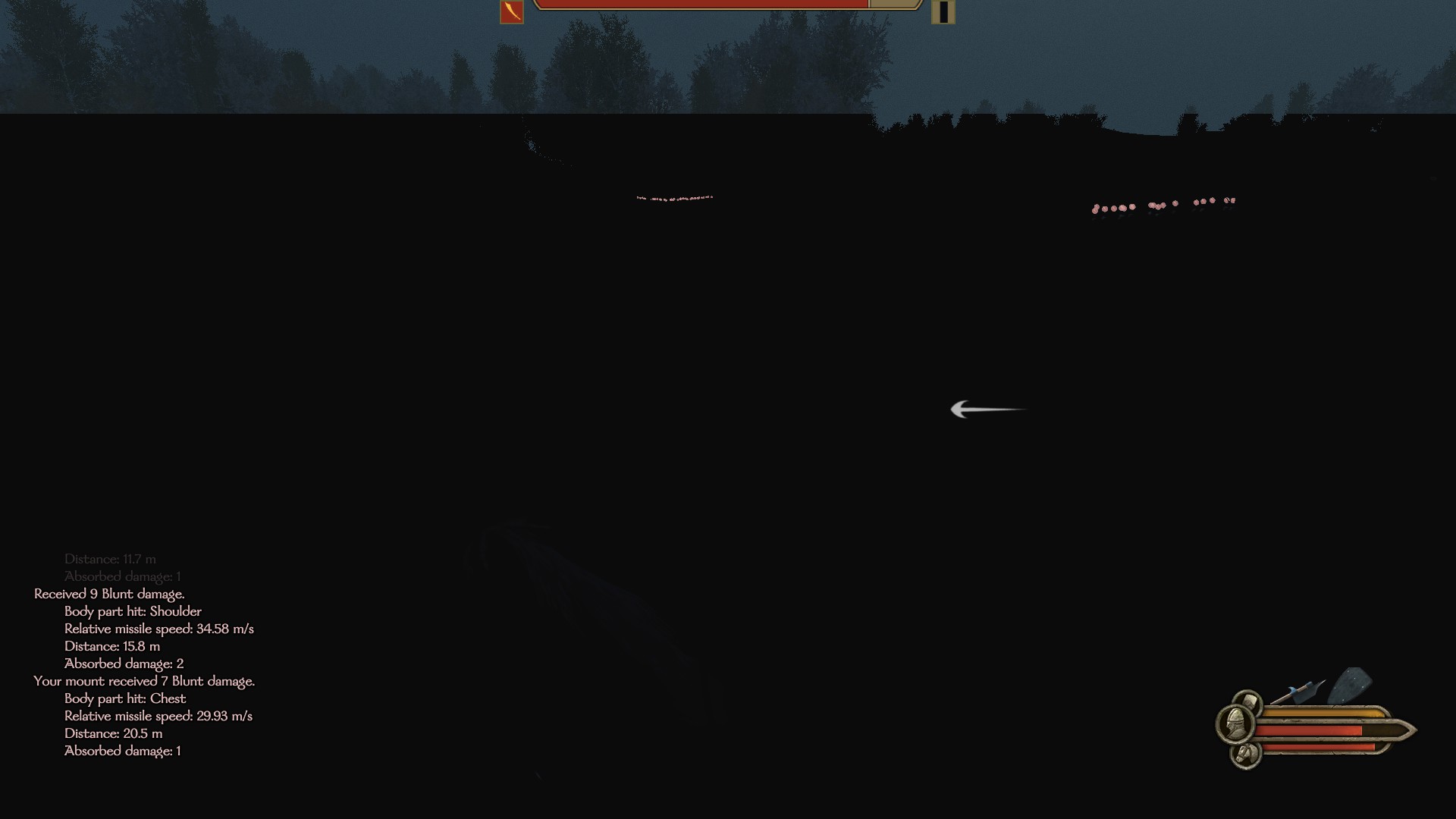 Hello, sorry for the late reply. We have fixed a considerable amount of the problems we have encountered so far and improved the game performance with the multiple patches we have released. Please make sure that your game, your drivers, and OS are up to date and the game has necessary permissions over your security software. Please let us know if the problem persists after completing these steps and verifying the integrity of the game files.
You must log in or register to reply here.

In Progress The Barber makes me fat!