I don't know whether it's in this patch that creepy audience in arenas are changed. Very nice.
Last edited: Jan 14, 2023

Also, nice to see new armors are being added to the game. I think art team did a fantastic job designing vanilla armors. They look really cool.

Good changes overall but I didn't see horse color or brother / family appearance changing in there. Or even just having the character creation display your brother's actual height...

I'll want to start a new game for these changes but going through a lengthy series of restarts due to my particular aesthetic preferences is brutal.

Looking like a very good and substantial patch! I'm keen to play it! Well done TW 🎉🎉🎉🎉

The game doesn't seem run alongside MSVS debugger in 1.1.0. This will make the game near impossible to do any kind of good mod if not fixed. System.AccessViolationException: 'Attempted to read or write protected memory. This is often an indication that other memory is corrupt.'

Wow these changes look amazing. Please bring this to consoles ASAP, I want/need to play this version. The back alley business has my nipples tingling.

Wow an actual patch, almost makes it worth the broken mods.

Yes, thank you for removing the PS1 Nightmare NPCs from before 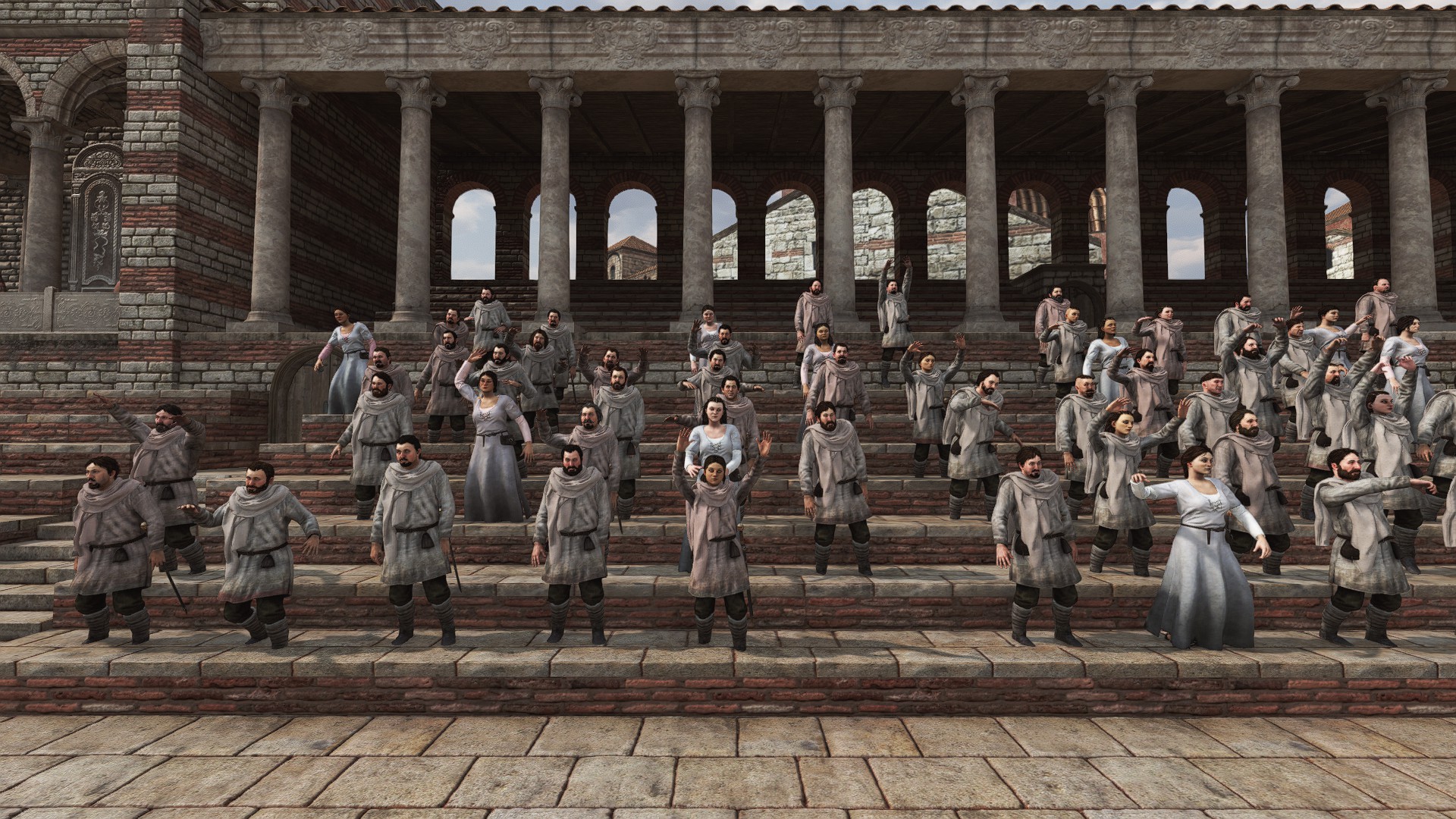 Yes this is much better. With the various accents you get a real impression you're talking to someone from a different region/culture. I'd say from my quick warping across the map the accents all seem appropriate.

Now if the NPCs can just evolve beyond being cardboard cutouts and really respond to events around them!

You finally did it! Not sure why it took almost 3 years, but thank you.

Interesting, guess this forces the player to interact with world a little more. Good step in the right direction if you ask me, but I'm guessing a lot of people won't like this.

Yay retirement! Don't have to wait for main character to die. Now if we could just get actual tutoring, you might be able to run a consistent campaign (though not sure why you'd need to).

Though I didn't see Retreat at first glance... is it like a hideout?

Very nice, hopefully this makes raiding profitable, instead of something you just do to cripple your enemies economy.

Always thought this was silly, so this means the select minor factions will always be at war then?

What is a "type"? While I'd say I saw more wanderers at start of game, there was certainly not one of every name type. For example: Spicevendor and several others were missing for me. Battania and Sturgia literally only had 2 Heroes.

Needs Grain Quest is kinda bad. Basically charity mission and you get far too little relationship gain with Notable to make it worth doing. Especially at higher clan tiers where they want several hundred units of grain. Not worth +1 to 2 relationship LOL

Basically you nerfed shoulder pieces. Which is good IMO since they provided way too much armor if you ask me. Going to have interesting effects on unit balance though.

Ah that one seaside Empire Town may not be so awful now, good.


Good patch, wish all of them were this substantial. If you're going break everyone's mods at least make it worthwhile eh?

I love the way they've reworked the back alleys fights - you only have to beat the thugs that are guarding the alley now, no need to wait a few days and have another fight like it was before. Less unnecessary loading screens is always a good thing.

Also, alleys are a great source of passive income during an early game. And finally, the Rougery skill-tree is not useless anymore and there is a way to level it up substantially (aside from prison breaks).

Lesbosisles said:
I love the way they've reworked the back alleys fights - you only have to beat the thugs that are guarding the alley now, no need to wait a few days and have another fight like it was before. Less unnecessary loading screens is always a good thing.
Click to expand...

Yeah, when we were testing it just felt annoying and it worked out quite well because we could use that mission for when the AI attacks players down the line.

Duh_TaleWorlds said:
Yeah, when we were testing it just felt annoying and it worked out quite well because we could use that mission for when the AI attacks players down the line.
Click to expand...

It was an annoying thing indeed Good thing you've paid attention to it. By the way, a question - say, I get a notification that one of my alleys is about to be attacked by a local gang leader, but I cannot go there immediately and help my fellas out there. Is there a chance that they may defend the territory without me, or is it always a 100% lose for them if I don't show up?


Bluko88 said:
Though I didn't see Retreat at first glance... is it like a hideout?
Click to expand...

I'd took Rhotae, rather than Lageta, as a guide point

Lesbosisles said:
always a 100% lose for them if I don't show up
Click to expand...

Hmm, I would add some % probability for your gang to win a fight without your presence (maybe dependable on your follower's Rougery skill?). You may take an alley in Sturgia, but I doubt you'll make it there in time, if you are in Aserai lands the moment you receive a message Not very convenient IMO.

Being a gangleader is hard work.

Duh_TaleWorlds said:
Being a gangleader is hard work.
Click to expand...

@Duh_TaleWorlds short question: how does the Fog of war apply to the location of a certain hero? Asking because i still get information about it and dont really know how to interpret it. can you give us/me more detail?

For some reason, the console command: "campaign.multiply_campaign_speed" was removed?

By the by, has anyone tried the retirement mechanic yet? What happens to your PC, if you decide to choose an heir? Is he/she becomes an companion-like NPC, who could be assigned to govern some city, or just vanishes from the game world for good?
You must log in or register to reply here.