PaTi6op said:
This person knows what he is talking about! I fully support it. As a lover of playing certain roles, I'm not particularly chasing after capturing the entire map and the ability to plunder cities, but not capture them, would be to my liking.
Click to expand...

Thank you and I appreciate the support.

I really think TW should look into this. I'd wager most of us want to play the game at our own pace, and being able to decide whether to conquer a town or not would be such a good feature. It would also add much more immersion and "rp" to the game.

I realise Taleworlds has alot on their hands right now, but I think this would be a fan favourite.

Approximately how long will this game be in Early Access?​

“While we do not have a set date for a full release at this moment in time, we expect that the game will be in early access for around a year. Our focus is on ensuring that the game is fun and enjoyable rather than imposing a deadline that might have a negative impact on the final product.”

By current pace of development, they should change that to around two to three years.
Click to expand...

Thanks for the link.

I misunderstood your post, thinking you were talking about a fix to siege AI, therefore wondering which dev would have said anything about that.

Pease, if a Dev could elaborate on this completely! These skills are highly important and controversial, I would like to know the exact changes! Any chance they can be raised more easily or in new ways?

redmark said:
Has Istiana disappeared for anyone else?
Click to expand...

Managed to sort of work out what's happening (will raise a bug) - pretty weird, and fairly significant defect.

When loading a save made on 1.5.8 beta, any 'unseen' NPC's (Istiana/Arzagos, and many potential companions; NOT nobles; not sure about town/village notables) are broken. The bug happens on loading the save; the characters are fine when saving, fine continuing the game without reloading, but gone on reloading.

Arzagos and Istiana remain in the encylopedia but location changes to "Never seen before" and they're not at their normal location (=quest line broken).

For those who don't care about the main quest:

**Actually, I'm pretty sure I had seen Istiona the Healer, so not sure what's making some disappear and some not; I'm 99% sure though that all the wanderers that did survive the 'load cull' were ones I had seen/recognised the names.

As a quick test, just started a new 1.5.8 beta game, skipped the tutorial, checked there's a page and a half of wanderers, saved/reloaded, and still a page and a half of wanderers - so this appears to be quite a significant bug breaking 1.5.7 > 1.5.8 save games, but not present in 1.5.8 fresh games. Unless it only occurs at some later point connected to the main quest, but I'm not chasing 10 nobles and fast-forwarding a couple of hundred days right now to find out...

PaTi6op said:
This person knows what he is talking about! I fully support it. As a lover of playing certain roles, I'm not particularly chasing after capturing the entire map and the ability to plunder cities, but not capture them, would be to my liking.
Click to expand...

Lesbosisles said:
That would've been nice. I've never seen any point in pillaging and devastating in TW series - you pillage the town just to get a bunch of ultimately angry people and very low prosperity-wise city which drags your economy down.
Click to expand...

You can simply pick the Garrison, disband those who are useless and go way, you have no responsibility or waste of money in that town, and for some time you will collect taxes. And better yet, with luck some Rebeles will take the town. 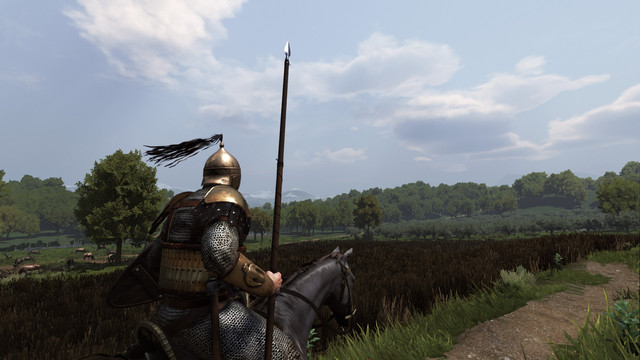 The Bowman said:
Major issue: In my second looter conversation situation, my cursor disappeared. I was unable to choose any option and I had to Alt-F4. It happened when they chased me down.
Second issue: The game has some sort of Trash Item worth 1 denar, and the Oil model does not load.

Edit: All files have been validated. I do that every time I update the game.
Click to expand...

I have the same issue with the cursor when i engage some looters on a clean new save.

Decent improvements, I like it. But textures are not loading properly. I got it with sturgian houses and imperial taverns so far, but I take it that it happens in other contexts too. Also the names for characters when loading a new campaign seem mixed up. I got Bathanian default names when selecting an Imperial character. 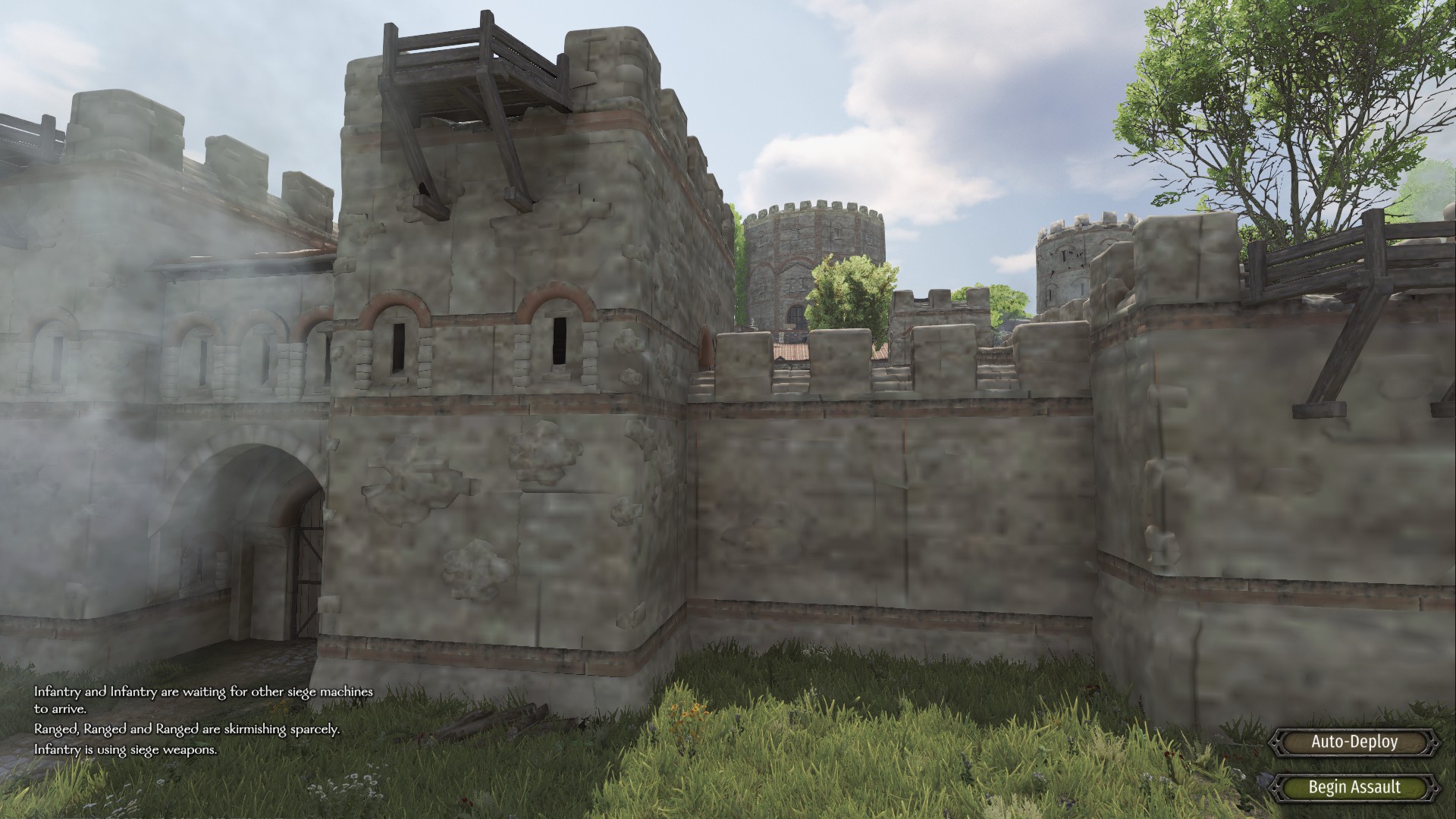 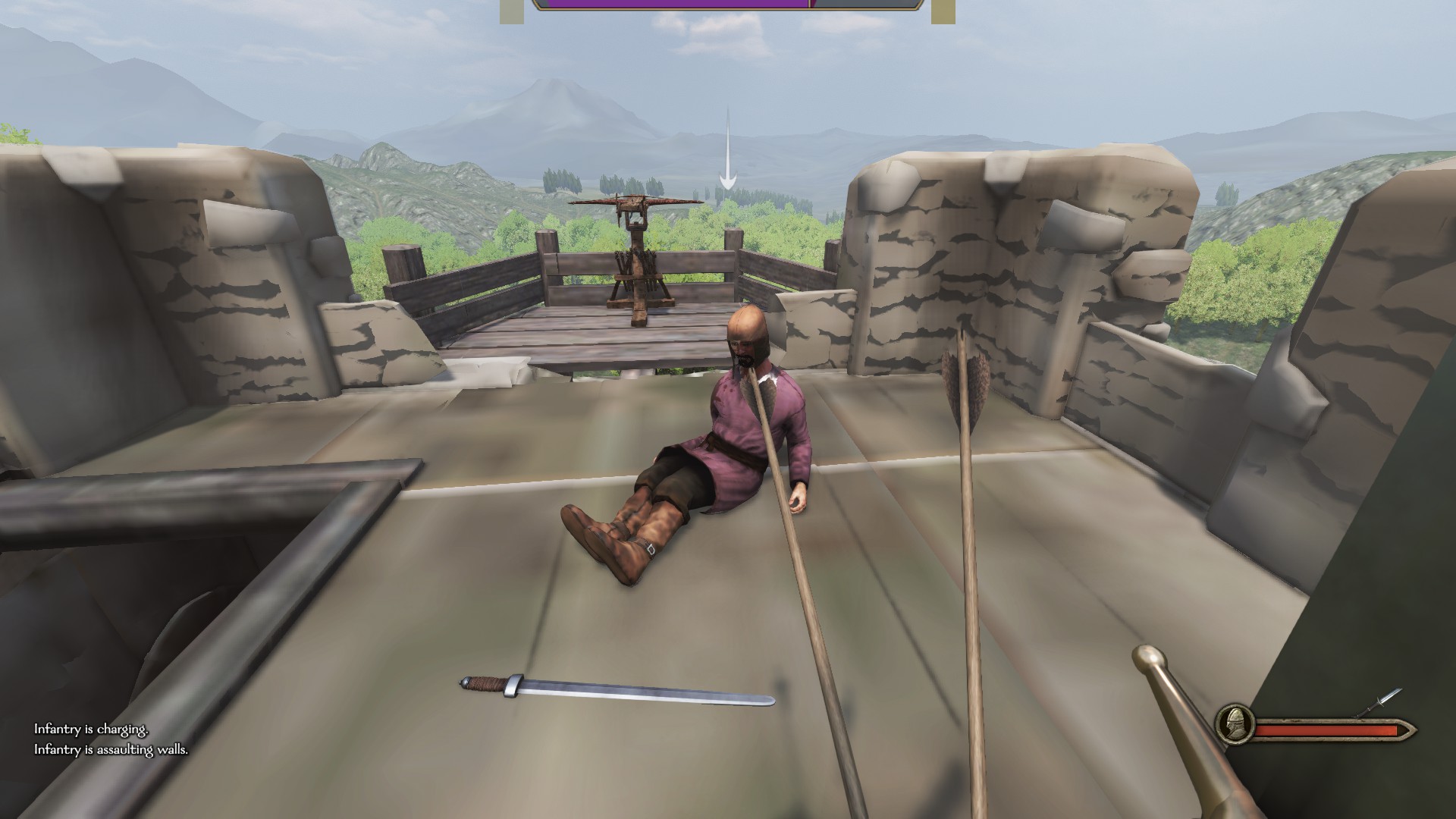 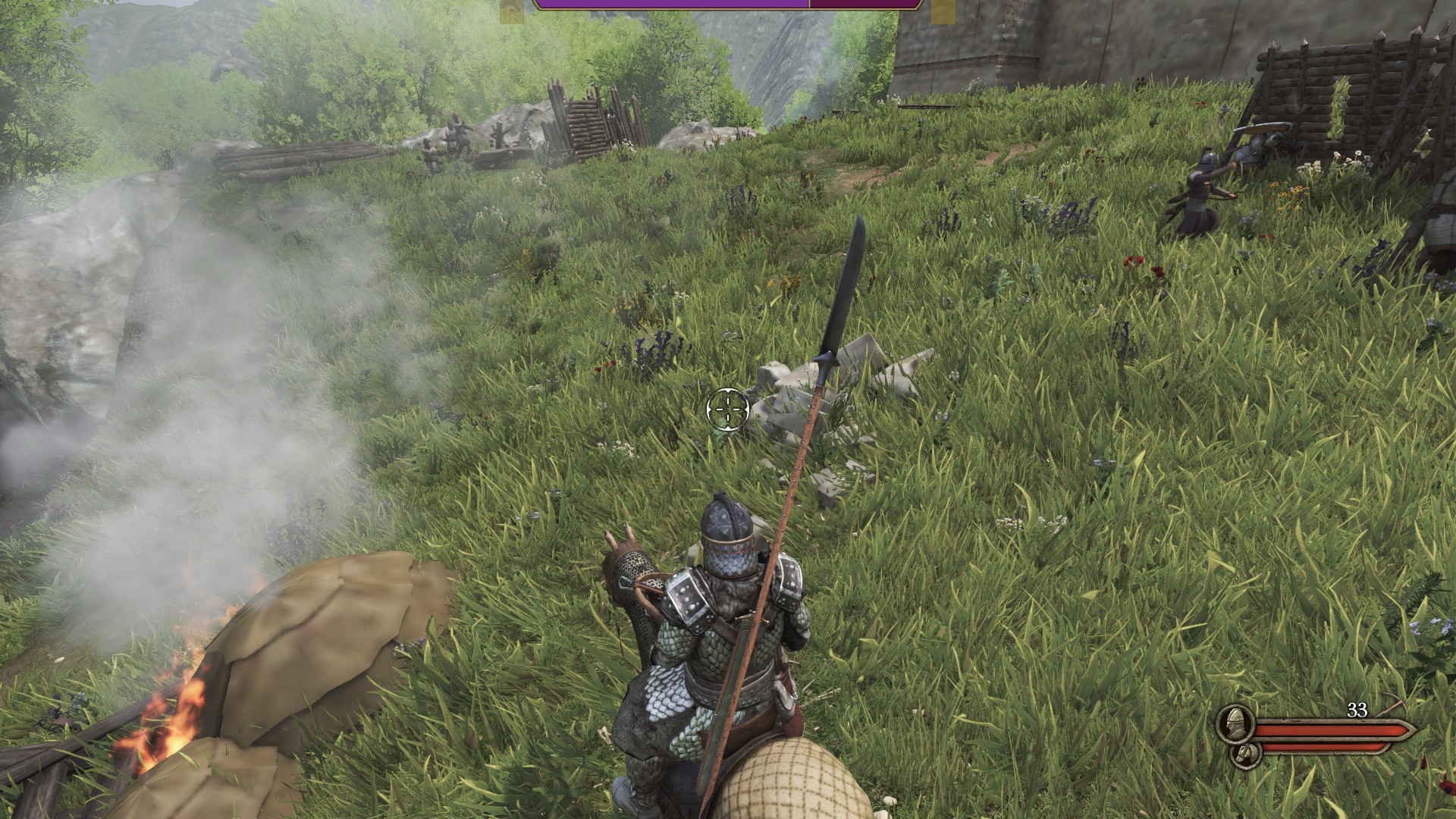 Lol haha, same happened to me, restarting the game fixed it

It would be good if only textures... A lot of things seems to be messed up this time:

There is a lot of miniatures lacking: 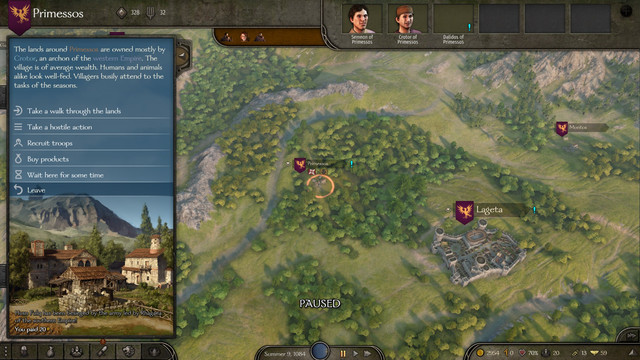 There is head poking through hair when jumping: 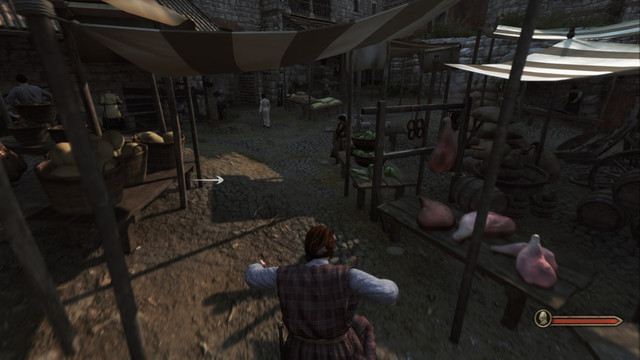 In the tournament soldiers have some image as their overhead banner: 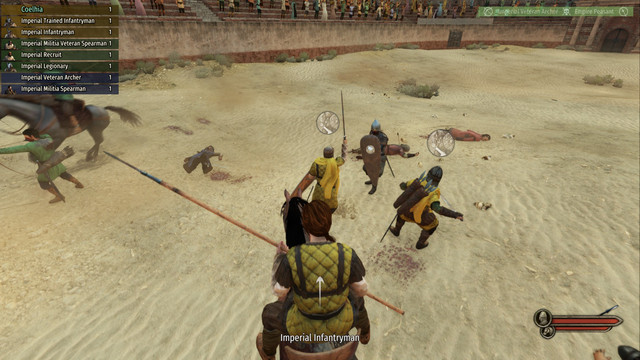 And someone in TW has weird fetish: 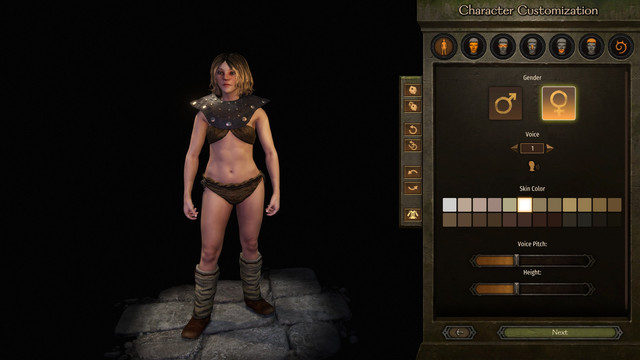 Rostan said:
Decent improvements, I like it. But textures are not loading properly. I got it with sturgian houses and imperial taverns so far, but I take it that it happens in other contexts too. Also the names for characters when loading a new campaign seem mixed up. I got Bathanian default names when selecting an Imperial character.
Click to expand...

Same happened to me, textures and icons were not loading propoerly, restarting the game fixed it for me

Got bored at the end game for 157, worth it to start new playthrough om 158? I have never played long enough for my main character to die, would this build keep me interested in the end game?

Can we have patrols pls

Kenzo-0- said:
Can we have patrols pls
Click to expand...

Is there a plan to make npc party get refuge in friendly settelment when there are chased by hostile one? (Seems logic.)
And when does the « challenging « setting is going to be really challenging ? Or you dev are happy about the difficulty level in one to one combat ?

Cool stuff! To help with the (awesome) new siege options though, can we also get settlement culture displayed in the ui someplace? Or I guess can we access the encyclopedia before/while making the post-siege decision? Don't want to make the wrong selection since culture seems so relevant to this.
You must log in or register to reply here.

Today at 7:59 AM
MostBlunted