I can see two little bugs that I'm sure will be
Not that I care, loli it up tw

Moton said:
It's literally the beta branch in an EA title. You are the tester.
Click to expand...

You can literally turn the game on and know the menus and loading times are much worse in 20 seconds. Some of you all are so pleased with this stuff, it's just funny to me.

AnandaShanti said:
I can see two little bugs that I'm sure will be
Not that I care, loli it up tw
Click to expand...

The kid should have a cradle in the first Education phase, it appeared on mine. As for the 2 year old girl being topless, who cares?

Apocal said:
The kid should have a cradle in the first Education phase, it appeared on mine. As for the 2 year old girl being topless, who cares?
Click to expand...

I'm sure it's the same animation meant for infants just with sibling models stuck in.
I'm getting these education alerts for the siblings, not new babies.

no no no no 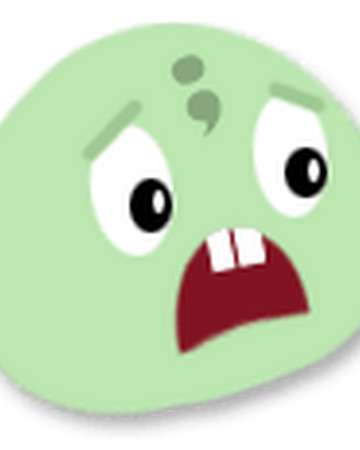 tRDx said:
Please fix the launch of the game through EGS. Game with 1.1.6 does not start after updating.
Click to expand...

We were able to pinpoint the reason behind it. Working on a fix at the moment to send it as soon as possible. Sorry for any inconvenience!

I can see two little bugs that I'm sure will be
Not that I care, loli it up tw
Click to expand...

TheBerserk said:
hmm I think no since there is no point in visiting them, even for quest NPCs it is useless because the menu UI shortcuts do not require you to do so.

what's the point of creating something so that no one has an interest in using them or see ?

I enjoy the scenes. They look cool, and add immersion.

Julio-Claudian said:
I'm pretty sure they've said this isn't a bug and they have intentionally not included NPC death in battles that don't include the player until they have balanced their death rates in player battles.
Click to expand...

thx for the info!

stevehoos said:
You can literally turn the game on and know the menus and loading times are much worse in 20 seconds. Some of you all are so pleased with this stuff, it's just funny to me.
Click to expand...

I dont play the beta branch because I'm not content in its function. Dont know why you would assume I'm pleased with any of it just because I'm telling you the purpose of a beta branch.

TheBerserk said:
this is exactly what i was wondering, and you are right if unfortunately they cannot work on something else
Click to expand...

The people who are creating scenes aren't the same who code the game's mechanics. So yes, they can't work on something else because it's not their profession.

Anyway, I very much agree that we need more reasons to visit villages, but that's just another reason to add more scenes. Imagine we are getting more quests requiring your physical presence in a village but they would all look the same. I am pretty sure it wouldn't take long until someone complains about it.

Next, there already are several reasons to visit villages like certain quests and raids.

Also you got the people who prefer to visit villages for immersion, sure, you can talk to most people without entering the scene but some people like it. Just like some games offer fast travel while some people prefer to make the journey through the game world.

That's why a live build exists; a build that has been tested. I don't understand why you aren't following me...

Beta v1.5.7 - An untested version that TW are using to find bugs right now. Offered to us if we choose to assist in bug finding.

It gets even better because even 1.5.6 is a beta while 1.5.7 is the beta of a beta... As long as the game is in early access people should expect all kinds of bugs.

AnandaShanti said:
well I finished chapter 1 of my 1.5.7 game

He's still got that amazing horse!

(it's a video)
Did you guys out source this part to a Japanese company....

Nest procs a day later, I guess guys who said sibling would be the intro to the system were right on.
Click to expand...

The menu's really look so outdated. They need a redesign tbh.

Hello,
I have already tested the education of children. Excellent! Very good !

And on the performance side, it works much better than with 1.5.6. Great job!

On the other hand, the wars being longer, I have the impression that they "overlap". Example: the war against the Khuzait is not over and the war against the Battanians is already starting (we play sturgian). I'm not sure about that, but in 1.5.6., We could have the peace with one and one wait before starting the next against another opponent, I didn't mind. But I'm not sure, it would take several tries.We say this because we enjoy these times of "peace". But we haven't tested long enough to confirm what we are saying, it would take several hours of testing. It seemed to us more difficult to make peace. But maybe we were too adventurous, we only did one test with our sturgian faction. We say this because we know that the Sturgians don't resist two simultaneous attacks or very hard. But we haven't tested long enough with 1.5.7 to be sure of this yet.

We would have to start a game over to check it all out, but we like the one we started with 1.5.6, we've never been so far.

We have to repeat it: the performance of 1.5.7 makes the game a lot more enjoyable to play despite our crummy little computer. We hope that will be confirmed.

Having tried almost every beta version, and while we are cranky by nature, we can say: Well done!

stevehoos said:
I am sorry, but this is mediocre, this game deserves better.
Click to expand...

TBH, I was expecting something like this. Let us hope this is just the initial version of child education which in fact is just a character customization atm (I did not try it myself yet so I guess based on others posts).
Maybe TW just needs some creative suggestions
How about:
age of
2 - kids start to appear in settlements (just some visual presence since there is not too much to train)
5 - can play in settlements (improving endurance - athletic skills)
8 - can follow the main chars party on roads (improving endurance - horseback riding, cunning - scouting) with some level of focus on (trading, governor, fight skills wood toy swords)
11 - same as 8 with some level of focus on social and intelligence skills
14 - get some real weapons and take them to training fields
16 - decide the personality orientation - lessons in smithing, tactics, leadership, medicine, engineering, warrior

Honestly I was hoping for something like this.
Last edited: Jan 13, 2021

Darkening Demise said:
Siege fixes....minus the ones where they can't figure out how to use ladders and ramps.
Click to expand...

Not true. I just order them to attack as soon as the siege tower is in place and they use all 3 ladders without issues.

stevehoos said:
I am sorry, but this is mediocre, this game deserves better.
Click to expand...

This is the first iteration of a brand new untested feature on their literal test branch - I'm sorry but this is not a valid complaint right now.

You are just being angry for the purpose of being angry now. I think you would do yourself a lot of favours by sticking to the live build. I don't think test builds are right for you... or even better - waiting until we leave EA.

Everytime you say something like this - you destroy the credibility of your argument; not help... and that is coming from someone who agrees with your general point about MP needing support. Just... grow up please; you don't paint us in a good light.
Last edited: Jan 13, 2021

AxiosXiphos said:
This is the first iteration of a brand new untested feature on their literal test branch - I'm sorry but this is not a valid complaint...

You are just being angry for the purpose of being angry now; clearly there is no reasoning with you here.
Click to expand...

He was the same on Totalwarcenter. Some people insist on incessant complaining and negativity, like they think we'll see them as some edgy internet Che Guevara.

CaptainLee said:
He was the same on Totalwarcenter. Some people insist on incessant complaining and negativity, like they think we'll see them as some edgy internet Che Guevara.
Click to expand...

What annoys me is there are plenty of valid complaints to make about the development process of bannerlord; and I won't disagree with them. But... this is TW using the test branch exactly as they are supposed to use it... and it bothers me that he is lashing out against them for a perfectly normal practice.

If we all kick our toys out of the cradle over every little thing TW do; then why should they pay any attention to us when we do have valid feedback to give?
Last edited: Jan 13, 2021
You must log in or register to reply here.