Having some difficulty arranging a match of Ullrs Bane Vs Imperium Polskie so posting on here :/
Added IPL_Lord Legionista on monday but had no definitive response as to a time and we can play. He linked me to another member to speak with- IPL_Volv but has not yet accepted the request.

My members have matches Sat and Sun, so hoped to organise this to be done before the end of Friday, so ideally 8pm Friday UK (BST) would be best (posted this because that day is fast approaching).

Hello. Just short information from me so you know that we are not completely loafing around. I will leave the rest to the people designated within our clan to deal with that kind of arrangements. We (IPL) will be discussing this matter today and if everything goes smoothly, we will have some potential match date suggestions by the end of the day.

Gosh, my last message here was almost 10 years ago.

Have attempted to add all three contacts from House Rolf, as of yet they are unresponsive. 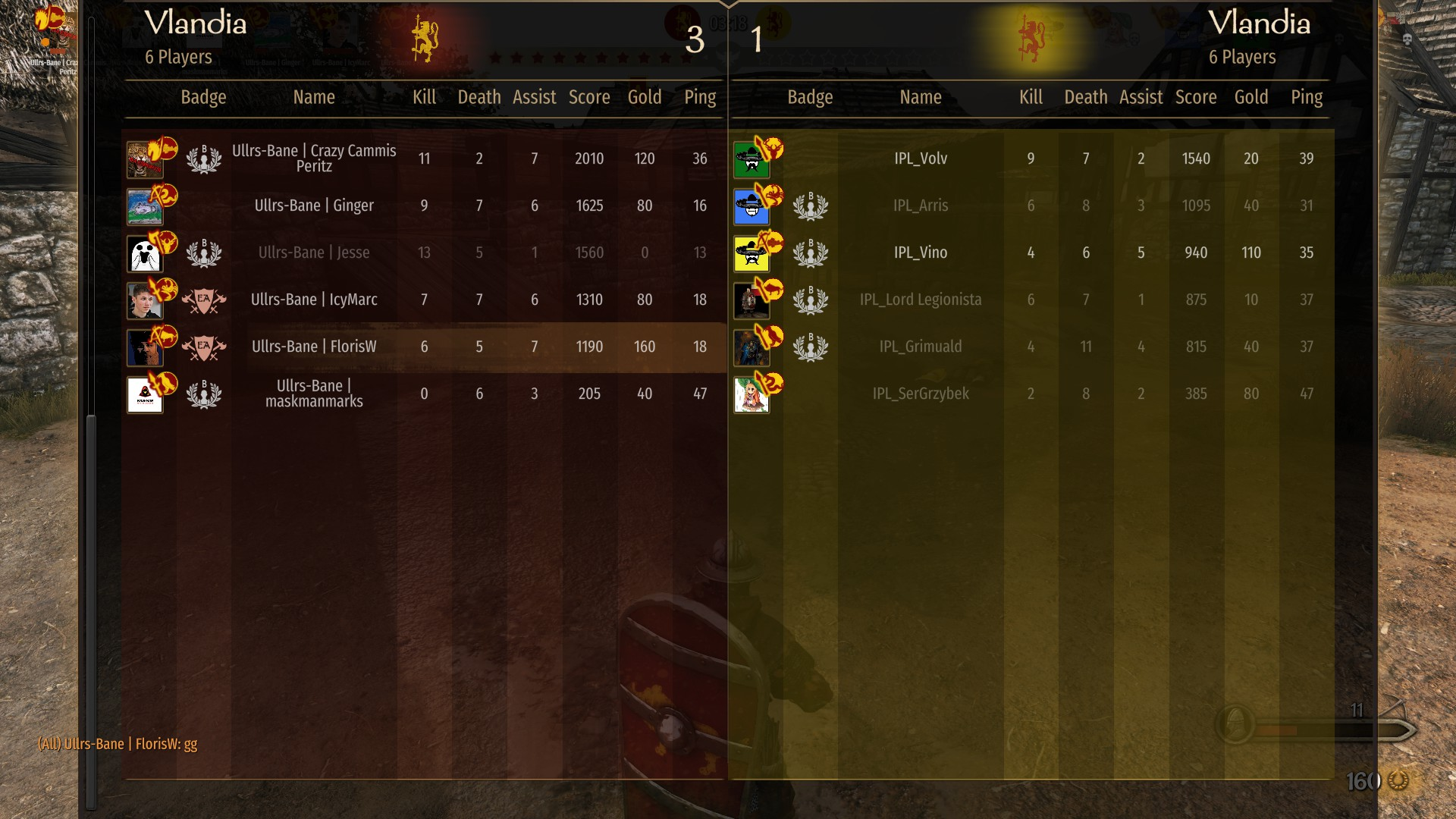 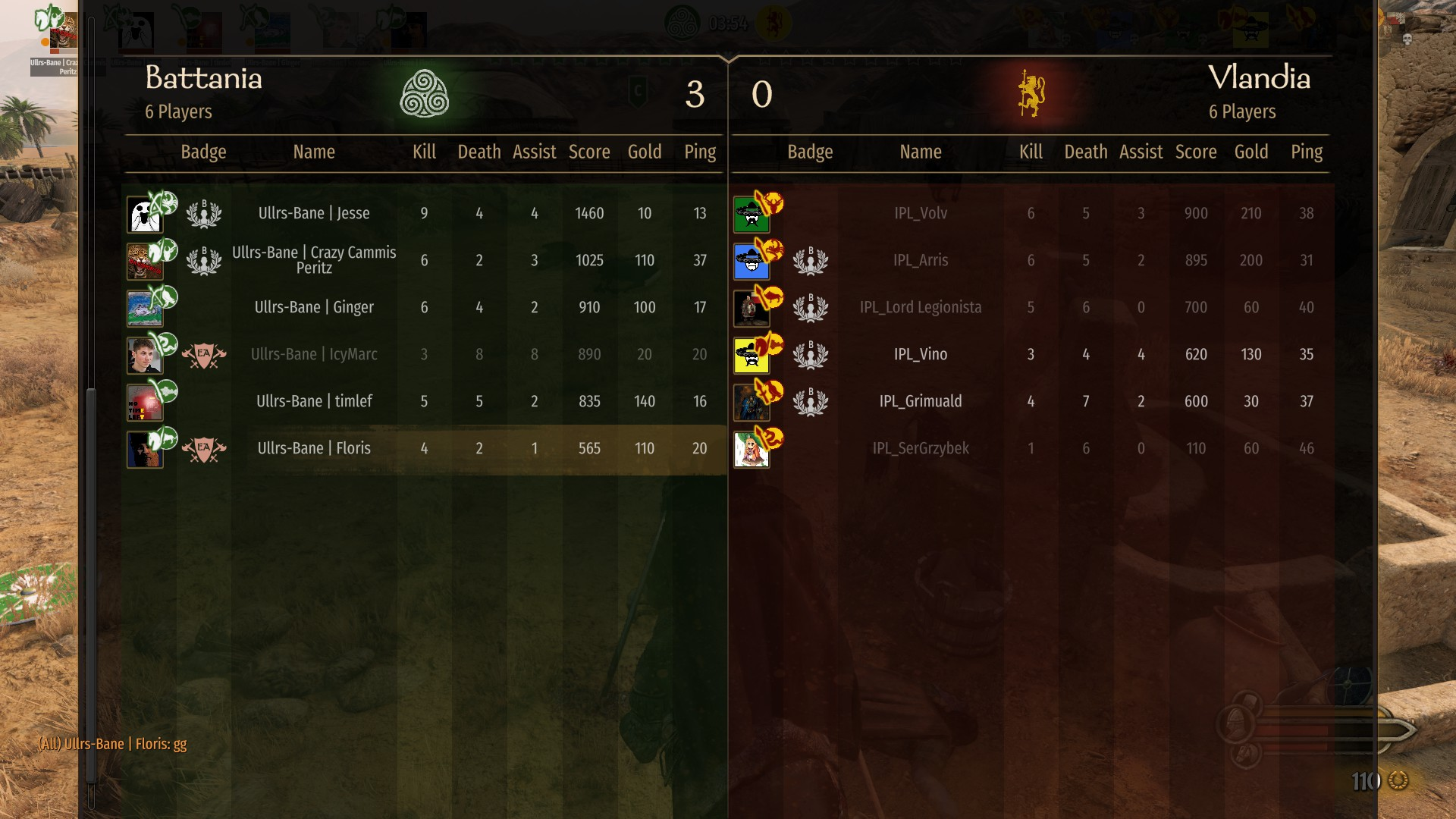 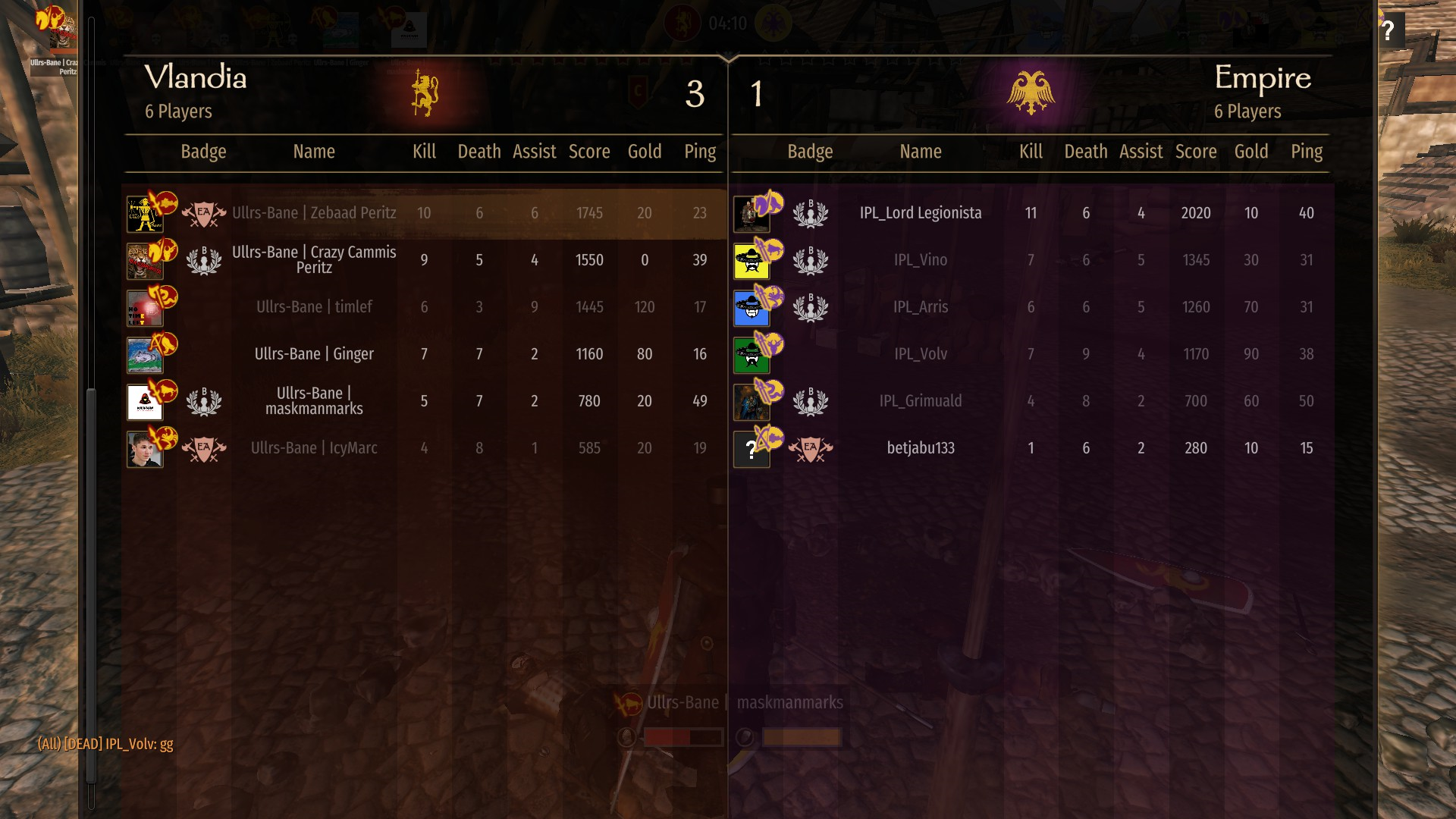 Not one of the HR contacts has added me, I assume this means we get the default.

Sharky1510 said:
Not one of the HR contacts has added me, I assume this means we get the default.
Click to expand...

Having similar issues with HR accepting my invites,
Added the same 3, but none have accepted;

Daden was also on this list, but it seems he declined it, and I am not able to send another.
Unfortunately the coming week is a busy time for my members with exams and work commitments.
Ideally would want to play Wednesday after 8pm UK time as a result.

Hey im sorry for all that to happen. But last night our clan leader rq the whatsapp group with him saying he is not a leader anymore, saying that we should drop out of the league and acting completely Emo. So I will just take responsibility by saying House Rolf is dropping out of the league. Thanks for having us and I'm sorry for the incompetence of my clan leaders.

There is a clear winner but to assign the round difference I need two questions answered.

Map 3 Vlandia v Empire - did someone of IPL crash and this random player was assigned to the lobby?
And who is SerGrzybek? He is not on the roster.

I confirmed the result.

TheBard said:
There is a clear winner but to assign the round difference I need two questions answered.

Map 3 Vlandia v Empire - did someone of IPL crash and this random player was assigned to the lobby?
And who is SerGrzybek? He is not on the roster.
Click to expand...

Map 3 Vlandia vs Empire - Our clan member, Orku had ISP problems and lost connection right at the start of the round. Since there were no more players present from our team and even after his return he was losing connection every few minutes we decided to go on with random player since restart wouldn't help at all.

As for SerGrzybek, he is longtime member of IPL clan. I will contact Volv and ask him why he wasn't included in our roster. Must be his oversight when completing list of willing players. It wasn't our intention to hide him and have not registered player play in hope of gaining some kind advantage. Orku was online so we had required number of players and his problems began at the last round. When we added him for the game, we were sure he was signed in. If we can still do that, we would want to add him to our team. His steam link: https://steamcommunity.com/profiles/76561198017051025/ We will also double check other IPL members that we considered using so we won't have repeat of such situation from our side.

EDIT: Just realised that we have full roster. We are discussing replacing someone from our roster and putting SerGrzybek in place so we won't have an extra player participating. We are hoping that it would solve the problem.

We also want to apologize for this unintended breach of rules and will accept any consequences if deemed necessary.
Last edited: Jun 23, 2020

Not a fan of double posting but quick update from our side. We are changing players in our team to take SerGrzybek into account.
>> Rosters thread <<

Arris said:
Not a fan of double posting but quick update from our side. We are changing players in our team to take SerGrzybek into account.
>> Rosters thread <<
Click to expand...

I have seen the request and will answer in that thread.

double checked all updating so far

I updated the capped palyers in teh rosters, please remember to do that