Calamity said:
... Every team has four matches total and one bye. Teams should play two matches a week (however you can play all four this weekend if all teams agree). You can play the fixtures in any order you want as long as you get all FOUR matches done by Wednesday August 29th.

Make sure you read the announcement Orion made regarding qualifier scheduling and rules: https://forums.taleworlds.com/index.php/topic,378279.msg9016509.html#msg9016509

The big one to pay attention to is:


Orion said:
§ 6 Scheduling
(3) During the Qualifiers, teams are expected to play two matches per week. If a team fails to play two matches within a week (measured incrementally from the beginning date of the qualifiers) then they must provide evidence of a good-faith attempt to schedule their match. Failure to do so will result in forfeiture of the match. Any match that remains unplayed at the end of the qualifiers will be considered forfeit by one or both teams (depending on aforementioned attempts to schedule).
Click to expand...

Since I was just asked you need to play these matches on official BCM servers. We have 11 of them up. Please post when the matches are happening in the Server Booking Thread.
Click to expand... (1) Players must play with the name they are signed up under in the team roster. This follows the three strike policy (warning, one-match ban, ejection).
Click to expand... Updating your result after verifying IDs. Thanks!

Where are your screenshots, and how did you win with 8 just rounds? Sets are first to 3, and you have to win 3 sets to win the match.

Sure enough. This is what I get for forgetting to change the wording of the scoring rules to say "sets" instead of "rounds." Well, we go with what's written. The result is acceptable, but are there any screenshots for the match? Otherwise, can a referee confirm the result that was posted?

The opposing team can confirm or ChatNoir(Referee)

Where are your screenshots, and how did you win with 8 just rounds? Sets are first to 3, and you have to win 3 sets to win the match.

I was the referee at this match. The result is confirmed provisorily (3-1, 2-3, 3-0, 0-3) and the screenshots will follow after ID verification based on logs has taken place.

The following 11 players were on the server with "B2MM_" tag:

Warning: The following players are warned for using a non-registered ID

Spectators not on the roster of either team:
Player bardicilious was caught joining briefly B2MM during a round to unlock the spectator camera. Therefore, the ID will be banned on all official tournament servers.

Back 2 Main Menu please contact an admin to clarify your roster issues before your next match! 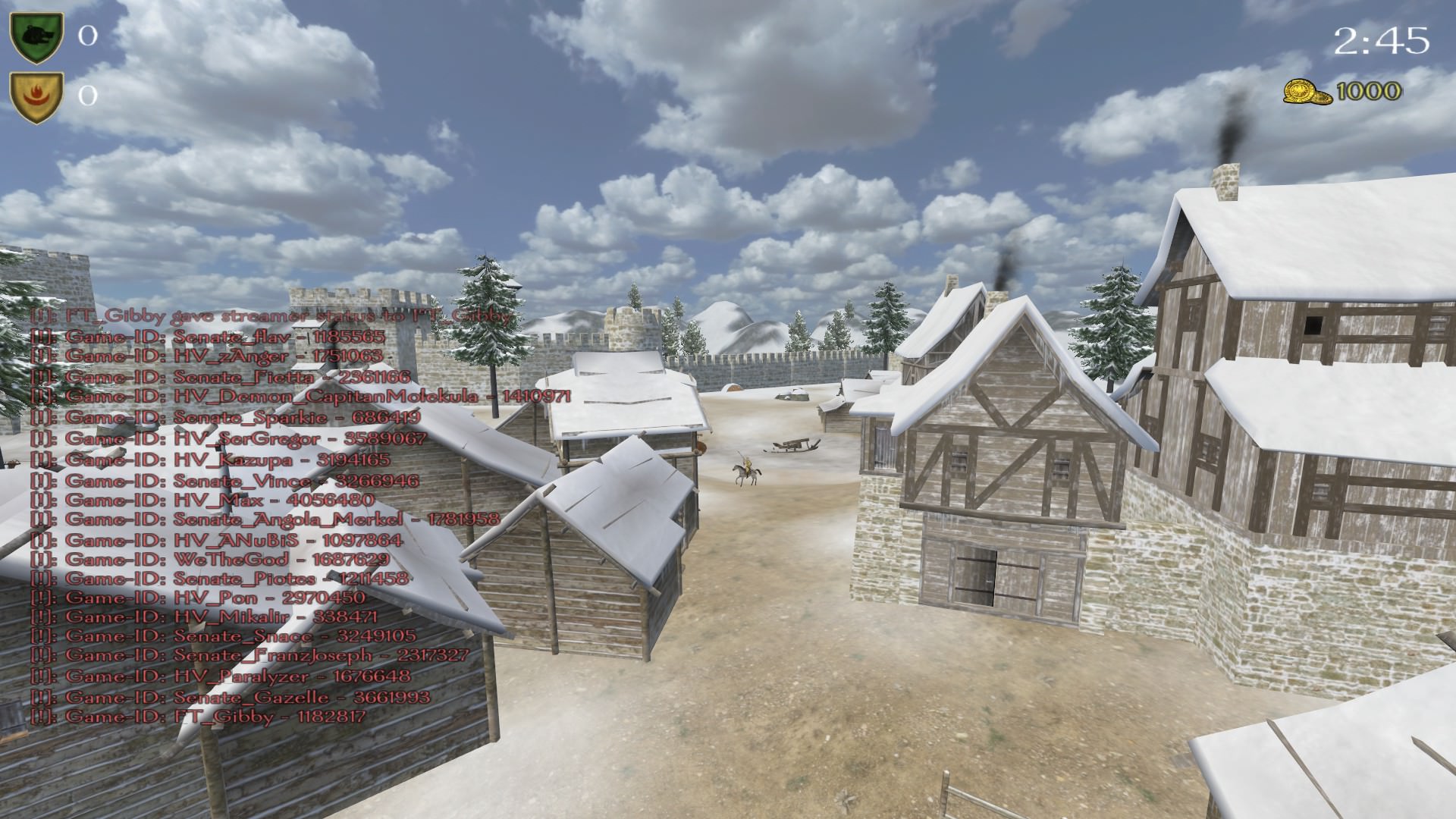 WeTheGod and zAnger are not on the HV roster but did not play and were given permission by Senate to spectate.

Back 2 Main Menu please contact an admin to clarify your roster issues before your next match!
Click to expand...

To clarify for Back 2 Main Menu:

The situation has been reviewed by the admin team and the above resolution from imemine is final. The reasoning we have for this conclusion is thus: Thomena's addition to the roster of Back 2 Main Menu was not made in the appropriate topic. As seen in the following post by Gibby, roster additions & substitutions made after sign-up were to be posted in the Team Rosters & Substitutions topic.

All accepted. As explained in the rules, the invitations will be done after the signups have ended and will involve the opinions of team captains, so for the moment all teams have been added to the 'Qualifier Participants' section of the Rosters thread. To add new players or to edit your roster please use that thread instead of this one.

Each player is allowed only one ID, so Peter will need to pick one of these IDs to use.
Click to expand...

Therefore, it is the conclusion of the administration that Thomena was not properly registered to play in the tournament for Back 2 Main Menu at the time of this match. We have determined that there was no intent to deceive or disrupt the tournament, therefore Thomena is not barred from playing in the tournament and may be added to your roster by using your one emergency substitution.

[Edit]
Changed all instances of "thread" to "topic" for consistent wording.


Regarding the player Imphatus joining with the team's tag without being on their roster, we will assume that this player was an approved spectator unless either team can confirm they were not. This is irregular, and know that going forward all approved spectators must be listed in your results posts (I will be editing the report forms to include this), and it is strongly recommended that you include them in your match announcement/booking post. Otherwise, these spectators risk being banned from all tournament servers. If they are members of a team in the tournament, then they are subject to the tournament rules regarding spectators. Again, this is for future incidents. There is no penalty in this specific case unless it is confirmed that any of the spectators were not approved, in which case they will be handled individually.
You must log in or register to reply here.
Share:
Facebook Twitter Reddit Pinterest Tumblr WhatsApp Email Link