Summary:
I invited Vashorki to join my kingdom. After lighting up his 4 buttons we talked brass tacks. He named a price of roughly 106k denars (using the auto-offer button in barter). I had 1.24 million, so this sounded very good, and I approved. I was shocked when I propositioned my next lord and found I had virtually no money left.

Reviewing the screen shot below, I can see that the money slider is almost all the way over. But the number is 106K. Clearly these signals conflict. I operated on the number, not the slider.

Fix barter so that large numbers are properly represented!

How to Reproduce:
Have you used cheats and if so which:
Scene Name (if related):
Media (Screenshots & Video): 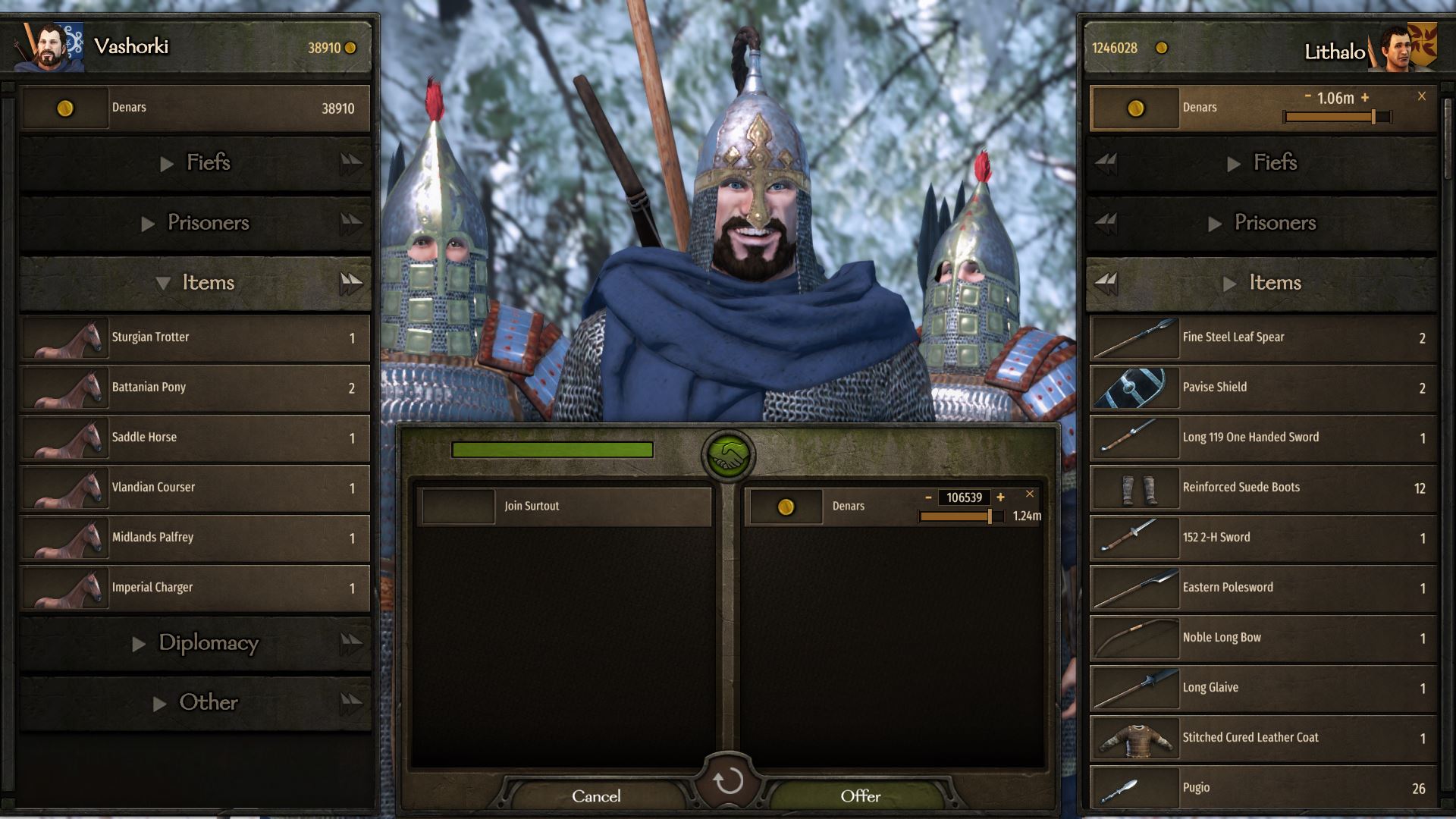 Hello, i have informed the devs about the issue. Thank you for reporting it in and for your time.

Hi, can you please hover your cursor over the offered amount (between "-" and "+") and try to see the full amount by sliding with arrow keys? Please let me know if you can.

As the asked information was not provided within 2 weeks, this thread is marked as solved. If the issue still continues, please update this thread.
You must log in or register to reply here.

Resolved after 09/04 update, black screen instead of main menu