Bannerman Unit (Give Your Vote)

I think everyone can agree that there need to be banners in Bannerlord. None of us know why the banner is not placed in the vanilla of the game. This issue has been the subject of discussion many times, but my goal is not to discuss it here. How can it be added? My opinion on this subject is as follows:


First of all, wipe out the mods from your head on this subject. They just add flags to existing units. I'm going to talk about vanilla here. In my opinion, a unit should be created for each culture and added to the game. This unit will be called Bannerman and will rarely be found in cities only. Or it can be a unit that we produce by establishing a building in our city and not found elsewhere. Like militia. For example, for the Khuzait military tree, there will be two types of bannerman, such as the Khuzait Bannerman and the rest of this tree, the Khuzait Mounted Bannerman, which divides into another branch, one on horseback and one on foot. This unit will carry a Banner in one hand and a sword in the other hand according to its culture. We will be able to place the bannerman in each formation in a limited number of times. I'm making up: We will be able to put a maximum of 5 bannermans for Formation 1, again 5 for Formation 2. In addition, we will be able to upgrade these units and obtain banners with better equipment. Of course, these units will not to be have bows and shields. And only the King ones will be able to upgrade to the last upgrade of this unit. The bannerman will carry much more flamboyant banners in this final upgrade state, for example, the edges of which are knitted with gold thread or something like our Ottoman banners (of course, the Roman Empire has such royal banners, but I said it to be a close example) and the magnificence of the royal army will look different from other armies. The main thing of the bannerman will be to give morale to the army as well as carrying the banner. Without the bannerman, units will lose morale quicker and run away, but if you have bannerman, they will be able to continue fighting until there are very few people left. When a bannerman dies, the morale of his formation will decrease reasonably. Although it is a situation that turns this bannerman advantage into a disadvantage, the player will see it as an advantage to add bannermans in their army, as the rate of morale gain will be higher and the longer he lives, the more it prevents the army from escaping. Especially in battles with large armies, the effect of morale is huge. Since the importance of the morale factor will increase for us as the army grows, we will increase the number of our bannerman accordingly as our army grows.

Such a feature would be a tremendous way to add banners to the Bannerlord game, I think. It is a more feasible solution, and everyone will be satisfied, and I think it will add more excitement while playing the game. I don't know what do you think about this subject? Don't forget to vote in the poll and include your opinion on this topic. Sorry for my bad England I'm kidding, i just edit google translate of my Turkish subject but there may be parts that are not understood.
Last edited: Feb 22, 2021

I like your idea.
In Viking Conquest, there are Bannermen troops that give a morale boost when they're in your party. They're not so good to fight, but they're still useful. TW should implement them in Bannerlord.

Why not just get a companion to carry the banner? A lot of them are terrible combat troops anyway.

I like the idea of bannermen but I would just keep it a generic troop type with a banner. Vlandian Steel has this. You just upgrade and one of the trees goes into a stub that is called a bannerman. Basically a Tier 4 troop with a 1 hand weapon and a banner in the other hand. I usually just recruited 4-5 for my army which was plenty of banners for the visual effect.

yeah they can easily add banner to all troops after tier 3 and reduce their morale lost rate for every upgrade. for example, if you have 10 tier 4 units in your formation, engine will create one of this tier 4 unit as bannerman for that formation and give him one handed sword & banner but armor and horses will remain the same. and top tier noble troops will get better banners that i mention before. and they will only be purchasable by the kings. I really want to see stuff that only doable by the kings in this game.

maybe the troops from the rare troop tree can wear the flag instead of holding it by incorporating it in the armor they have. this would let them fight just as well.

emo_edjiboye said:
maybe the troops from the rare troop tree can wear the flag instead of holding it by incorporating it in the armor they have. this would let them fight just as well.
Click to expand...

I don't really mind if 4-5 troops out of my entire army lose access to a shield or two hand weapon.

Another option though would be for the banner itself to be a polearm with a spear tip at the top. You could then have them equip a shield.

First, bannerman is a bad name... i think is better use Standard Bearer, and another things, various bases of flags and the difference between flags and coat of arms would be good too

can you grab my pole ?

nahhh lol i dont swing that way ..sry..plus i was not the one sugesting this 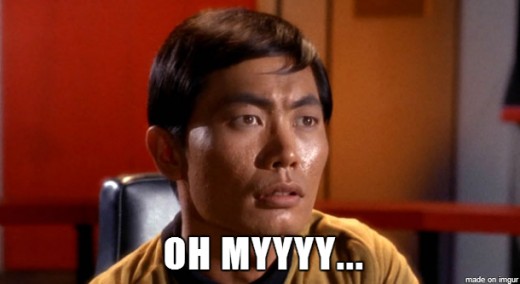 thefirst1nvad3r said:
I like your idea.
In Viking Conquest, there are Bannermen troops that give a morale boost when they're in your party. They're not so good to fight, but they're still useful. TW should implement them in Bannerlord.
Click to expand...

Troops don't need moral, they use to die before moral drops.

Gandamula said:
Troops don't need moral, they use to die before moral drops.
Click to expand...

That's why their morale goes down and they start to run away. if you boost their morale with this, so how it changes the result? Maybe they all die again if enemies too strong but at least they fight for their lives. They don't die like a coward. Sometimes i lost my battle because of this, they knocked me out and my half army ran away and accept the lose. They need to fight for Mother Calradia until the last drop of their blood, am i wrong?
You must log in or register to reply here.

Is the fief election actually a % chance? I though it was set when you vote but now I'm not sure.