love the game, but as my posts elsewhere will attest, the combat spawn system sucks. and i mean really sucks. and with so much of the game revolving around battle? that really cripples it.

got 900 hours into the game, and part way through a campaign, but cant bring myself to play anymore unless i feel like i have an impact on the field and arent getting blobbed by spawning in ai.

if you guys could address this sooner rather then later that would be awesome.

It's going to be 9 years after Bannerlords first announcement.

Over one year since EA release.

And it feels to me like a repainted nerfed down and cut off Warband - a MVP. A pretty, bad copy.
It's not only the notification log history that is lacking - it's so much..
Sure, combat is kinda fun (AI aside), but what do i fight for?
Where is the sandbox? To me, "sandbox" means handing out playground and the tools and then let the player decide when or where he wants to "get involved" or siege or dispose the economic competitors or die trying..(!)
Where is the innovation? That crafting?! (Charcter portraits are nice)
Why is it still so full of issues and still so empty of life?
Where do all these aimless looters come from?
Are goods actulay consumed or just diffused over the map?
What exactly is dynamic? Over and over the same quests from the same guys in the same location.. doesn't seem that dynamic to me?
What happend in those 9 years?
What have gone wrong?
What will happen?
Is there a roadmap?

I wish it was more immersive. I liked it when the Sea Raiders told me they wanted to drink from my skull and/or farmers told me it is almost harvesting season. The main quest and tutorial seem a bit lacking.

The long awaited Early-Access to Mount&Blade II: Bannerlord is finally upon us.
What are your first impressions?
What are your plans for clan and Calradia?
Found a new feature that got you excited?
Let us know!

Especially good things will be selected by moderation to be featured in the Opening Post in an upcoming feature reel.

So be creative and have fun!

A few ground rules:
Videos, gifs, pictures and comments are allowed.
You can be funny or thoughtful, as long as you're also respectful
And obviously: Forum rules apply.

Guys, its all over i have found the way to victory_Cursed hero selling services for 666 gold_____Apparently I'm famous. Had no idea how 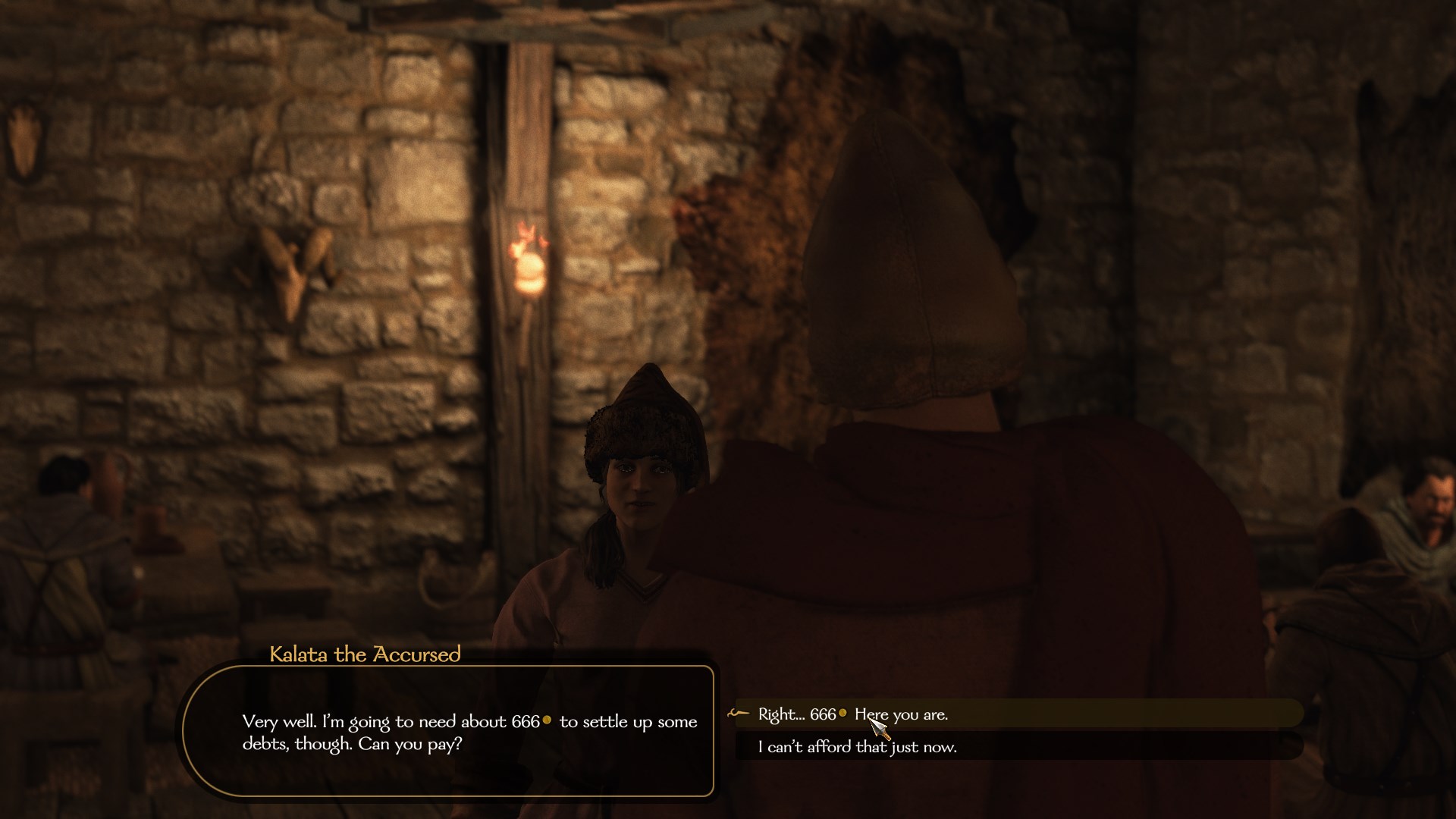 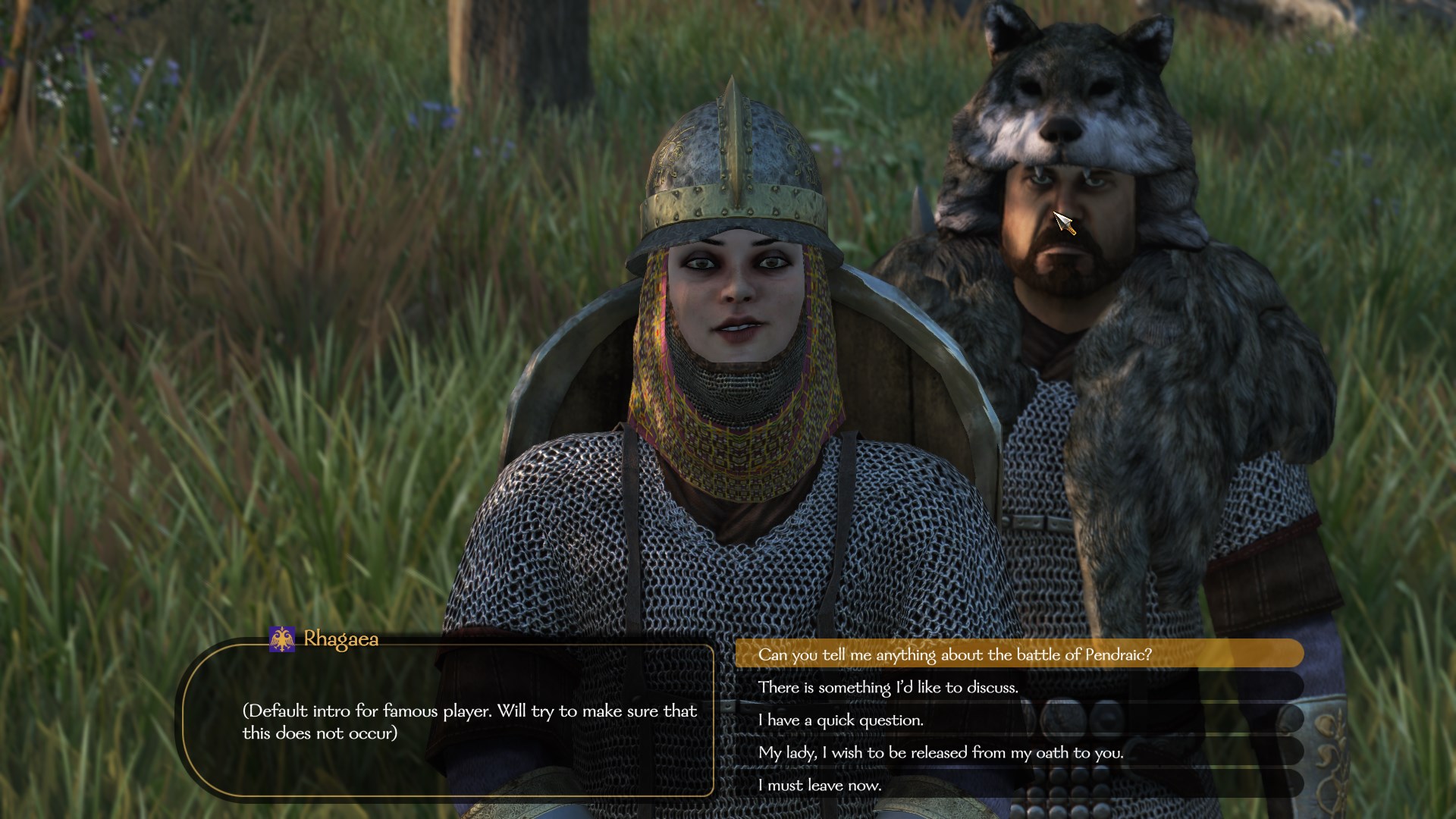 - Thanks to Piconi for the artwork -​
Click to expand...

Imo, i hope they push back launch.
The issues:
-Sieges are still pretty basic and.. ****. Ladders and towers dont work, mixed groups makes missile units somtimes protect the gate. Frustrating. AI clumps units and pushes 300 men onto walls. = easy kills unnecessarily for enemy. AND suicides from falling. SHOOTING THROUGH FLOORS. TW, pls. Fix it! I cant block a group or unit type from entering battle. Like.. Really? So i have to lose all my 2h palace guards to arrows? Cool. Thanks. Friendly fire from mangonels etc. 4-5 times now, they even destroy my own siege tower! Like, wtf. And kill dozens of my own men.
-custom equip units or color schemes or ANY customization! I want my own bodyguard in purple. And with special hats. Gimme! It does not have to affect stats! Just cosmetic. Gimme!!!
-villages and cities are not finished. I know they are working on this. But release is 2021 and there is so much with the basic mechanics and such that is wonky.
- world is still empty and lategame, looters/bandits overpopulate the map. Where is my patrol option?!!!
-quests are still samey. Even in 1.6.0 "gang leader need recruits" is just rehashed "slave labor" quest. The only quest i REALLY like is the "find spy" one. Great way to show off the cities. Why not look at mods from Warband? Things that would be easy to implement. Hunting. Bandit character that is allied with bandits. More things based in influence. Lords asking for help, directly. Like a summons. Because we are their friend. And on realistic, quests are very, very rare. Makes it hard to gain relation. And not fun hard. Just waiting-hard. Also random events, ambushes, waiting on campaign map.. The drunkard in the tavern! The world is empty. And the game is less than a year from full, 100% release?
- Companions and lords need different priorites in combat. I hate levelling "Osric" to lvl 30 and then some looters stagger his horse and kill him. Death is fine. It is genuinely a good upgrade from Warband. But having 200 in one armed or polearm, should be a really good fighter who can block, run away and keep distance. Companions especially, often fight worse than tier2 troops, no matter their skill. And 2h or polearm is useless because they run up and give the advantage to sword&board. Optionally, only make them able to die to enemy lords. This is a bad option, but an option i would prefer. If not, death is just not fun. Because skill becomes worthless.
- companion quests! Make them personalized. The quests could be generic, but initialized when you have known them for a time. And the option to have feuds to avenge their deaths.
-relation system is ****. It is a great skeleton for more options, however. In Warband, relation affected many things. Who joined you as marshall, who followed your orders or how big their relationship hit was when you defied their wishes somehow. Bring some of that back! At least make us able to give lords individual orders outside of armies!
- Combat is underwhelming. I dont feel a difference between 60 one handed or 200. A looter STILL hits faster than me. Wtf.
-Armor. MAKE ARMOR GREAT AGAIN. The best feeling in Warband was when your took ZERO dmg from low-level arrows, rocks and looter scythes. So far, even at 50+ armor, 20 looters can kill me in 3 seconds.
- missile aiming is wonky. The path of the arrow/bolt changes when you go from 3rd person to 1st and back again. In sieges, the arrow can fly above the reticle. Like.. What? Not working as intended. I can compensate, but like, why have a reticle of it is not where the arrow goes from? So that is my point of reference.

At this point, this is the amputated expansion of Warband. Nothing more. I really hope they push back release. Taleworlds, don`t release this game as a half-assed Warband copy! It has potential and there is greatness in there. You just gotta fix it!

I hope we get village upgrades back.

It's kinda sad that the purpose of the thread is "First Impressions" but it's turned into a thread where a lot of old-timers are trotting out their wish lists for the umpteenth time, in the hopes that maybe TW will actually read some of it and take it to heart.

It TW talked to us more, you wouldn't be seeing this...

TechnoSarge said:
It's kinda sad that the purpose of the thread is "First Impressions" but it's turned into a thread where a lot of old-timers are trotting out their wish lists for the umpteenth time, in the hopes that maybe TW will actually read some of it and take it to heart.

It TW talked to us more, you wouldn't be seeing this...
Click to expand...

Such a shame, but we have modders like Bloc who will find a way to put stuff in.
You must log in or register to reply here.

Konane is deliberately made impossible to beat?

1.7.2 Beta "It is no longer possible to grant a fief that has an ongoing ownership vote" Is that so? No, and that's a good thing IMO.