Hello, long time Mount&Blade fan and linux user here with some exciting news that custom battles in Bannerlord work on linux through steam proton! Most of the rest of the game seems to still be borked, in ways such as, can't use the mouse in the menus for example, crashes during saving settings sometimes, campaign will not run after the character creator and the launcher doesn't run, heck you can't even run the game on settings lower then high without the game crashing but it feels so damn good to be riding and fighting in this beautiful game
Hopefully with some work all the kinks will be worked out and the campaign will be my next conquest, until then I'm a plains marauder to the end.

Screen shots below taken from my PC running Solus Linux 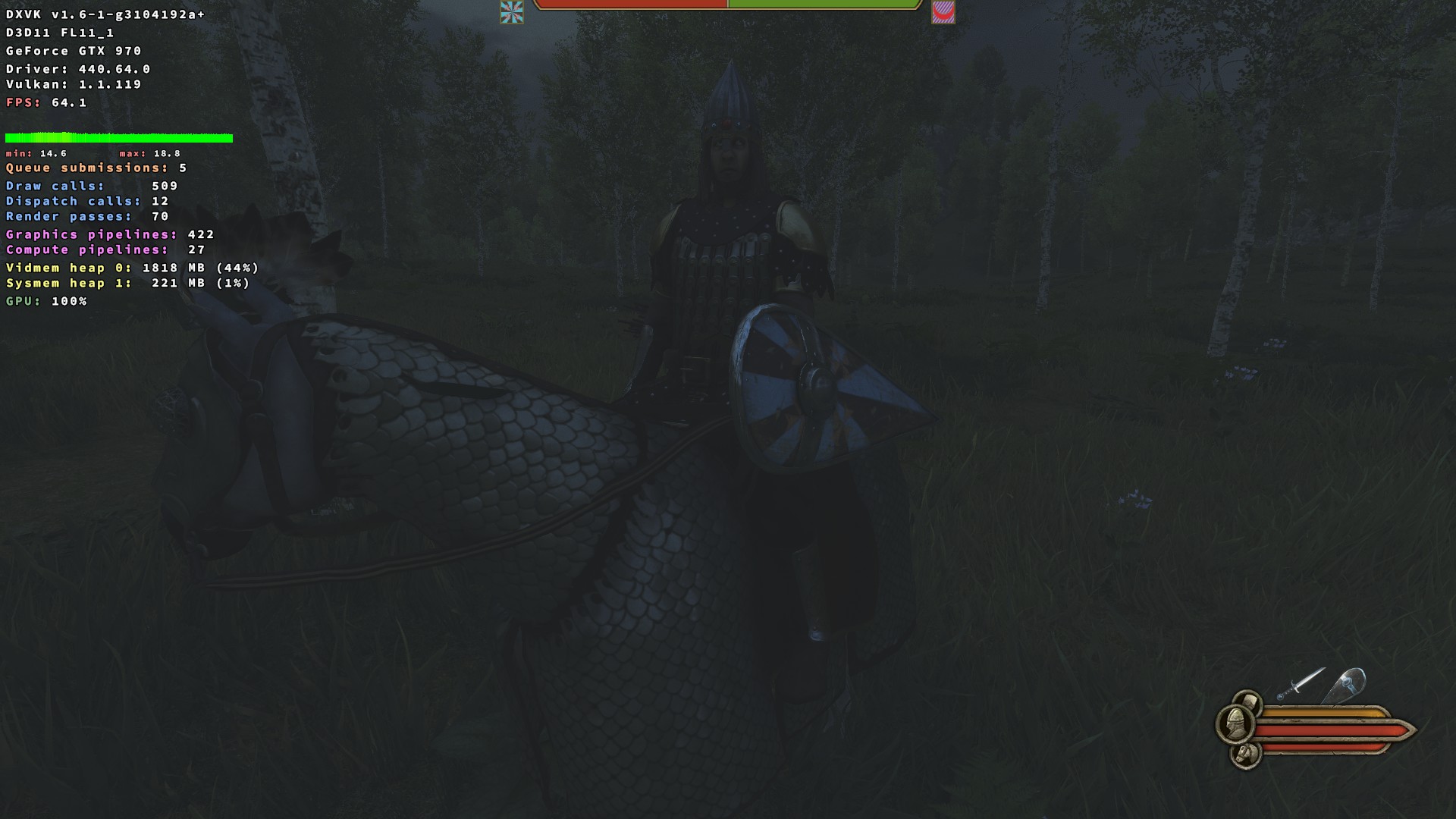 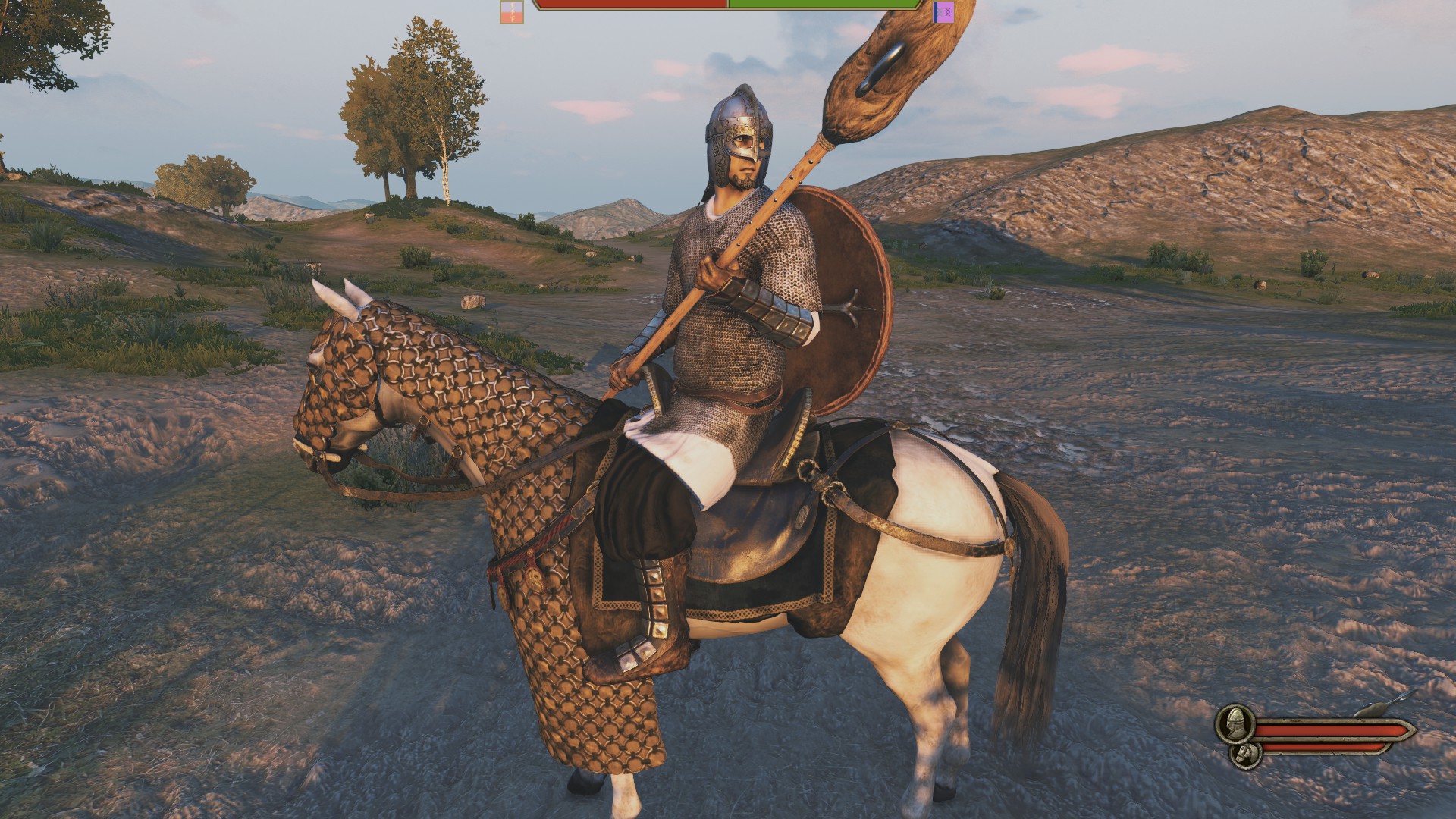 How did you get it to boot?

Thank you, this seems like something that should also be up on protonDB.

Cool, so now the next big question is how we can get into the campaign.

I can get the game to launch, but its just stuck waiting on brightness calibration. Can we have one sticky thread for linux issues so we can coordinate our efforts more easily, please?

You need to use a controller to make it through the menus, the mouse doesn't work for whatever reason.

Controller! lol. Ok - I might have an ancient joystick I can try.

Set this as a sticky so Linux users can share information.

In particular, I'm able to get into the campaign tutorial after forcibly installing some Microsoft DLLs. Crashed later due to a system config issue (max file descriptors set too low by default on Slackware), but once I wrap a couple things up and reboot I'll be able to retest with more Proton-friendly settings.

MP will never be possible in Linux right? Due to Battleye?

Only likely for multiplayer. Not really a reason to have it enabled on campaign, but worse things have happened. As I understand we are able to start up basic single player things right now, so there is lots of hope.

While I do play Warband on my Laptop, the only thing strong enough to run Bannerlord here would be my Mac, anybody know if these tips would work for me? Kinda don't want to spend 50 euros on a game that would just sit in my steam library and laugh at me.

Thank you, this is a good thread. I'm gonna try it as soon as corona virus will allow me to do it

Habsburg: unless I'm mistaken, dxvk won't work fully on Mac OS (at least for now), and as a result the answer is, sadly: probably not. Installing Linux on your mac machine may work though ?

Current state of the world:
There's still a multi-minute-long hang when saving, and it's still not clear what's causing that. Still, the game's at least somewhat playable on Linux+Proton, which is a lot better than I would've expected less than 48 hours into Harvesting Season™.

Just want to add my experience, after applying the patch from YellowApple in this GitHub thread, the game is now fully functioning, including mouse input and campaign! The first save will freeze up your game for a bit and possibly cause it to crash, but after that you should be able to load it and continue playing. Of course multiplayer is not functioning due to BattlEye, but I was pleasantly surprised by how quickly the talented people in the GitHub thread were able to fix the many issues! I encourage people to post here or on GitHub if they manage to get the game working, so we can find any additional issues and make sure the solution works.
You must log in or register to reply here.