Bjorn The Upset said:
I am saying this, and showing it is true and the answer you are giving is "I do not care". Well, have a nice life.
Click to expand...

BigDaddyManJoey said:
Yes because I just do not care about wanting mods to enjoy my game how is this difficult to understand
Click to expand...

The bigger point is that PC makes things that are impossible on console, possible. Ergo, it is the superior platform, and if consoles weren't holding things back, games could be better.

How much you enjoy yourself on your console is completely irrelevant. I am very happy that you are having fun on your console, and that you are satisfied with what it offers. That's great. But if games were made for only PCs, they could be made better, and mods are just a small showcase of that simple fact.

Askorti said:
The bigger point is that PC makes things that are impossible on console, possible. Ergo, it is the superior platform, and if consoles weren't holding things back, games could be better.

How much you enjoy yourself on your console is completely irrelevant. I am very happy that you are having fun on your console, and that you are satisfied with what it offers. That's great. But if games were made for only PCs, they could be made better, and mods are just a small showcase of that simple fact.
Click to expand...

BigDaddyManJoey said:
am a PlayStation gamer myself
Click to expand...

BigDaddyManJoey said:
i can finally play it after playing allot of warband.
Click to expand...

Which part did you get to play?

BigDaddyManJoey said:
i probably have a higher IQ than the most people here...
Click to expand...

BigDaddyManJoey said:
just cuz mommy and daddy gave you a bit more money to buy a gaming pc does not mean you are a higher person than console gamers kiddo.
Click to expand...

Idduno, I built my PC for about the price of a ps4, then a gain though, not everyone can match my pc building abilities. It's so fantastic that I literally can't explain any of how I built either of the PCs I've made to play games. I don't even know what parts are in them or what they do! There's duck tape and cords from a dvd player in this one and I've been able to play Bannerlord on this for 2 years now!

Bjorn The Upset said:
You can argue all you want. That is not changing the fact that pc is always more versatile than consoles, always have more customization, always offering more when it comes to modding.
Click to expand...

Hans 77 said:
Do people even use consoles anymore? I stopped playing consoles after ps2.
Click to expand...

I have to play elden ring on something

Ananda_The_Destroyer said:
Okay but the PC is always getting full of disgusting videos and having viruses from disgusting videos websites so there's no room for games at all. Your MOVE Bjorn ?
Click to expand...

That is a good move. I accept the defeat.

Bjorn The Upset said:
That is a good move. I accept the defeat.
Click to expand...

and my Elden Ring character is

It is just a joke though, I'm not really into

But this one time in runescape in 2002

and then in animal crossing 3ds

but you could do that back then before society became so

BigDaddyManJoey said:
Again I think that is bs because it is all up to the Devs and publishers they can make the pc version better then the consoles and some games are so it's not because of console
Click to expand...

The PC version of Cyberpunk 2077 was miles better than the console version, especially the previous gen one. How well did that go for CDPR as far as PR goes?
Trying to make the game work on consoles was a big part of the reason why we got what we got.

Why is it so difficult for you to admit that consoles are holding games back, and decide to blame everything else for this, when the primary issue stares you right in the face?

BigDaddyManJoey said:
this will never happen there will always be stupid kids buying these games regardless if it is on pc or console and there's loads of kids on pc too not just console i work in a gaming hall and the majority who play on pc are kids of like 10 years or less and more adults play on the consoles.
Click to expand...

BigDaddyManJoey said:
so this whole pc master race bull**** is nonsense because consoles nowadays are just as powerful as a mid range maybe even high range pc's.
honestly ppl who have these pc master race mindset and think all console players are little dumb children are themselves pretty retarded.
Click to expand...

Thanks for not reading what I wrote.

BigDaddyManJoey said:
the problem with the gaming industry nowadays is not because of young consumers it is the fact that these publishers and developers at least most of them all think we are all little children.
Click to expand...

Yes there are plenty of adults, like myself, who game. But there's a signification number of gamers who are children and teenagers. Idk why you're even trying to act like there aren't.

Ananda_The_Destroyer said:
As a gracious champion of psycho logical warfare I accept you surrender and will send you a playstation fiend request my handle is

Hey now, what's with all this

Don't you know the moderators here crack down on

So we'll be having no more

Thank you very much

I am pretty sure Dazubo looks better than ps4 port of bannerlord. I can't prove it though since it is not released.

Also bannerlord is a scam

Dazubo has better physics than what we have in bannerlord. and the game itself is like 600 kb.

Also, console peasants cant feel what is like to have 4800 fps.

for people that don't know what dazubo is 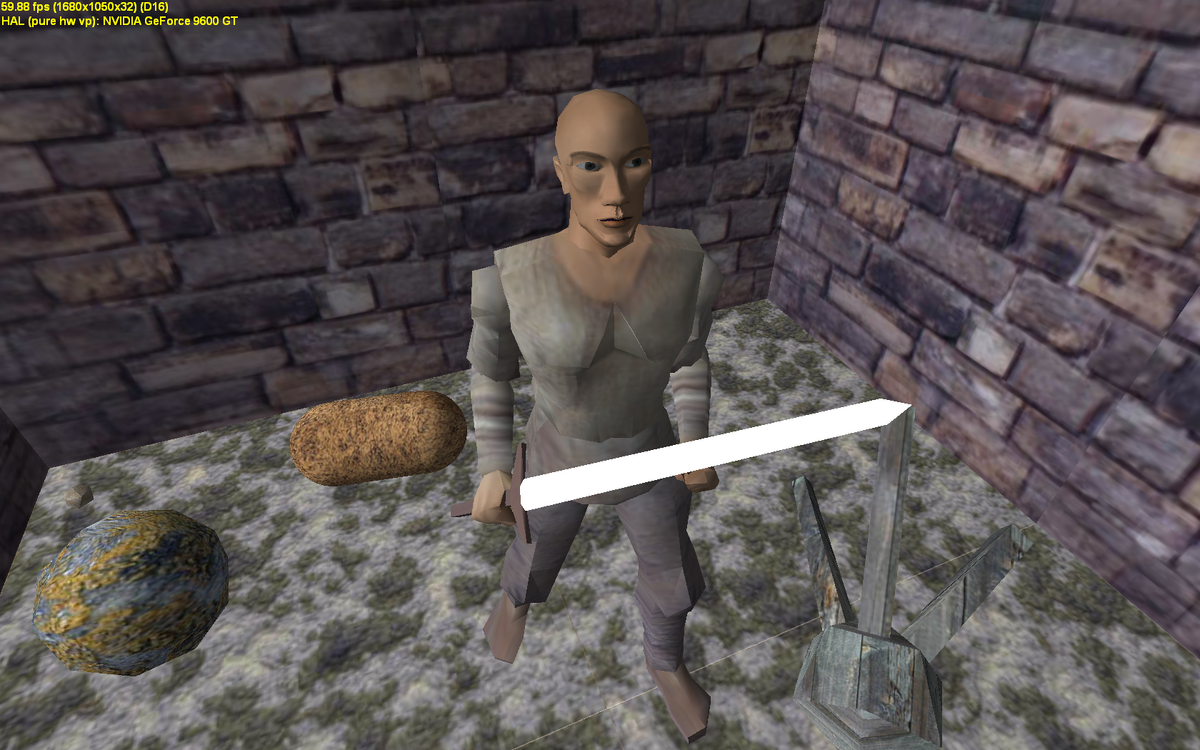 Dazubo was Yavuz Armağan's first documented project, as well as the predecessor to Warrider (pre-release name for Mount&Blade), dating back as far as 2001. Its name was later given to the engine that runs Mount&Blade games itself, and most of the features included in this project are available...

I wish the final release was sooner but it'll be nice to have a permanently stable game for mods at long last.

64 max players on PS5? The downgrades be hitting hard.

I'm just wondering if performance on PC will be worse than on consoles and tbf 120 player limit on PC is nothing to brag about when it was supposed to be much higher. I guess they already gave up when MP was in Beta and didn't even try to push the limit.

Orion said:
Thank you very much
Click to expand...

Do you know if this news is real or not? Would be nice to see someone with authority dispelling this bs or confirming so this will end

Fact is Devs are slaves to publishers nowadays because they push them to release unfinished games and this has nothing to do with consoles. The fact that cyberpunk released in a **** state is because it's been released to early there's only a hand full of dev teams and publishers who actually deliver quality for example the Devs of deep rock galactic are amazing just to name 1

Kripaz said:
I'm just wondering if performance on PC will be worse than on consoles
Click to expand...

I don´t believe so but it´s depending on your PC of course. I´ve a pretty decent one and I´m playing Bannerlord in 4k 60FPS (sometimes drops to ~45fps for a short moment in huge battles when armies clash) with all settings on max.

I don´t think that Ps5/Xbox Series X will be able to do the same.

Will probably the same as for many other games on those consoles, two options:

But overall the graphics will be slightly worse than on PC but still looking good of course. At least Bannerlord was developed on PC as the lead platform as far as I know.

I also don´t believe in mods on the consoles, as far as I know TW would be responsible for them (have to test them so they don´t "harm" the console and stuff like this), I don´t think TW would just do this for free. That´s why there are just a few consoles games that offers some mods.

Everything that needs scripting is also not possible as it seems on console, I´m not aware of console mod that uses scripting in any way.

But maybe there will be more DLC than on PC, TW could offer stuff like different skins as mini dlcs on console while PC players could just use a mod for stuff like this.

Overall, I see no way that the console version will be superior to the PC version in any way. Console versions can only be better than PC versions when they´re the lead platform and when they don´t offer any modding. And that´s very rare.

MostBlunted said:
I don´t believe so but it´s depending on your PC of course. I´ve a pretty decent one and I´m playing Bannerlord in 4k 60FPS (sometimes drops to ~45fps for a short moment in huge battles when armies clash) with all settings on max.

I don´t think that Ps5/Xbox Series X will be able to do the same.
Click to expand...

I'm referring to the stuttering problem that TW introduced with the latest patch and there's no hotfix in sight.

Also it's 2022, 60fps is console tier fps nowadays
You must log in or register to reply here.

Any tips for using a controller?