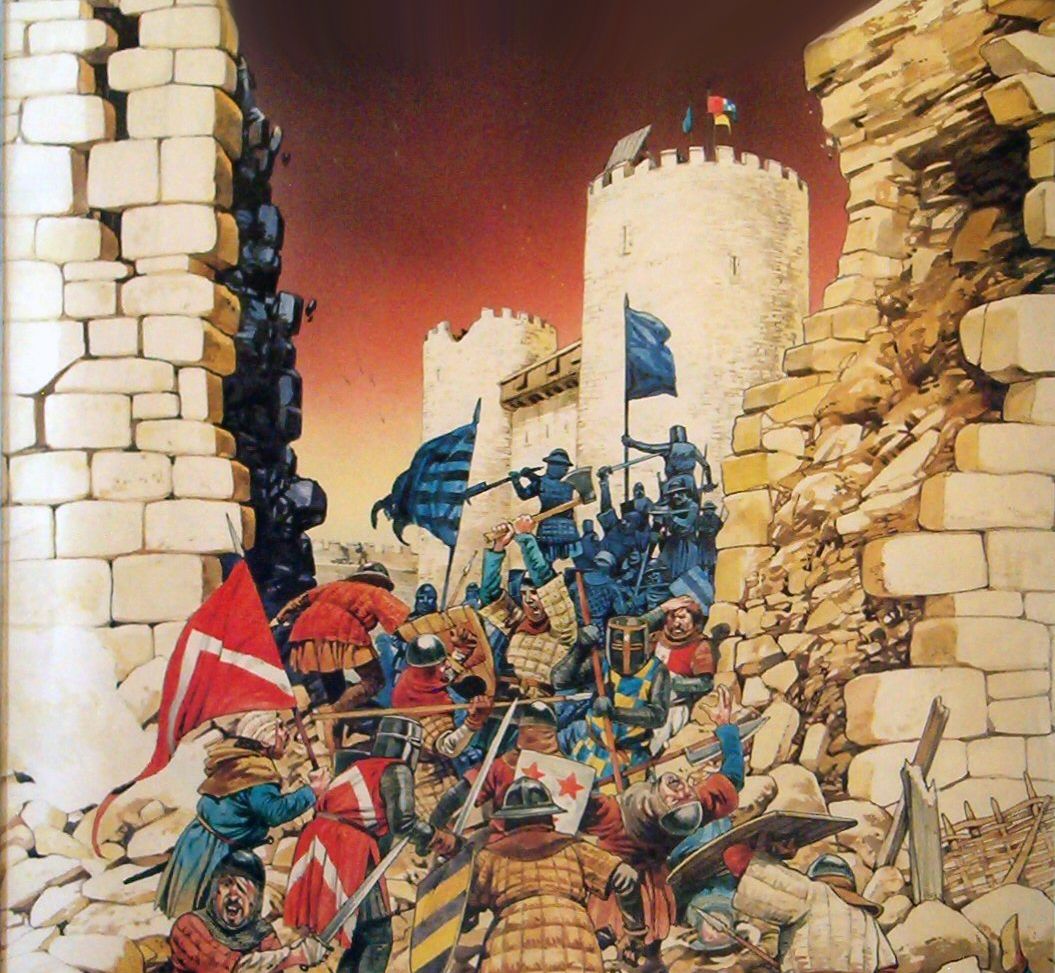 This is the post for the second Bannerlord Siege Tournament. The previous tournament concluded a few days ago and was won by the clan Syndacite with SkolderBrotva getting second place and Butterlords placing third. The next tournament will commence at the start of October but I encourage all teams to start assembling, practicing, and registering. Please note that you should have no less than 12 people on your team in order to register for the tournament (exceptions may be made depending on circumstances). If you want to register please join the discord https://discord.gg/rKXyAv3xUr

Here are the basic rules of the Siege

Basic Rules:
1. In the server and while in practice or a match respect your fellow players, the referee, and the game (You're free to rant against the game just not in this discord or during events, it just puts people off)
1a. Excessive disrespect may lead to a player being suspended without compensating a replacement. This player will also be banned from the bannerlord Siege discord until the end of the competition

2. To push a Ram at least 2 people must be actively pushing the ram

3. To push a siege tower at least 2 people must be actively pushing

4. For every ten players on the team there will not be more than one cavalry (in a sixty vs sixty would be maximum of 12 cav at any given time, 6 per side)

5. Before attempting to capture the G flag, the attacking team must first capture all but one of the other flags

6. Abusing glitches is not allowed

Some of the rules are aimed at ensuring the pubs playing siege flow smoothly through the event but this may change if we get a private server. Here are the Tournament rules:

Tournament Rules:
7. Players who are not in the discord and not affiliated with the discord may come onto the server
7a. They may be told/asked what to do in the team chat but are under no obligation to do as asked/told.
7b. If they hinder the team intentionally (ex. opening gates to the enemy as defenders, blocking a staircase as attackers) they may be kicked
7c. If one of the team leaders decides to kick a rando everyone should accept unless it is very questionable and is happening often from the same captain
7d. These players should also be treated with respect like the other players especially if they are new and unaware of what is happening or how the game works
7e. No one except team leaders and the Referee should start vote kicks, if anyone else starts a vote kick immediately deny it. If you see a troll hindering the team ask your team leader to start a vote kick. This is so we know that the vote kick is legit. The only exception is if you see someone start a vote kick for APE players, then you can just accept it. Any vote kick started by APE players must be immediately denied by all tournament players as they are known trolls.

8. Teams are responsible for holding their players to dates and are not entitled to reschedules if not all members of their team show up
8a. If all teams agree to postpone the match it can be postponed until up to 2 days. It cannot be postponed twice.
8b. Dates will be decided amonst the four team captains participating in the given siege and the referee; however these dates must realistically comply with the time parameters.

9. The Second Bannerlord tournament will start on the 1st of October 2021 and WILL end by the end of the month regardless of the state of the competition
9a. Failure to comply with given time parameters may result in the forfieture of a team

10. A referee may give a warning to a team if he beleives the team deserves to be held accountable for a slight breach of the rules which would not be appropriate to cause the teams forfieture. A second warning level offense will result in a loss of a point, a third will result in forfieture.
10a. Each team will play four other teams, ideally 2 defense 2 attack, for every game they win they will receive 1 point
10b. Whenever possible the referee will arrange for a skirmish team to be paired with a captain team to ensure a more interesting and enjoyable match for all.

11. For every game two teams will be paired to the attack and 2 to the defense.
11a. All teams are responsible for trying their best, deliberate sabotage of another team will result in the forfieture of the offending team. If a team complains of sabotage the referee will investigate and will either:
11a1. Give the "sabotaging team" a warning for a minor offense
11a2. Expel the Sabotaging team for blatant sabotage
11a3. Or give the accusing team a warning for false accusation

12. Each team should not have more than 20 players fielded in a match or any given round

13. All teams must be registered by the 1st of October and cannot add players to their roster after the 1st except if one of their players permanently drops out of the tournament then he can be replaced with another player

The rules are not perfected and may be amended at any point. Suggestions to the rules are allowed to be made on the discord.

No private server? So eh what happens when the server is full, or plebs don't follow the rules? Or you abuse it by having someone opening the gates.

Sounds like an awful idea and asking for problems on a public server.

We have done it before, it went pretty smoothly except for one group of trolls but they were quickly dealt with. We will of course take private servers if we can get them

Unfortunately not enough teams have signed up or even showed interest so I'll have to cancel this tournament.
You must log in or register to reply here.