Are you tired of kingdoms without any fiefs declaring you war and raiding fiefs and the fact that you cannot do anything about it? 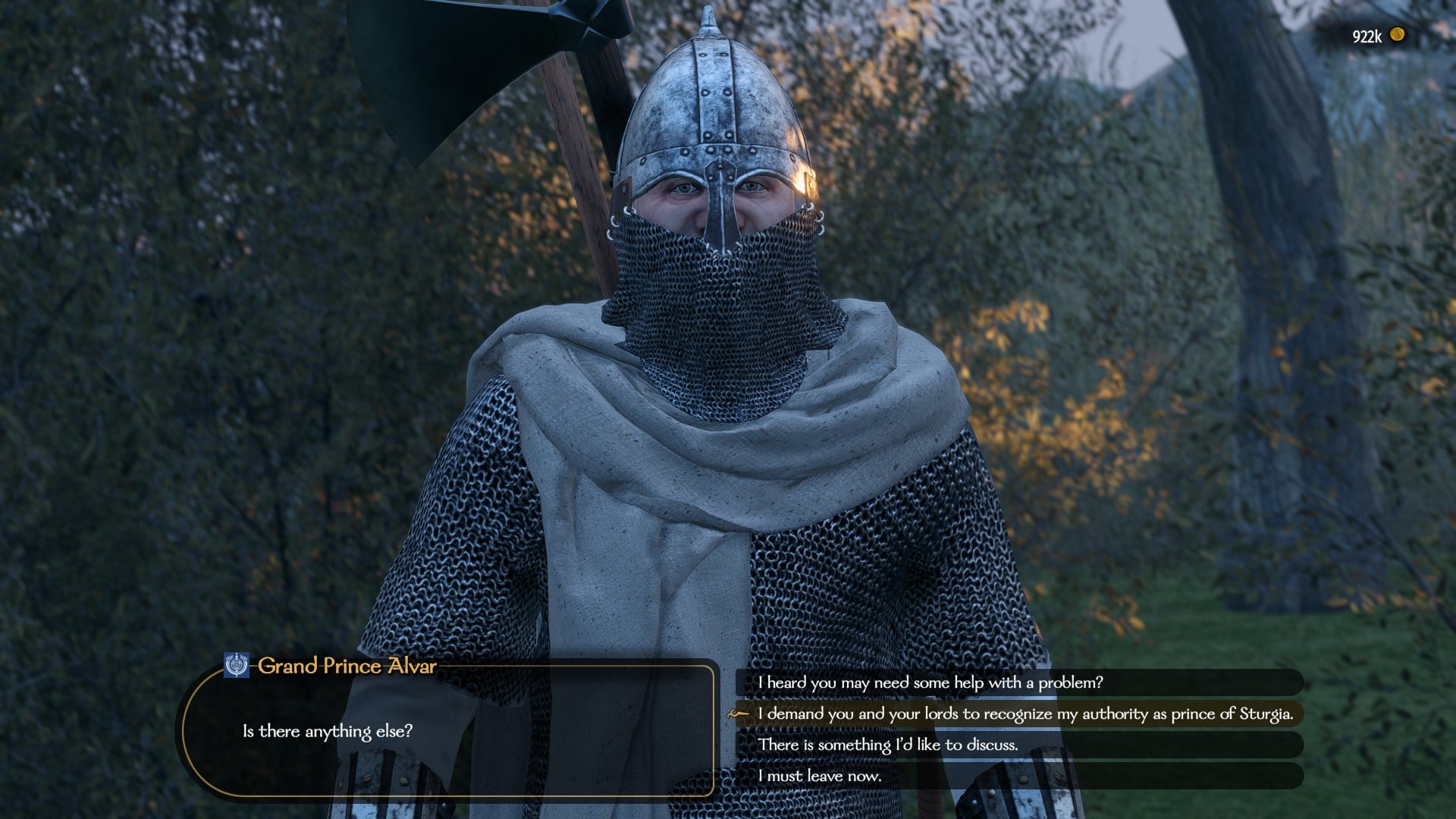 This mod allows you to annex kingdoms if:

They are way weaker than your kingdom (less than 25% of your total strength).
Download modification from Steam Workshop


As a ruler you will always see the option to demand annexation when speaking with other kingdom's leaders, but you will only be able to go through the whole process if you're meeting all the criteria.

You can find the source code on GitHub: https://github.com/SulejmanDXIV/Bannerlord.Annexation

In general annexation is being performed using existing in-game mechanisms which are triggered as a result of new dialogue options, so it's savegame compatible and should be compatible with most of the modifications unless that modification has issues with handling of destroyed kingdoms (but then those modifications would also have issues after destroying kingdom in standard vanilla way when all clans are destroyed).

Crown icon in preview image created by Smashicons - Flaticon - https://www.flaticon.com/free-icon/crown_2164827
Last edited: Nov 20, 2022
You must log in or register to reply here.