Hohami said:
1st off, I really like your mod and appreciate your work. I like going to battle with guns and seeing all the smoke and stuff is exciting.

++ I think the maps are too grassy/bushy with too many trees. When battles start its always cramped and the terrain is uneven and bad. Always hard for large amount for troops to get into position nicely because they all stuck in small spaces! If its possible make the battle map less foresty? or at least sometimes plains or sometimes forest at one half not whole map? very frustrating to enter battle and all around is trees and I don't know where to go. Also I realise the battle maps are very dark. Like its always evening sunset or early morning type maybe its the trees I don't know.
Click to expand...

That's the idea, giving you an idea of how hard it was to fight the natives, or how much of an advantage fighting in this terrain it gives the natives.
Click to expand...

THX Sparky!!!
Yes, THAT was the idea I wanted to give ppl.
THAT WAS how those "well trained Europeans troops" felt in those huge forests: TRAPPED and PANIKED!!
And that is why so many indians items/outfit have high skills, cuz I have no way to give to the player the FEAR feeling that a white man had in those wild places.
Indians were GREAT warriors, expecially in melee fights...forget some PRO-white hollywood movies!!
And they got destroyed in those old Frontier time, JUST because they were put one tribe against another from the white.
If they would have decided to make a Native Confederation (like in early 1800 Tecumseh tried to) and fight all whites, USA would be ANF today ( American Natives Federation)

Gab
PS ...decided to make this a topic on its own.
I made 1755, Old Frontier on my passion for the Old Frontier and free Indians that fought for their land...but seldom somebody sees that part. All the attention is for nice Uniforms and Europeans troops (never had a modeler making Outfits for Natives, besides Crumbs... )
Honor to those wild, tough, ferocious warriors....that believed too much at white men words! 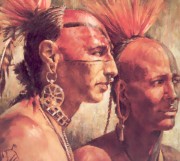 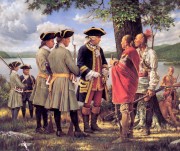 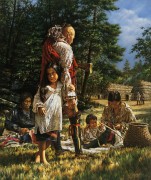 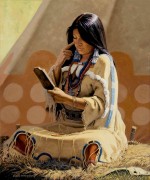 love those,
You must log in or register to reply here.