NARC Campaign is starting in Less Than Two Weeks!


With the Campaign starting soon and applications opening today, here is some information about the upcoming NARC Campaign.


1) Resource management and economic development are being introduced in this campaign. While the appearances of a map where armies move around might make it seem similar to the previous NRP campaigns, the armies in this campaign require a little more than just a few orders to move around and fight. The factions will have to pay their soldiers, feed them and make sure they get proper equipment. To accomplish this, a strong economy and resources will be necessary.


2) Technology and research will be a key mechanic in the campaign, where factions can allocate their resources to advance technologically in military and economic fields. The campaign will start in the era of sticks and stones, and over time, technological advancements will take the world all the way to the modern age.


3) Conquest and colonization will allow the factions to expand and acquire resources that they lack, like fertile fields for agriculture, ore deposits for mining, or for any other purpose. To conquer, the factions will wage war, fight battles and besiege cities. Colonization, on the other hand, will create encounters with native groups or just natural events that the faction will need to respond to.


4) Diplomacy and trade: The factions will be able to trade and entertain diplomatic deals with one another as they wish, creating a political landscape entirely up to the players. There will be very little restrictions on what can be done, so expect a lot of backroom schemes and backstabbing.


The exact rules and all the details about the Campaign will be announced once the applications are closed. Good luck to everyone!


Remember to join the NRP Discord to put in an application to join this Campaign as one of the Faction Leaders: nwrp.eu/discord 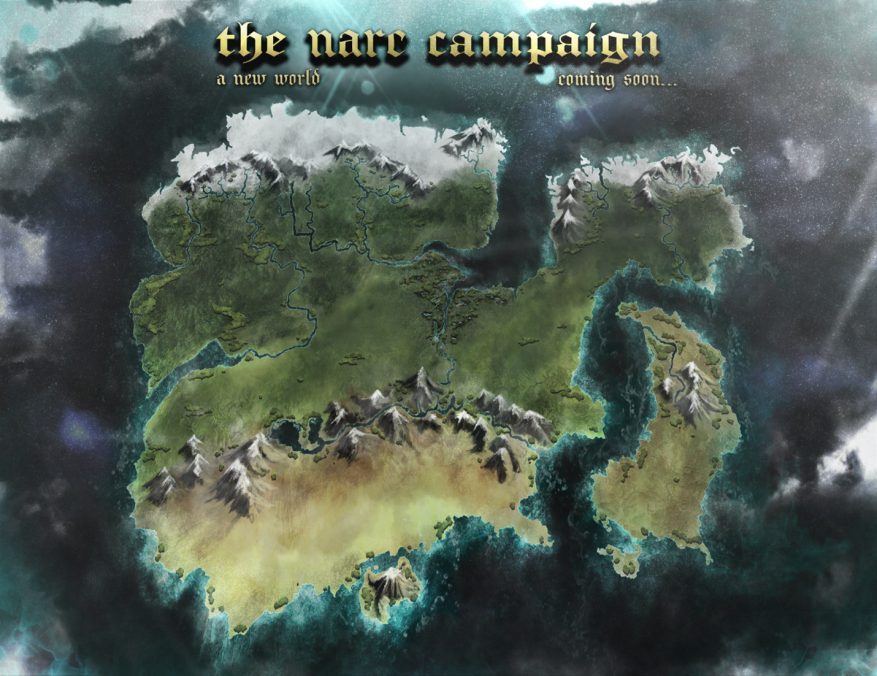 The Dawn of the Campaign has arrived! Moves begin at 6pm BST. The event starts at 8pm BST. Events will be on the NARC RP server.

As each turn ends, we will update the map and post moves in #narc-campaign-map-moves and on the website at https://nwrp.eu/campaign for all to see. Thus, everyone can follow what goes on in the map once each move has been done.
The moves end when we have a nice selection of rps to do for the event, or if we run out of time. Either way we have written scripts (interactive stories that prompt rps), to ensure guaranteed quality roleplays for the event.

Attached is a document of the rules. 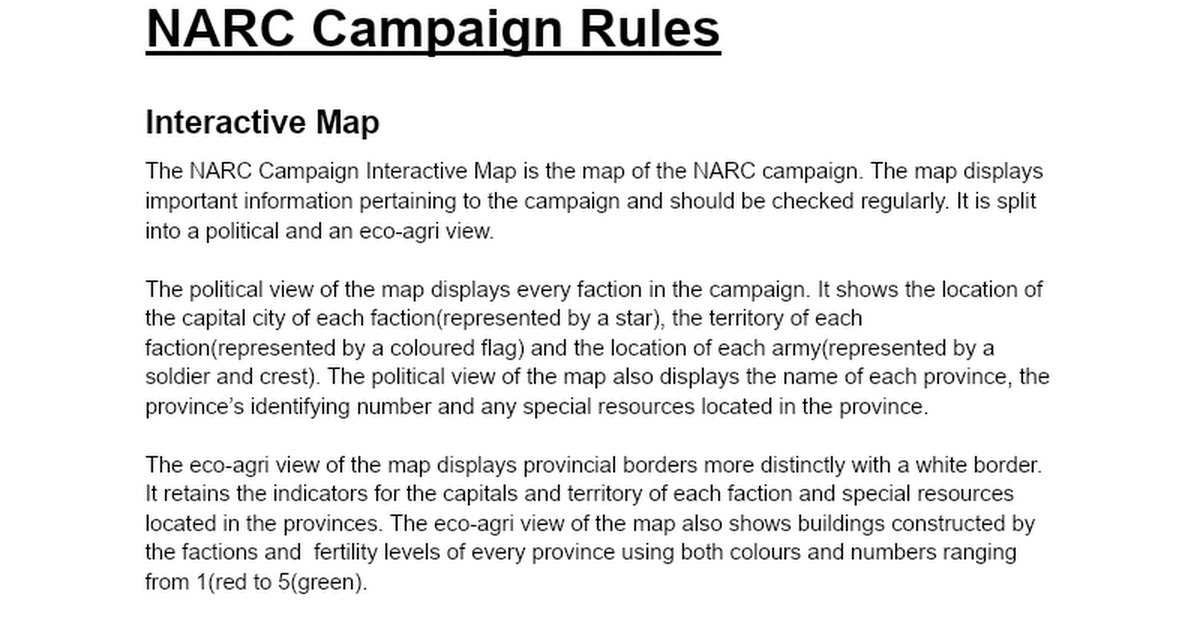 docs.google.com
You must log in or register to reply here.

[MYR] The Myrmidons are recruiting, anyone welcome, we offer training too