I decided to compile a list of all the cut content, future content, or legacy content I've found in the files. I say all three because we have no way to know what exactly of this is going to be in. Even if a feature is confirmed in, this code could be deleted and started from scratch. Others almost certainly seem cut, like certain factions TW decided would be too complicated to add.

I have categorized them into the type of content it pertains to as best as I could, and also tried to reference which files you can find these if you care to look. This list is not at all definitive, and is only from a surface look at the game's XML files, the deeper C# code and graphics files likely have a lot more that's not in here, and there's certainly going to be some things I've missed.

This was almost six hours of work and took me till 5 AM, so I hope you all like it! There's deff some stuff I missed, but I think this is a pretty interesting list and might shine some light on the future developments to come and what we may have lost.

Part 1:
Factions:
Items:
Quests:
Should be noted that these are under a comment that says "STEVE: I BELIEVE THE BELOW ARE FOR AN OLD QUEST MODEL" which means it's possible these are deprecated. The same notes also contain lines about currently implemented quests, however, leading me to believe not all of these are cut for good.
Gameplay:
Characters:
Dialogue:
Several of these dialogue pieces, such as the sexism comments, are able to appear in game fine if just uncommented out of the file. It is unclear why they are, because while some are Warband copies, the EA release contains Warband dialogue still so that was clearly not an issue.
Quality of Life:
Companions:
There's enough content here that I decided to split it off to a new list. There's so much (including full dialogue, stats, equipment, friends and enemies) that it's very possible that these will be the companions we see implemented in game later.

Voices:
There are no voice files I see, however there are strings referring to what voice strings *should be added. The opening of the document has the following blurb which should give you an idea of what the voices will be like:*

The voiced lines are divided into 12 voicegroups. This is down from 32, to make things manageable. There will, however, be 32 different actors There are four personas (curt, earnest, ironic, and softspoken) and three social registers (upper, lower, and tribal.)
Each voice group is divided into two, male and female, except tribal, which also has two subdivisions = eastern and northern
ACCENTS:
"Western_upper" - Used in the Empire and Vlandia, an upper class British accent, as one frequently finds in historical films
"Western_lower" - Used in the Empire and Vlandia, a working class British accent, as one frequently finds in historical films
"Northern" - Used in Sturgia and Battania, a Scandinavian accent, as close to old Norse as we can
"Eastern" - Used by the Aserai and the Khuzaits. For the sake of having a single model, let's base it on a Syrian/Iraqi Arabic accent, but I doubt many will notice if it varies from that a bit. n
We are using 32 voices to represent everyone in the game world - lords, peasants, robbers, stiff stoics, warm matriarchs, sinister plotters, gallant young knights. So, it's important that each voice can be used somewhat modularly.
The lines should not be written for individual characters, thus, but a range of characters. The same set of lines may include phrases that would probably be never used by the same character - ie, depending on the values of the NPCs, they may gloat over the imminent defeat of an enemy express sadness at the tragedy of war; depending on the context they may be boastful or UnderCommand.
There are four basic voice types, might be used for simpler more unified system.
Agreeable means the tone of the voice conveys a desire to avoid conflict
The words might however invite conflict - ie, a threat conveyed in a softspoken, matter-of-fact voice Not agreeable suggests that the tone, while not combatative, has no desire to avoid conflict
Earnest - extrovert, agreeable - These characters present themselves or herself enthusiastically. They are friendly, perhaps overfriendly. Enthusiastic, can be bombastic or boastful. An upperwest_male_earnest could be a gallant knight, or a Colonel Blimp type, depending on how he chooses his words. Some, males in particular, may choose only to be agreeable to social equals and superiors. In women from traditional cultures, this is usually someone acting maternal
Ironic - extrovert, not agreeable - Likes to talk, but can enjoy being provocative, abrasive, or offensive. Voice suggests that the character is always on the edge of cracking a quip.
Marc Anthony in "Rome"
Wellington in "Napoleon"
Softspoken - introvert, agreeable - Calm, friendly, does not use too many words. Can be friendly, shy, or sinister. In women, represents someone coming across as shy and maidenlike. In commoners, comes across as UnderCommand
curt - introvert, not agreeable - Gruff. Words may be nice, but the voice usually suggests disinterest in other people. Suggests the person is easily angered. Male aristocrats, having their own natural authority, can get away with being unexpressive. curt women and commoners often give the impression of being on the edge of an angry outburst.
Hind, wife of Sufyan
Stoic (?)
Main centurion in Rome
(Unreliable/Unctuous/Ingratiating - can be function of the other voices)
Accents might be restricted to British upper class, British working class, Mideastern, northern
4 accents * 4 personalities * 2 Male/Female = 32 voices
first_meeting (common variations - in tavern)
first_meeting_wary
first_meeting_attacking (common variations - attacking)
metbefore (common variations - impolite)
friends
dislike (common variations - dislike nasty, dislike threatening)
under_command (common variations - chivalrous)
flirting_with_male
flirting_with_female
Click to expand...

Valor:
You are known for your daring, your willingness to face a fight against tough odds, and your reluctance to back down from a challenge. Generally you are admired for this, also some think caution might be the better part of valor."
Valor:
Some call you 'cautious,' others 'timid' or 'cowardly.' You are known for backing out of fights. Some despise you for it, some think it makes you easy to intimidate, but some lords will trust you more with men and resources.
Mercy:
You are known for being kind and merciful, particularly to the poor and defeated foes. Most admire this, although some consider it to be weakness."
Mercy, neg:
You are known for being ruthless, for punishing your foes with an iron fist even if innocents are hurt as well. This has its upside, in that many fear to cross you, but they would also turn on you like wolves if you ever show weakness. "
Honor: You are known for sticking to your word and to the unspoken code of your occupation. Both friends and enemies appreciate this reliability, although some may find your inflexility to be infuriating.
Honor:
You routinely break promises and your unspoken code if it serves a greater purpose.
Generosity: You're loyal to your friends, your kin, and anyone who does you a favor
Calc neg: You act first with your heart, not your head. But in these days, many admire that.
Click to expand...

v insightful, thanks for posting this

The more I find out , the more I play, the more dissapointed I become.

Wow damn, I'm really frustrated that these things are not in the games, especially the most RPish ones like the different activities while waiting in town.

I noticed in the code(Campaign I think?) there is also a function for DeadByLabor for women giving birth. Anyone ever lost their wife like this?

Also there were lists for exSpouses but Callum confirmed there is no divorce in game. So I guess they can die by old age.

Very interesting, thank you for posting. I suspect a lot of these features and others will be added later.

Habut said:
I noticed in the code(Campaign I think?) there is also a function for DeadByLabor for women giving birth. Anyone ever lost their wife like this?

Also there were lists for exSpouses but Callum confirmed there is no divorce in game. So I guess they can die by old age.

Women can die in childbirth. Saw a screenshot.

I came across some of those as well -- I am especially intrigued by the cut political/faction/laws content, as well as the commentary the various characters (esp. Rhagaea) has on the ongoing war.

Some of the content is old -- the information in spclans.xml for instance refers to character backgrounds that have clearly changed from what they were planned to be. So it's unclear to me what the commented out stuff is supposed to represent.

Those unfinished features are absolutly gorgeous !!! I hope they will make it into the game.

They really should re-add slavery, sexism and racism. Makes the world believable and gives it depth that it currently doesn’t have.

Calling it "cut" content in an early access game that has been out for 3 days is clickbaity as hell.

Hrulj said:
They really should re-add slavery, sexism and racism. Makes the world believable and gives it depth that it currently doesn’t have.
Click to expand...

And religion. Unfortunately i think they were simply cut out to not get a +18 rating. But I'm still disappointed.

Thank you all for the kind words!

HerrStarr said:
And religion. Unfortunately i think they were simply cut out to not get a +18 rating. But I'm still disappointed.
Click to expand...

Highly doubtful. Sexism was in Warband sans the laws and likely could be readded without any rating addition. There is no ESRB hit for sexism and TW has zero reason to care. Slavery was probably cut along with the slave rebellion minor faction for being too complicated.

TrashMan said:
The more I find out , the more I play, the more dissapointed I become.
Click to expand... 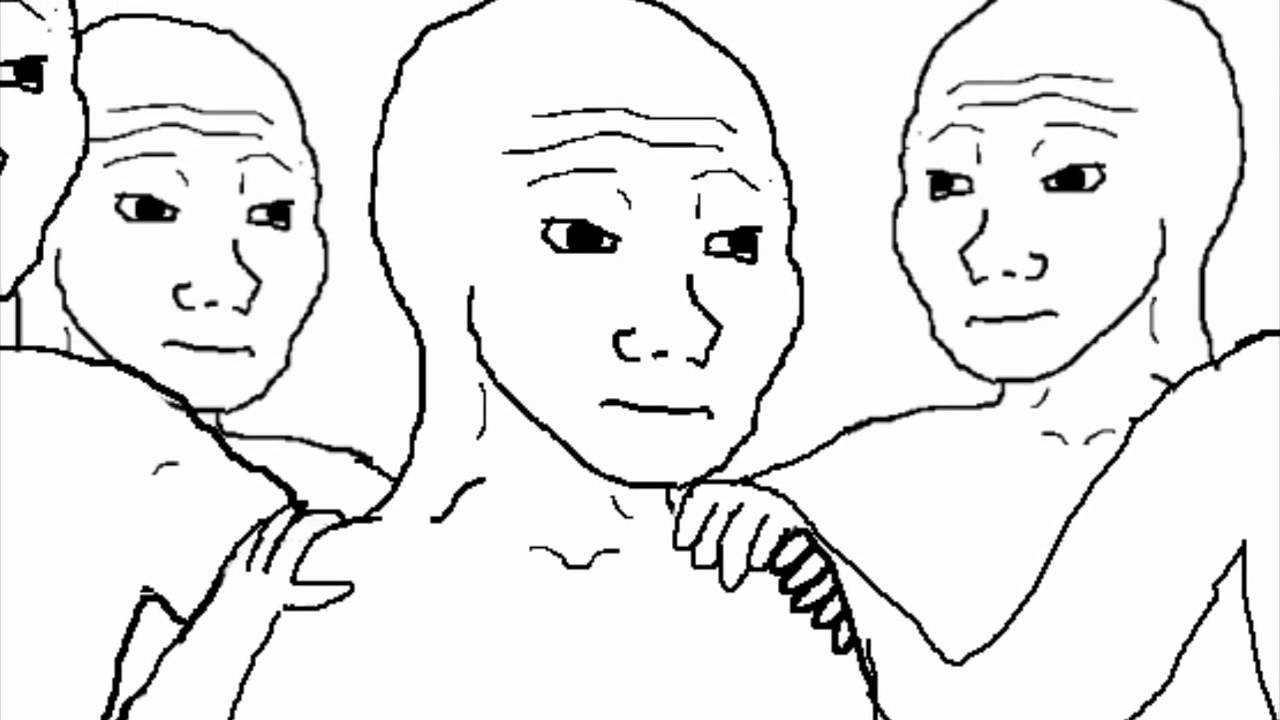 Very interesting, especially the info on the companions.

Stuff like that makes me think they made a bad choice in wanting Bannerlord to be a 'generational' game where your character is supposed to have an heir the necessitates generating lords and companions. Who wants to play in a world with randomly generated NPCs when the custom made ones are so much more interesting. And it will be pretty easy to notice that generic companions use the same set of backstories as well.