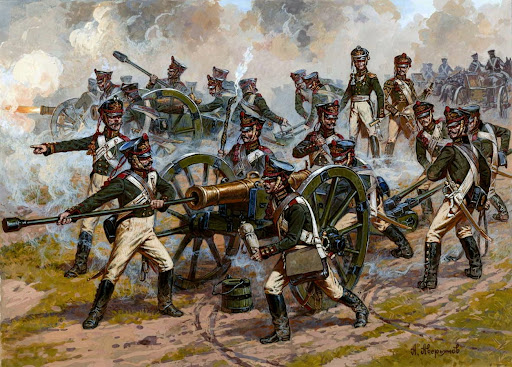 As some people may know, the 84e Regiment runs a good, and popular Siege server in Mount&Musket, with many admins and good support.  We want to carry this over into the new DLC Mount&Blade: Napoleonic Wars, with our old maps converted into NW.  As it was on our old server, we will exclusively run Custom maps on it, to keep our server unique.  Don’t worry; our main goal is to have good, balanced, and stable-running maps. Siege Players can join our Teamspeak 3 server, we prepared some Channels for that! "176.9.92.198 " ​
Siege Rules​
Gameplay Rules


1. An artillery Sergeant has the priority to own a cannon at the depot/spawn.

2. When an artillery owner gets killed and doesn't come back after 1 min the arty is available to the next artillery player who wants to claim it.

3. Do NOT open the gate as defender! (inner gates can only be opened when the area around them is secure)

4. Do NOT block ways with artillery carts.

5. Do NOT waste buildpoints as sapper.

6. Do NOT hit your own walls as defender with explosives/cannons.

5. Do NOT spam regiment advertisment! (maximum is 2 messages per map, NOT ROUND)


1. If someone breaks a rule Warn/Slay/Kick/Temp/Perm Ban, only Super Admin can jump over a slay/kick.

2. Do not use the Cheats or the Administration Panel only if you asked a Super Admin.

Charge to the Rhine  (custom map 17)  (Map made by Friedrich)

Siege of Toulon (custom map 19)  (Map made by Friedrich)

Charge the Walls! Have fun Community!

We Support Battlecry for Freedom

Help us to run the 84e servers and to motivate us to make more maps for it, thank you.

Good news; I know from personal playing experience that those are three good maps.

Great!
84e Siege was one of my favourite Servers on MM.

Sorry, had to correct my post about this being one of my favourite servers on MM.

Is there a way to officially request a spot?

LtSpearing said:
Is there a way to officially request a spot?
Click to expand...

i think he means to request for a map he would like to see on the server wich may be build by friedrich or me.

Sorry, in hindsight, I should of been a bit more descriptive. I was typing this while speaking with some other people, so I most likely just got distracted before I could figure out what I typed, sorry chums.

Can we request a map? If so, I have one.

Can we reserve official spots in the siege events? Such as a "Returning Regiment" spot or whatever?

Many thanks (I play MM since winter only due to your server). I'm looking forward for remakes. (Sorry Danzig, I don't like you. You're too big, have too many cannons and ways) Will remakes work/look in similar way like now?

Its looking very good! Good luck with it all Aldemar.

Tikov said:
Many thanks (I play MM since winter only due to your server). I'm looking forward for remakes. (Sorry Danzig, I don't like you. You're too big, have too many cannons and ways) Will remakes work/look in similar way like now?
Click to expand...

We try to keep so much as we can from the old maps style.

About Danzig, preferred always a smaller size of a siege map. Danzig will be balanced, i didnt had the chance to  rework some things with fahausi until its realesed:


and we will keep it, that players need to bring the arty from a depot to the front.

as i allready said in my other thread. the map isnt that big. also i said there that i allready deleted some cannons but the video material was older and the defenders loose cannons from the walls destroyed since they vanish if. the attackers cannons cant hit good into the city itself only the mortars a bit better. so if fight comes into the city their mass shouldnt do problems to gameplay. still there are maps where forts have more cannons than mine and also where artillery trains spawn with cannons so there are much more in the end.

the map is broad. thats true . but not big after all. but its good that ppl have to look where they must defend and have to go there or maybe near flag cauz attackers allready in the city. otherwise all defenders and attackers would fight at little place where all is just a big massacre instead of tactical defending.

in the end the attackers will come to the flag area if they in the city. and then its even if the map is a little broad.

i must admit i cant be fully sure of teams balance and so before we tested it with much players. thats why i also said in the other thread that i will still update it.

but u cant just say the map will not work because there are too much cannons or its to big before you played it. i am doing competition maps since doom1/Blitzkrieg. and before i do a map thats what i first of all care about. still it would be overstated to say a map is good balanced before i can see players playing it

even if the map would be really to big in the end i know how to rescale IT without doing all from the beginning. then i only had to delete and fix some things.

whatever its your choice to like or dislike big maps.

as allready said the both old maps from aldemar and friedrich will be coming up. so if there are not enough players for my map then we can still change to smaller ones

To summarize the evening on the siege server.

Looks fun! Any lag problems? There seem to have been a lot on other servers. By the way, I was going to join this server earlier but the ping was supposedly ~280. This was when ping on most other servers was 70-100, and the 84e servers are usually very fast for me.

I set now a map rotation with 2 maps, who runs "okay" , i think the lag spikes are gone aswell.
You must log in or register to reply here.