It wasn't the kneeling on the man that was objectionable but kneeling on his neck for nearly 10 minutes. Shut off blood flow to his brain and is likely the cause of George Floyd's death. It should be noted that the man calling Chauvin a "****ing ***** ass *****" was a professional MMA fighter who just happened to be in the area. No one in the small crowd of bystanders approached the police, they just begged for Chauvin to quit kneeling on Floyd's neck. He kept kneeling on his neck for at least 3 minutes after Floyd became unresponsive. It was hard to make out but Floyd's last words may have been, "I want my mommy."

wikipedia said:
On May 25, 2020, George Floyd, a 46-year-old black man, was killed in Minneapolis, Minnesota, while being arrested for allegedly using a counterfeit bill. During the arrest Derek Chauvin, a white police officer with the Minneapolis Police Department, knelt on Floyd's neck for approximately 9 minutes and 30 seconds after he was handcuffed and lying face down. Two police officers, J. Alexander Kueng and Thomas Lane, assisted Chauvin in restraining Floyd, while another officer, Tou Thao, prevented bystanders from interfering with the arrest and intervening as events unfolded.
Click to expand...

Adorno said:
Why did he kneel on his kneck for 10 mins.?
Click to expand...

There's is no official statement. Chauvin will most likely not testify, so we will never "know" why he didn't stop at this or that moment.

Adorno said:
Why did he kneel on his kneck for 10 mins.?
Click to expand...

Chauvin claimed to his superior officer that he was fearful because of Floyd's size, although he was handcuffed behind his back. Kinda makes the size factor shrink. Course Floyd was jabbering at him most of the time which probably pissed Chauvin off. Especially the part, "I can't breathe. I can't breathe." If you're talking, you're breathing. Does not excuse the length of time he stayed on his neck.

Yeah I knew what the trial was about, just didn't know the what the youtube clip was referencing. Thank you for a thorough explanation Ms Chicken-lady

kurczak said:
There's is no official statement. Chauvin will most likely not testify, so we will never "know" why he didn't stop at this or that moment.
Click to expand...

Well, kurczak is being the super-conservative lawyer so she doesn't want to say anything that could be considered implicative in the slightest. You can see her explanation on the previous page that is extremely lenient about the police. Anyone else would say that a psychopath, racist police officer, who knew that he would be protected by white privilege, decided to murder a black man just for the hell of it. Because he knew that literally nobody could stop him. Whether that act made his pee-pee hard or it was just all in his head, is immaterial. He did it because other cops had done similar things in the past and got away with them, so he had no reason to expect that he wouldn't.

What makes this case so ridiculous is the arguments of the defence, where they are floating things like that the cops were scared because of an off-duty EMT offering to help, or that after over five minutes of strangling the suspect (beyond all reasonable force) the crowd spectating was yelling at them not to murder Floyd. Which they of course ignored and claimed they were afraid of the crowd. The crowd that was standing away and doing nothing. Nothing in the Universe is more scared than an American police officer when they want to justify murdering innocent people.

The question isn't was it cool. It's was it manslaughter or even murder. To me, this mostly depends on two facts:

And of course, can those be proved beyond reasonable doubt, which will be especially important for the second point. Nobody, I think, thinks that the kneeling helped George Floyd or that it was ideal. But that again, is not the question. The question is: is it beyond reasonable doubt that it caused his death. The first autopsy seems to cast some doubt. It will be interesting to see if either side will call the pathologist for cross examination.

Of course, the jury can decide purely on emotions and unless they admit so, then nobody can do anything about it. My prediction how it will go based on what has been presented so far, is acquittal on murder, conviction on manslaughter.

The prediction of acquittal is honestly pretty easy to make based on the fact that the guy under trial is a policeman, and past history in this country. Had the roles been reversed Floyd would be in jail already.

I did say that Barnie is a good leader(not populist or not interest-ist). He keeps talking valuable for all.

I want to see him as president in US or Turkey. This kind of leaders should seen more as role model.

In my opinion, Bernie is one of those guys that are better in theory than practice. Like, I agree, seems like a decent fellow, but I have a feeling he'd be hapless if in actual power. Don't know how to word it better.

To achieve anything he'd require help from same people he'd be targeting. And I don't think that he'd be willing to back down and take things slowly just for sake of lubing up some of the gears to get the things going. Especially not after decades of seeing that said gears tend to make a business out of selling lube and keeping machine stuck.

We need Napoleon for people's revolution to succeed. You know, in couple of centuries. 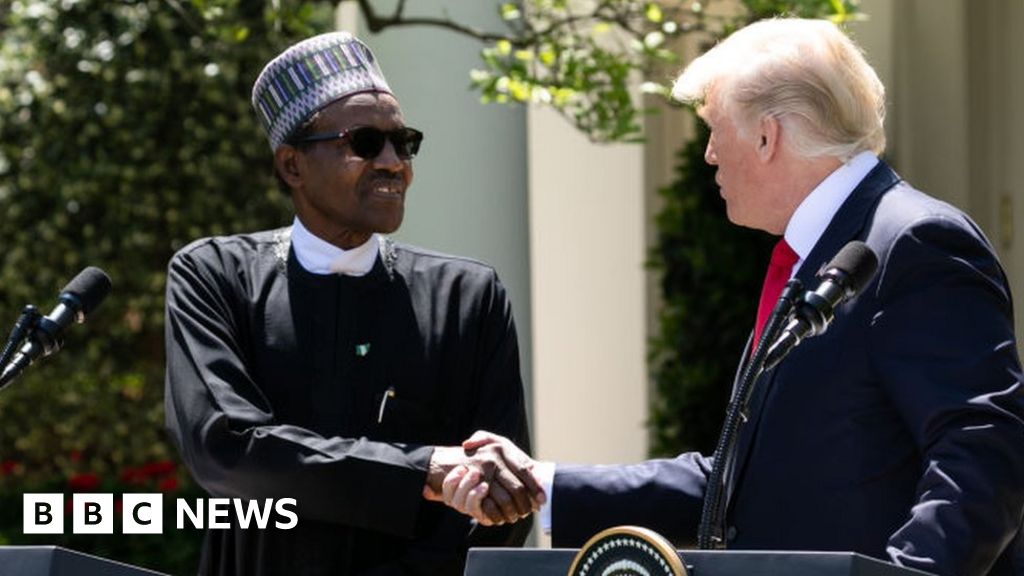 The former US president urges other countries to restrict use of social media platforms.
www.bbc.com

Their country their rules, if they don't like the terms of service they can just build their own Nigeria.

I will not cease from Mental Fight,
Nor shall my sword sleep in my hand:
Till we have built Jerusalem Nigeria,
In Englands green & pleasant Land.

Eric Adams, the current Brooklyn president, is leading in the Democrat nomination for NYC mayor (and is therefore basically guaranteed to win the general election later). Voting is ranked choice for the first time this year, so he may still lose due to math sorcery, but he's in a comfortable lead in first-choice votes.
Here's a man after my own heart. Congratulations New York, hope I'm not jinxing it.

Transplants? As in, organ donation?
(You can never have too many ways of killing rats in NYC)

Transplants as in non New Yorker Americans who move to New York. People who "hijack your jobs and apartments and make things that are important to you, not important anymore". It turns out these people "need to go back to Iowa and Ohio".

Weird. I'm not familiar with such a nativist view in local politics. Usually mayors boast if people want to move to their town.

Yeah, it's funny how the tables turn. He's not your usual mayor(al candidate), for sure. Or maybe he is. New York has a tendency to elect mayors who are a little out there one way or another. The current one is a notable exception.
You must log in or register to reply here.

Lockdown ? Really ? (How much locked down are we ?)

newpaladinx333 is the best bannerlord modder in my eyes

Jul 6, 2021
Philozoraptor
WB Coding Adding Master of the field to a multiplayer mod