rektasaurus said:
If your response was to my original remark on feudal peasants, made in passing about working conditions and society today, then why on this good green earth did you use a source showing life expectancy from the year 1850 in Denmark?
Click to expand...

Because you doubted the numbers from the Middle Ages, saying
"Life expectancy was absolutely not that bad. Unless you’re talking about the people who died building the pyramids or the Great Wall of China ..."
I therefore presented more recent numbers to show that not much happened between feudal times and modern (early 19th century) times.
But I see it might be confusing.

Adorno said:
Because you doubted the numbers from the Middle Ages, saying
"Life expectancy was absolutely not that bad. Unless you’re talking about the people who died building the pyramids or the Great Wall of China ..."
I therefore presented more recent numbers to show that not much happened between feudal times and modern (early 19th century) times.
But I see it might be confusing.
Click to expand...

I see. I used the wrong words by saying "life expectancy" wasn't that bad. My bad.

Leisure time, in the form that it is today, didn't exist before the time of Pornhub (or TV). An outdoors way of living that was the norm simply does not include hours and hours of doing nothing. They woke up, had a breakfast, got out of the house, and they didn't get back in unless they really had to. They lived an active life, and the idea of regularly lying around in the house doing nothing physical for a huge part of the day would have been ridiculous to them. Not all farm activity is tiring like braking the frozen ground of the taiga, especially if you've grown up with constantly doing things as a natural thing. Being physically active in your youth results in not minding to be physically active in your adult life. You don't really need to spend half a day in your ass-growing chair to live a happy life if you can enjoy achieving something with your two hands.

I can advise you to go to rural areas and find people who live like that, there should still be some of them existing. It can put your life in a new perspective.

I’ll add that I’d consider lying around socializing, dealing with finances, or studying religious texts or otherwise reading or consuming media leisure activities, although it wouldn’t be a physical activity like mending a fence or tending a garden. Also, I’m aware that they’re not necessarily ‘leisure’ activities like day drinking and playing badminton but to me that activity would still fall under the category of socializing.

Ruth Ginsberg is dead. Could the election campaign get any thicker?

Well they have ~ 45 days until the election. That's rushing it a lot. Kavanaugh took 3 months although 2 of them were effectively summer recess. No doubt Democrats will summon all their procedural and media power to delay and prolong the confirmation hearings as much as possible.

Republicans have two more months even if they lose presidency and/or Senate, but trying to push someone non-consensual as lame ducks would probably be the end of any kind of tradition and courtesy and bipartisanship for a very long time.

Why didn't she just resign under Obama? And why is this instituion so powerful in the first place?

Republicans controlled the Senate the last two years of Obama presidency anyway. She felt fit enough before and she probably also thought that Hillary was going to win with a good chance that Democrats would take back the Senate.

The American Supreme Court isn't really any more powerful than it's equivalents elsewhere. But the US constitution is more restrictive on the government than your typical euroconstitution, and the Congress is more unruly and independent of the executive than in the Westminster model, so policy change is slower and less likely. For those who seek change it's easier to have the court declare ex cathedra that something is (un)constitutional.

Not to say that there isn’t a danger in having an ideological extremist Supreme Court, but a life appointment and a rather narrow judicial scope typically means an appointed justice may tell any politician, the president included, to go **** themselves with no political repercussions. At that point the justices are no longer playing the “game” but instead involved with the more important work of immortalizing their opinions on and setting precedent for the interpretation of constitutional law. It may do people well to remember that although the Chief Justice is conservative, his political ideology has had mostly little bearing on his opinions and rulings.

All of that said, the court has made some blunders in the past even with a 4 vs 4 and a swing vote that could go either way, looking at you federal reserve, and it would be foolish to expect them not to blunder again in the future, regardless of the justices’ upbringing. Just because the best the current president can offer to the Republican Party at this point is nominating conservative Supreme Court judges does not mean that that is indeed the most important thing a president could do.

In many European countries that suffered under dictatorship the supreme courts were set up as bulwarks against a future autocracy.
As such they might be more powerful than the US supreme court.
But over the years it has had great influence on numerous areas. Not least when it comes to race, but also establishing/underlining some basic judicial principles that we see as evident today. 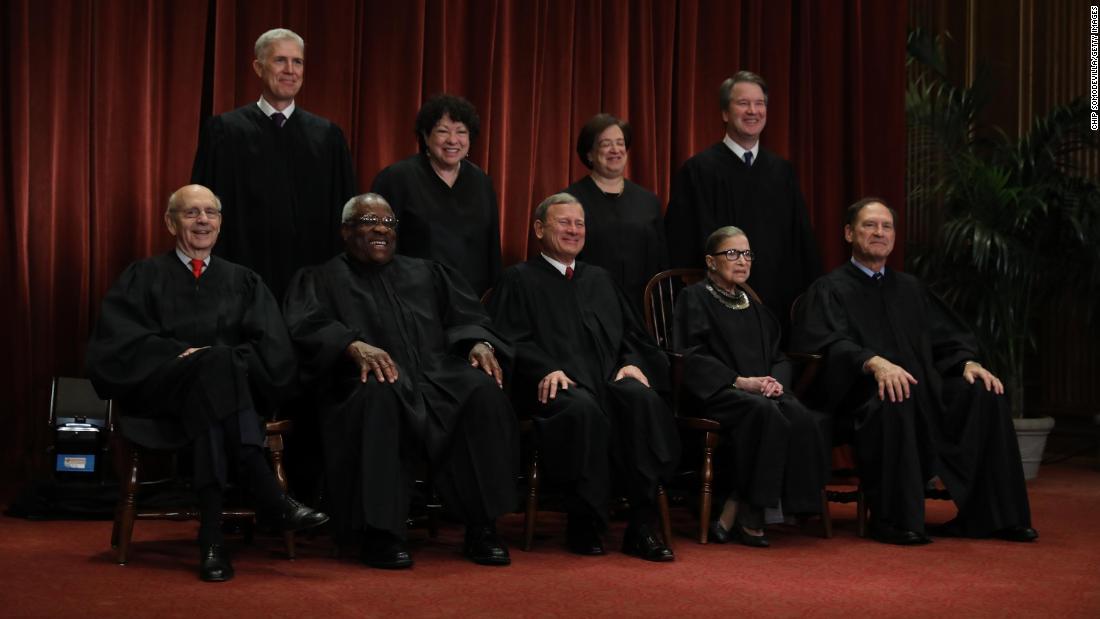 Read CNN's Top US Supreme Court Decisions Fast Facts for a look at cases decided by SCOTUS, including on same-sex marriage and the Affordable Care Act.

1963 - Gideon v. Wainwright
This decision guarantees the right to counsel.

1964 - New York Times v. Sullivan
This decision upheld the First Amendment rights of freedom of speech and freedom of the press.

1966 - Miranda v. Arizona
The decision established the rights of suspects against self-incrimination.

1973 - Roe v. Wade
This decision expanded privacy rights to include a woman's right to choose pregnancy or abortion.

2010 - Citizens United v. FEC - The Court rules corporations can contribute to PACs under the First Amendment's right to free speech, 5-4 for Citizens United.

Most of them, while materially good, are formally questionable or outright abhorrent, with the court just making **** up. The exception being Citizens United which is abhorrent both formally and materially.

I think the "making **** up" shows exactly how much power the court has. To interpret laws almost at random.
The 1966 case of "rights of suspects against self-incrimination" was decided 5-4. It could have gone either way, but is now so fundamental it's the first thing a person is told when arrested.

It also seems absurd that it requires a supreme court ruling to establish the "right to counsel" e.g.
Abortion is another absurdity. To my knowledge there are no recent amendments mentioning this. So 'ancient scriptures' - back when abortion was not a medical option - are interpreted by 9 people instead of the democratically elected politicians.

I’m not a legal expert but have spent quite some time studying Supreme Court cases in school.. a good example of how this convoluted system works would be the famous Brown v. Board of Education.

The “separate but equal” ruling found in the previous Plessy v. Ferguson case was used by States to write laws making legal segregated education facilities provided that the facilities were “equal”. Surprise, they weren’t. In the new case, this “separate but equal” ruling was found to be inherently “unequal” and in violation of the first clause of the 14th amendment:

No State shall make or enforce any law which shall abridge the privileges or immunities of citizens of the United States; nor shall any State deprive any person of life, liberty, or property, without due process of law; nor deny to any person within its jurisdiction the equal protection of the laws.

The court demanded that all States desegregate as quickly as possible. 10 years after the ruling some States still hadn’t enforced this decision and were given a second order by the court. I can make quite a compelling argument that there is still segregation to this day.

The will of the people goes through the legislators and the States write their own rules to best serve whoever had the power to elect their officials. The constitution itself outlines some excellent ideals by which the country should be organizing itself and treating its people, however it isn’t up to the courts to enforce these ideals but the States, the Federal government, and the people themselves, and that’s where the issue is. The US system works extremely slowly and eventually it gets around to doing the right thing. Sadly, this means that in the meantime many suffer needlessly while their neighbors are still learning how to be good people. The best thing to do is still to talk with and teach our neighbors how to be good and fair people. Most people have no clue what is actually written in the constitution. Much to the joy of certain legislators I’m sure.

Has Trump appointed himself "Fuhrer" yet?

He is way too dumb to be a proper dictator.

To be fair I think a truly smart dictator would find a way to not be a dictator as quickly as possible. I think those who find themselves in that situation realize or feel that they’re cooked if they try to retire.