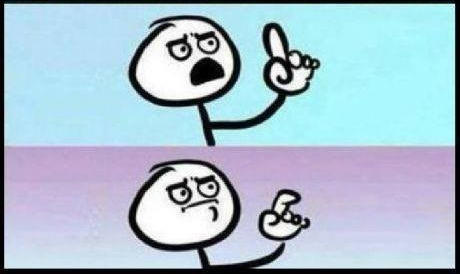 He also had some interesting things to say about Democrats:

“That is a form of racism and white supremacy and white control to say that all Black people need to be Democrat and to assume that me running is me splitting the vote. All of that information is being charged up on social media platforms by Democrats. And Democrats used to tell me, the same Democrats have threatened me. . . . The reason why this is the first day I registered to vote is because I was scared. I was told that if I voted on Trump my music career would be over. I was threatened into being in one party. I was threatened as a celebrity into being in one party. I was threatened as a Black man into the Democratic party. And that’s what the Democrats are doing, emotionally, to my people. Threatening them to the point where this white man can tell a Black man if you don’t vote for me, you’re not Black.”
Edit: after reading the whole thing...I just can't find a better way to describe him than "downie on cocaine trying to imitate Trump".

I hope he gets elected so that it clearly shows that it literally doesn't matter.

Edit: Also, a fruit so low hanging, I'm almost embarrassed to post it:

Assuming those excerpts are "whole", not just words and phrases cut out of a bigger answer and pasted together, man, that guy doesn't have the slightest bit of coherence. Like, he jumps from Thing A to Thing B without even connecting the two; then he goes back to A.

I hope he wins and introduces the Wakandan model, so I can challenge him to a duel, bash his dumb**** face in and become the next president.

Also, I like how he low-key hinted at a military dictatorship, using the army as a policing force.

That's a reach like I've seldom seen in the past.

Kanye is keeping it real. Just like the Founding Fathers intended

Thomas Jefferson said:
Peace, commerce, and honest friendship with all nations—entangling alliances with none.
Click to expand...

Geroge Washington said:
The great rule of conduct for us, in regard to foreign nations, is in extending our commercial relations, to have with them as little political connection as possible.
Click to expand... 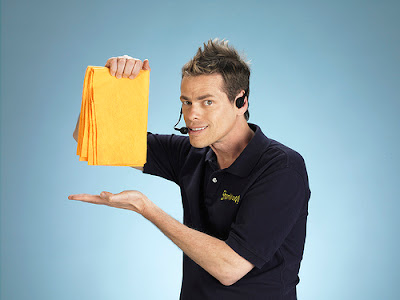 Hey its the Shamwow guy! My favorite besides Billy Mays

We are lower than the world
Click to expand... 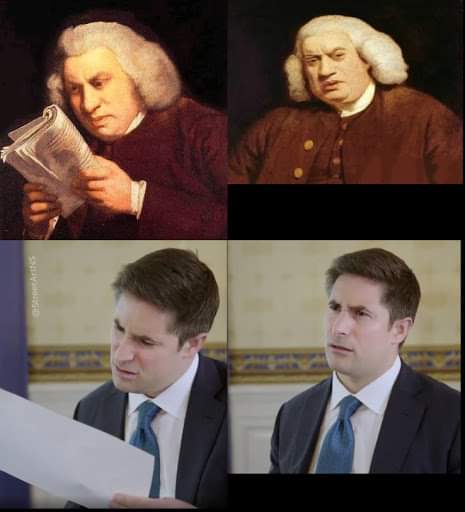 Lower than the world indeed!

I don’t think there is much of a difference between Trump and the way the rest of the “elites” think, behave, and speak, on both sides of the aisle, and everywhere in the world. In my opinion, he’s probably the absolute best representation of the folks who actually run our country, our states, our cities, and our companies. The only real difference I see between him and any other politician is that he’s just not very good at lying. He plays only to what he thinks his base is and no one else. I honestly think he didn’t want the job. He and his family are a walking meme factory but if reality tv and public school taught me anything it’s that everyone is weird af and can be made fun of or demonized especially with the spotlight constantly on. It takes a special type of sociopath to always present a polished face. It bugs me a little when people talk about how he can’t be trusted with the nuke codes because in my eyes, absolutely no one should be trusted with the nuke codes...

I used to be hopeful that some good would come of his presidency. Now I’m not so sure. Instead of focusing on systemic failures, we just make orange tinted memes and vent our outrage on a dude and his family who are way outside of their element. Of course a capitalistic businessman would think that one person at the top would be more efficient for decision making than a democratic apparatus. It takes a few more steps for them to realize that just because it’s more efficient doesn’t necessarily mean it’s better for governance. Maybe the biggest failing of the Republican Party is the idea that we need a businessperson in power. I strongly disagree with that, a person skilled at business is not necessarily skilled at governance, and the Democrats did a disservice to this country for not hammering that home. But as they say, it would’ve been the pot calling the kettle black...

Our founding fathers made it a point to ensure that no monarchy could exist in America. I think that any more power being consolidated in the executive, the senate, a particular party, lobby, or interest group would be a failing of the people rather than the influence of only one man. Ironically, I think the absence of a true ruling class and a culture of stewardship whose best interests are the health, happiness, and wellbeing of the common people rather than the size of their own pockets is partly to blame.

A capitalist system should hold the consumer in the highest regard. Sadly, we live in an age where the consumer is the product who is employed, sold, scapegoated, manipulated, and swindled.

It’s a ****ing travesty that medieval era feudal society peasants worked less hours and enjoyed more time off than we do.

In all fairness I would probably vote for Kanye if he weren’t married to Kim Kardashian or if I didn’t pencil in Santa Claus. I think the only way we’ll be pushing better quality candidates for the executive and legislature and increasing transparency and agency for local representation is through a massive social movement and campaign that spans at least a couple of generations.

At this point, boycotting all major news sources like traditional media as well as Facebook or imgur, or any other outlet who provides information in a particular slant for a fee paid by the consumer either in dollars or in data, is the first step. After that, it would be elevating the conversation in our homes, schools, work, and religious congregations beyond party lines, so that the kids growing up today will have the guts to stick to an actual, sensible platform, and will have enough people who are aware to vote for them.

I don’t think that will happen. In the best timeline, the dude saying the rent is too damn high would’ve won over Obama. But he lost. **** our lives. Oh ghost of Carl Sagan. Wat do in these dark times

rektasaurus said:
It’s a ****ing travesty that medieval era feudal society peasants worked less hours and enjoyed more time off than we do.
Click to expand...

Worked less than the average worker today? Has someone done the math?
I can say here in Denmark a peasant man worked about 12 hours per day and was not far from a slave (needed special approval to leave their farm of origin). Women worked practically all waking hours (house chores/unpaid work are typically ignored when historians look at labour).

Even the most conservative estimates are that peasants never worked (for someone else) for more than half the year. Modern workers spend their entire lives working in and for systems that don't benefit them. A lord expecting 8+ hours of work 300+ days a year (like most modern people are expected to do) would get his manor burned down. Peasants were primarily independent communities which lords tried to exploit and make dependent, while modern people have no choice but to be dependent.

Okay. I'm surprised. Will look at my books when I get home.

Beginning at sun up and ending at sun down leading up to and during harvesting season, or when levied to war, sure. But then during winter, spring, and even a large part of summer, the tasks or chores would be equivalent to ****ing around in a garden doing yard work or some home improvement. Yes, peasants farmed the land which they didn’t necessarily own and gave their local lords a cut of their crops in exchange for protection from [the same lord and] the other lords who might come through and pillage/slaughter/rape them, in addition to building their own homes, raising and feeding their own animals, making their own clothes, tools, and any other chores needed to run a household or village.

Don’t get me wrong, advancements in education, science, and tech is obviously impacting our quality of life in an extremely positive way. The laundry machine is ****ing incredible. So is the microwave and gas/electric stove. We have refrigerators and central cooling/heating and running hot and potable water. Vacuum cleaners **** on brooms. I use water and not toilet paper I’m so spoiled.

Even with a proper perspective, the way we organize ourselves as a society is bonkers and the modern worker spends far more time for their local lord than any peasant did back in the day. If your commute happens to be 1-2 hours one way, which is typical, congratulations, as a modern person you are operating at peak harvest crunch time. Until retirement age. If you’re lucky. On top of that, we have very much turned into a people who live in our own minds, and even there there is no peace from the personalized ads and news feeds fed directly to our devices based on what some overpaid dingus or babushka thought was a clever algorithm to better understand what it means to be human or some inception level cyberpunk dystopian marketing system trying to influence a vote or make a couple pennies. As if the modern ills of the world were the fault of Trump or Clinton or Progressives or Neocons or whoever the bogeyman of the day is.

I think people would be far happier living in small communities in huts wearing loincloths and throwing sticks around.

Yeah, people tend to confuse happiness with comfort and longevity. So much, that they are ready to work themselves to death while praising this brave new world for how much better it is than the old ones.

People say how family is very important, while the big families of the past, where three generations consisting of dozens of people living in close proximity is generally seen as backwards. First came the nuclear familiy, then that was torn down too, convincing you that you don't need anyone but yourself. Grandparents are seen as a joke now or a nuisance to be discarded, while they were a source of knowledge and wisdom before, taking care of and showing the world to the youngest generations. Instead, the youngest generations now are taken care of by machines filled with advertisements and cheap scam methods (cheap as in basic, because the kids will easily fall for them and it's an easy way to steal money from their parents through them. They are definitely not cheap for the parents).

Also, people think themselves intelligent because they can operate modern machines that was made for untrained monkeys. Yes, medieval peasants were not very knowledgeable about academic things and were highly superstitious, but if you see how now all the knowledge of the world is available to everyone who has an untrained-monkey-phone and how many of them actually pursue the goal of gaining real knowledge, well, you won't be happy.
You must log in or register to reply here.
Share:
Facebook Twitter Reddit Pinterest Tumblr WhatsApp Email Link