In Progress (1.8.0) Pledged allegiance to myself

Summary: The scene where you pledge to an existing faction has some nonsensical language and visuals when you are the leader of that faction.
How to Reproduce:
- Assemble the dragon banner
- Join an existing Empire faction (I did this with Northern Empire)
- Wait for the Emperor to die of old age
- Win the election and become the new Emperor
- Visit Istiana and complete the dragon banner quest.

The scene text will read, "On <date>, you have pledged allegiance to <your character name>, hoping that s/he will lead the fight to restore the Empire."
The visual will show your character next to a copy of your character.
Have you used cheats and if so which: No
Scene Name (if related):
Media (Screenshots & Video): 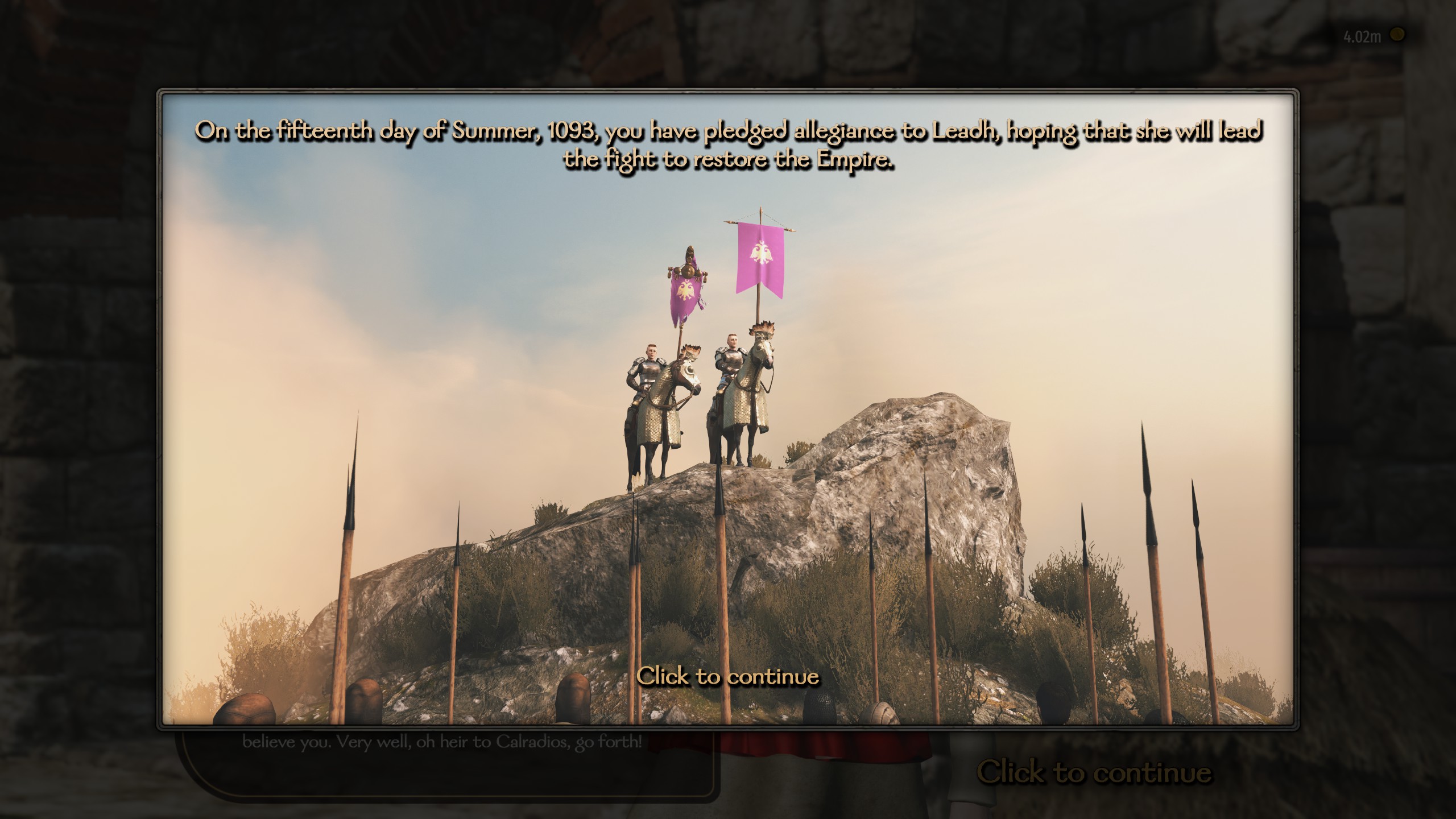 Resolved Game fails to launch after updating to 1.8.0.