Summary:
The door to the right most(from the attacker's point of view) tower in Hubyar, next to where the right siege tower goes, is closed and indestructible, but defenders spawn behind it. The defenders inside this tower can't get killed, which makes it difficult for the attackers to win the battle.
Scene Name (if related): Hubyar siege with level three walls, I think?
Media (Screenshots & Video):
The door. You can see two of the defenders stuck in it.
This was taken during my second attack on the city. My first attempt ended with my army stuck in front of this door, trying and failing to kill the ~60 defenders inside it. Then my game started to freeze, so I retreated and tried again. This time, there were still a dozen or so defenders inside this tower that my troops couldn't kill, but their morale broke after all the defenders outside died. If that didn't happen, I guess I would have to retreat again and just autoresolve the battle lol. 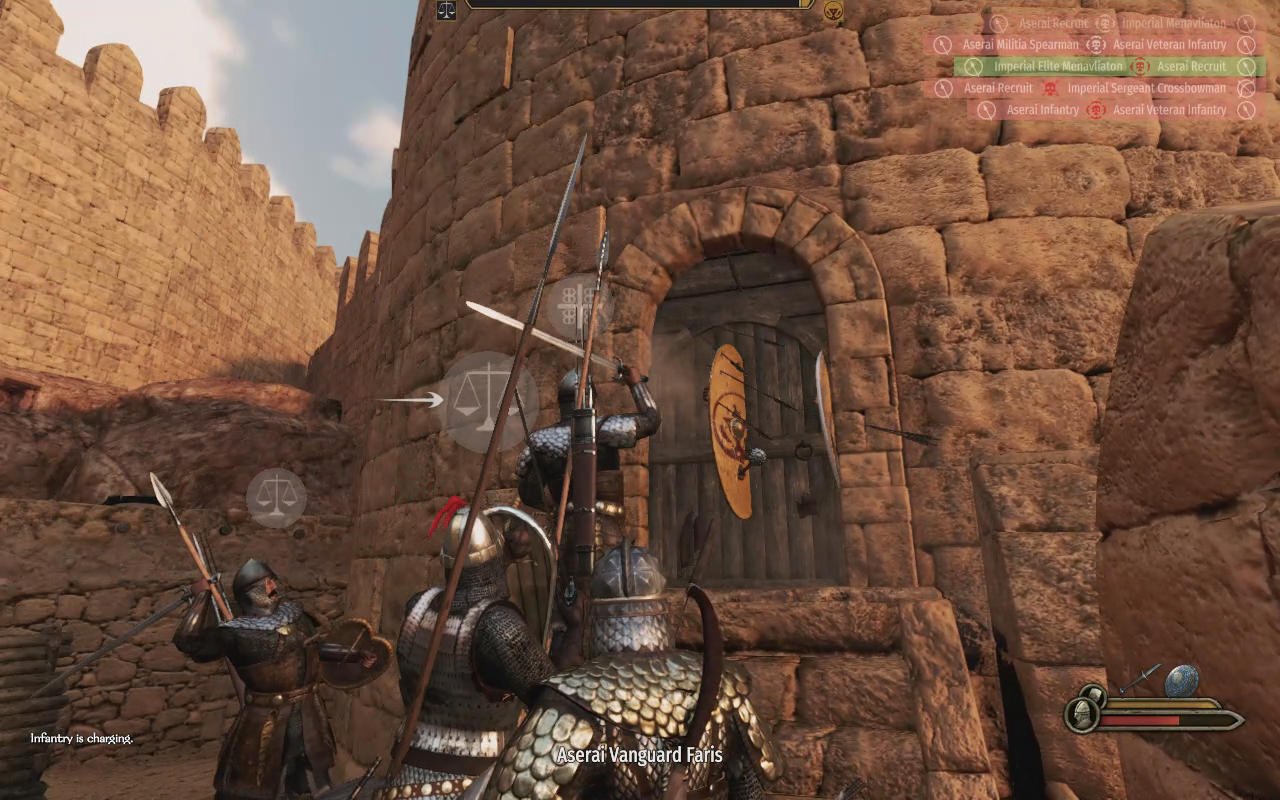 The tower from another angle. 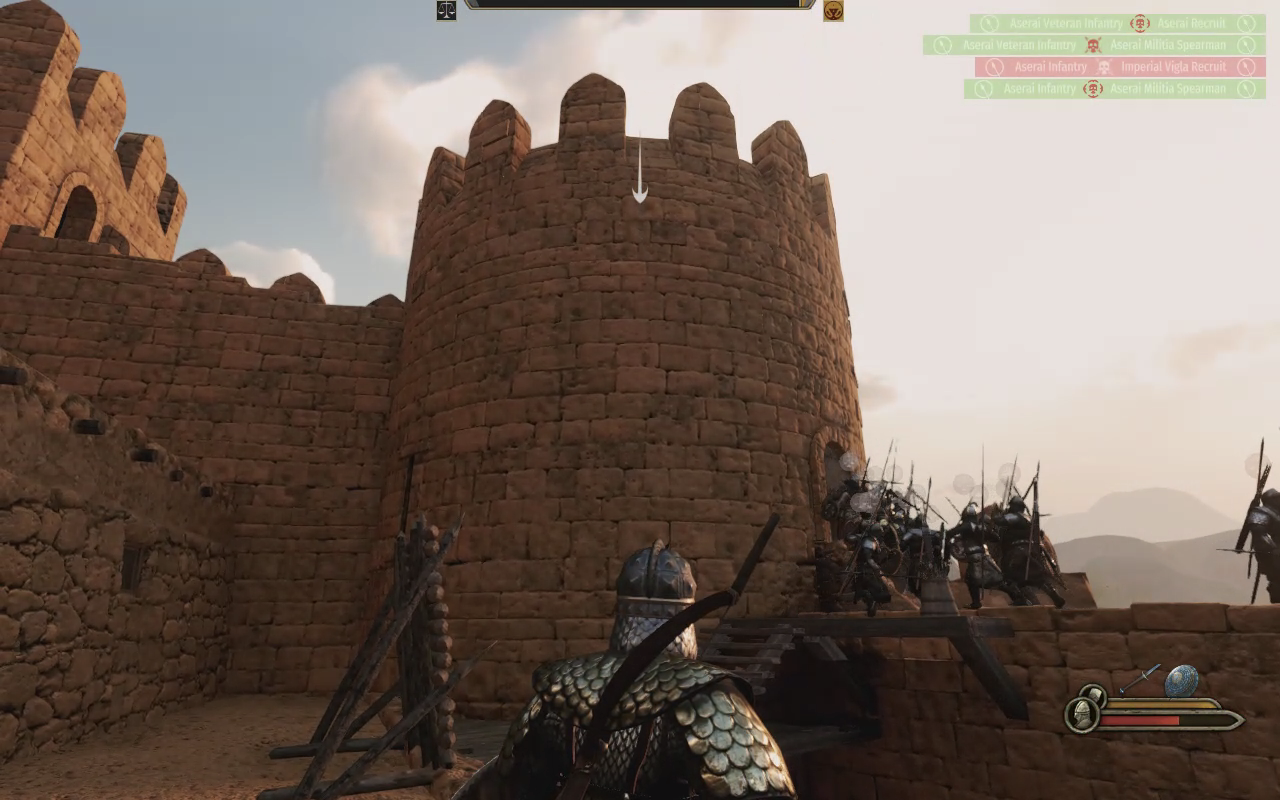 I also looked at it out of battle, and the door is closed then too. 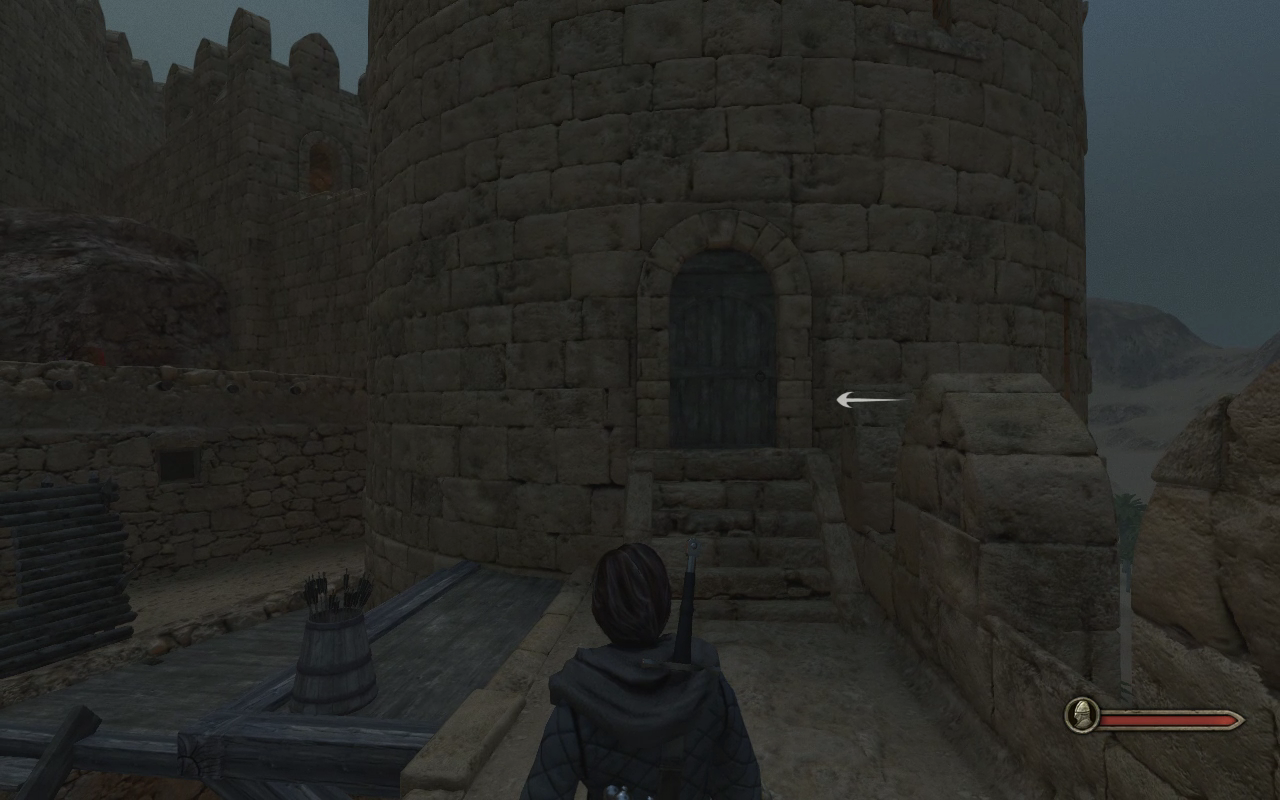 I've been informed that this bug is fixed and the fix will be sent to the game with future patches. Thanks for reporting and sorry for any inconvenience!
You must log in or register to reply here.