The 93e is a regiment dedicated to playing Napoleonic Wars community hosted events in the North American region. Formerly known as the 1teSchls, we aim for historical accuracy in our gameplay as we reenact how the famous French regiment fought in formations. We are actively searching for active, mature, and loyal members. We are more of a gaming community than a regiment for public play and linebattles. We are friends and enjoy playing other games such as Total War, Warband Mods, and even Planetside 2. Although we strive to be disciplined we will not enforce a strict "PTS" or mute players; it is however up to you to keep a level of maturity. I encourage those interested to volunteer and try us out before making a definite decision.

If you are interested in joining us, please apply on our website which can be found below. Please note that we do not accept Europeans unless your schedule permits it due to time differences. We truly want to help if you have any questions about enlistment or contacting us please contact one of our trusted members for information or contact us through the following:


Please apply on the website at http://93eregiment.enjin.com/home to formally join!

The 3 core parts of how you should present yourself on or off the battlefield. All members are required to abide by these principles. By joining you agree that you have read these rules, failure to follow them will result in termination from the 93e.

Rankings are a unique system to track our users progress in the community. All men accepted start as Cadet. Starting at Corporal you gain NCO status and may lead in combat. We ask that you never beg/ask for ranks and accept what you get. We aim to be a mature and fun community that encourages hard work if you wish to gain status in the regiment.

The 93e Régiment d'Infanterie was involved in more battles than any other regiment in the French army. During the Napoleonic Wars the regiment fought in 76 battles and earned 3 Battle Honors. The regiment was involved in combat ranging from Italy and Spain to Russia and Germany. The regiment took part in some of the greatest battles of Napoleon's era such as Essling, Wagram, Borodino, Dresden and Waterloo. So intensely involved was the regiment that it even fought as marines during the Battle of Trafalgar in 1805. After its historic efforts at Essling, the regiment was praised by Napoleon, exclaiming, "You see that there is nothing impossible with such men". From this, the regiment got its motto "To such men, nothing is impossible!". From 1797 to 1800, the regiment was a major contributer to the war in Italy against Austria. It fought bravely during the campaign and took part in all of the major battles. After this it was stationed at Rochefort, guarding the harbor island of Aix. From 1804 to 1806, the 93e became the garrison of marines for the boats that it had guarded. During this time it fought at the famous Battle of Trafalgar, not many other regiments can say they had such an honor.

In 1806, the regiment became part of the Grande Armee, fighting against the Swedes before fighting on two fronts in 1808. The 4th battalios of the 93e Ligne fought in Spain while the 3rd fought in Austria before joining with the rest on the Danube River. Once reunited the regiment took part in the three battles which earned the regiment its battle honors and its motto. (Eckmühl, Essling and Wagram). In 1809 the regiment heroically participated in these historic battles, standing out in Essling when it charged forward into the advancing Austrians, decimating 6 battalions of infantry and skirmishers before fighting off Austrian Uhlans to regroup with the rest of the army. At Essling the challenge presented to the 93e Ligne was deemed impossible, yet with bravery and courage it charged forward, "To such men, nothing is impossible".

Napoleon's march on Russia saw the 93e Ligne yet again off to war. All battalions were reformed and marched forward with the rest of the army. The fighting was hard yet the regiment managed to fight through Borodino before reaching Moscow. Coming under heavy fire from Russian cannons at Borodino, the regiment advanced against the Russian infantry, taking a couple standards and losing a fair amount men before being forced to withdraw by the Russian cossacks. After Moscow the regiment retreated with the rest of the army yet survived enough to still be effective in the following campaigns in Germany. The regiment decisively participated in the battles of Dresden, Leipzig and Hanau in 1813 before continuing to fight valiantly in France until Napoleon's abdication.

During the "Hundred Days" the regiment was re-organised and marched into Belgium. There the 93e Ligne fought at Quatre Bras putting up a steady defence before having to fall back. The next day, the regiment was then heavily involved in a lot of fighting at Waterloo. After the defeat, the regiment retreated back to Laon and took up positions, ready to defend the capital. There it stayed until Napoleon's final abdication, marking an end to the regiments history during the Napoleonic Wars. Afterwards the regiment remained and took part in many Wars fighting in both World Wars. Today it still exist, carrying on the regiments illustrious history.
This was all written by Greenbeard, I cannot replicate such detail to history without going in to depth such as he did. 
We represent the 1st battalion grenadier company. The following is a description of grenadiers. In 1805 approx. 1/3 were veterans of at least 6 years' service. Thearmy of 1812 was almost as good as the famous Grand Army of 1805-1806. In 1812 however there were less veterans in the ranks. According to de Segur the old-timers could easily be recognized "by their martial air. Nothing could shake them. They had no other memories, no other future, except warfare. They never spoke of anything else. Their officers were either worthy of them or became it. For to exert one's rank over such men one had to be able to show them one's wounds and cite oneself as an example." They stimulated the new recruits with their warlike tales, so that the conscripts brightened up. By so often exaggerating their own feats of arms, the veterans obliged themselves to authenticate by their conduct what they've led others to believe of them.


French Regulations of Internal Economy and of Infantry [Section IX said:
issued in 1791]Grenadiers are supposed to set an example of good conduct and of subordination. They are always to be selected from the soldiers of the most distinguished and approved merit. Every year, on the 9th September, a list of privates to complete the grenadier company is to be formed. Each of the several captains in a battalion will select the 3 most eligible men from his fusilier company to become grenadiers. These selected men must have been serving for at least for 2 years and be at least 173.5 cm tall (French 5'4"). These selected men were assemled, talked about, and examined by the captain, officers, NCOs and two senior troopers of the grenadier company. The captain of grenadier company listens to the reports and remarks made, note down such as appear to him founded and then decides whom of the selected men put on the list to propose to the commander of demi-brigade. The commander of the demi-brigade judging from the reports which have been given to him by the captain will accept only those of the earlier selected by the captain men who "deem worthy of a decided preference."
Click to expand...

Enlistment as a Cadet takes a week or so to receive a promotion to Soldat de Deuxième (SoD). To achieve promotions read over the following notice:
So you want to be promoted? That's great to hear that you are willing to move up in the army and become a higher ranking member. So do not feel discouraged if you haven't been promoted yet. They are done on officer evaluations and sentiment toward you. So the best way is to follow the Code of Conduct and follow the school of the soldier.

l'école du soldat
the school of the soldier

1. Being Active - Make all of our linebattles, be at the entire event and notify officers when you will not be able to make events.

2. Maturity - I perfer a mature player over a skilled player anyday. Because a mature player can learn to become skilled and he will always handle situations properly. This includes being quiet in a battle or just saying GG at the end of games.

3. Responsibility - NCO's are to be expect to work with new players and should be able to have a relaxed approach and a pledge to always come through with work. If you show interest in being an NCO then just do all of the above and you may gain that rank in time!
Misc section, a roster and media gallery shall be added soon.

When in the hell can I get in the action?
Check the event list cadet!

Signature Show your support for the regiment while browsing the community board.
Simply put this in your "Profile" under "Forum Profile"

Good luck with this

Thanks for the support!

The name change is refreshing, long live the new 93e!

Sure, just apply on the website (93eregiment.enjin.com) or add Menelaos16 on steam.

Here are some miscellaneous screens, didn't get the TS.

Ah, and so another New Year has begun.

Cop, why you so bad? 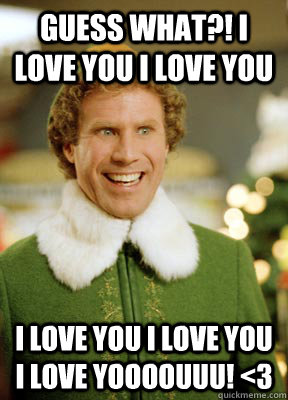 Stubbs said:
Cop, why you so bad?

I love you too.

Screenshots from tonight's Training and Pvt. LB with the FKI.

Had a bit of fun today with the 1stBE.

It was a good battle, hopefully we get a chance to fight them again in the future!